Make in India: Gearing up to Welcome the Chopper on Indian Roads

Boasting of a revving engine and perfect designs, choppers have had the fancy of motorcyclists for long

By Sanchita Dash February 16, 2018
Opinions expressed by Entrepreneur contributors are their own.
You're reading Entrepreneur India, an international franchise of Entrepreneur Media.

Be it Easy Rider or GhostRider, if there’s one thing apart from the plotline in these movies that held everyone’s attention, it was the fancy bikes the protagonist zooms past in every situation. Choppers are custom motorcycles that are made by assembling different parts of bikes together.

Boasting of a revving engine and perfect designs, choppers have had the fancy of motorcyclists for long. For too long, Indians have waited for these bikes to make their way into the roads of India. And their prayers have been answered by Avantura Choppers. Led by Gaurav A. Aggarwal (Founder & CEO), Vijay Singh (Co-founder & CRO) and Amitabh Biswas (Founding Partner & CMO), the company which claims to be India’s first homegrown premium chopper motorcycle brand, has brought about two choppers Rudra and Pravega, both with 2000 cc engines. 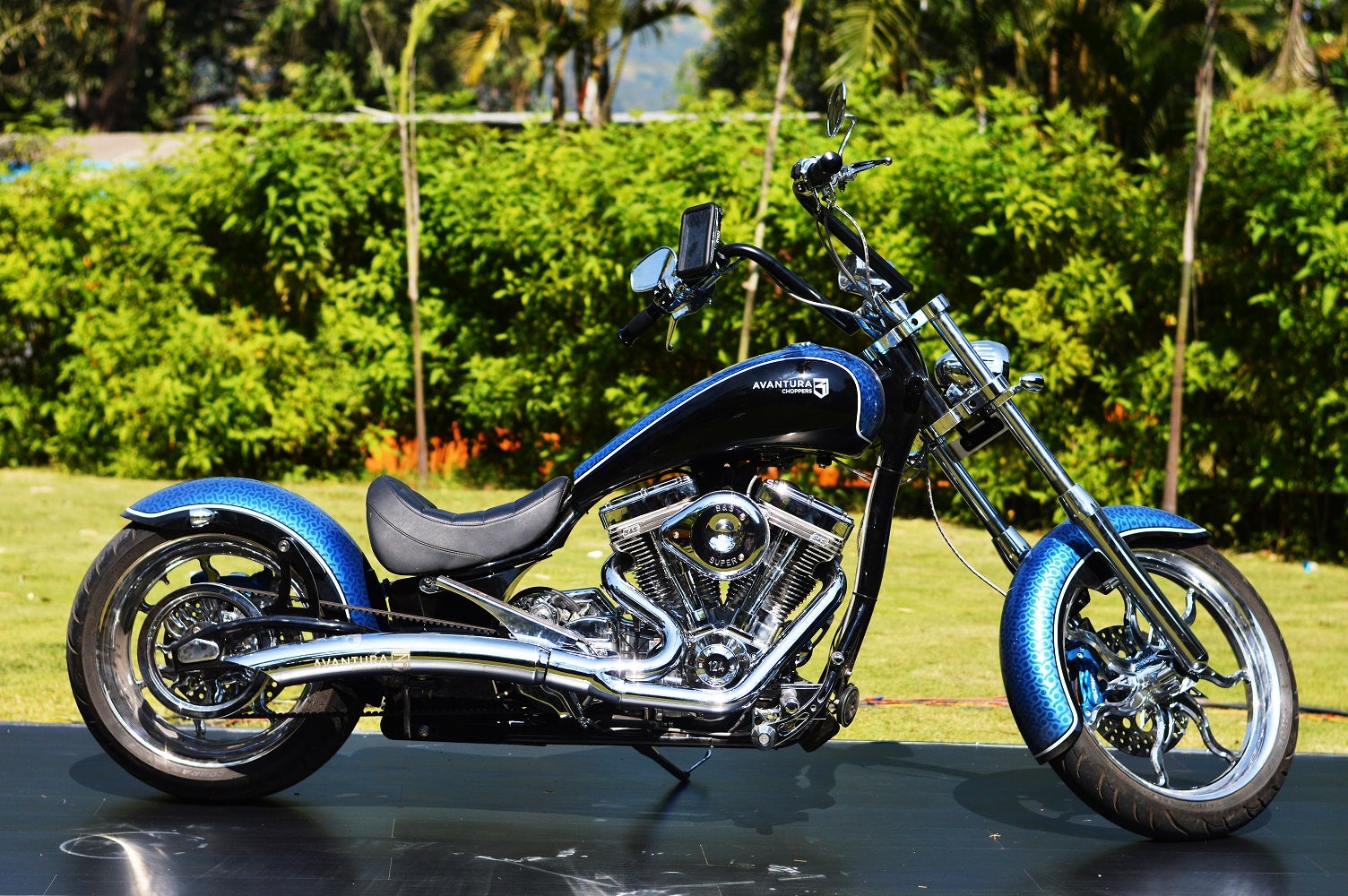 Born Out of Love

For Aggarwal, starting Avantura Choppers was an idea that came out of personal experience – from his love for motorcycles and speed. Seven years ago, when he set out to buy a chopper for himself and looked at the motorcycle customization industry in India, he wasn’t happy with what was available in the market. “Choppers are a different league altogether. In India, one had to do with whatever was available,” said Aggarwal.

And that’s when he decided to take matters into his own hands. Two years ago, he started the company along with Singh and Biswas and today they have two motorcycles in the market for which they await the required certification.

Challenges of a Chopper

Even though Aggarwal comes from a manufacturing background, one of the major challenges they faced while starting up was getting the design and the geometry right. To resolve the same, they roped in Kevin Alsop (Founder of Big Bear Choppers, USA), who is considered as an ultimate global authority on choppers, as the Chief Design Engineer of the brand.

One would think that having a chopper on the Indian roads can be a difficult task for the latter are not in a great condition. But Aggarwal clarifies that the chopper is not meant for daily commute. “The bike is built for leisure riding, which is meant for outside the city roads (the highways which are in good condition). But keeping in mind the Indian roads, we have reengineered the bikes to suit the same with a ground clearance of 150 mm,” he said.

Standing Out in The Crowd

Considering that the chopper caters to the luxury segment, the brand reveal was done in three stages with a final showcase at the India Bike Week in November, 2017, in front of motorcycle enthusiasts from across the country. “People were in awe of the fact that an Indian company could build a real business model for a chopper. We have managed to maintain the true grandeur of a chopper and that left the crowd in a tizzy,” said Biswas.

Talking about the target audience, Biswas said that they are looking at experienced riders and not just adrenaline junkies. “It’s meant for those who actually want to enjoy the ride,” he said. Currently catering to the top cities of India, they are looking at riders above the age of 30. While the bike is not categorised for men or women, they are also considering a women’s special edition in the future.

The Indian motorcycle market sees a sale of 1.8-2 million per month, mainly filled with lower power range bikes which are meant for commute. The number decreases drastically when one considers powerful bikes with over 1200 cc engine power. However, the duo believe the future is good. “By 2022, the size of the annual motorcycle sale of bikes over 1600 cc is expected to be over 20,000. This product category takes over 6-8 per cent of the market and is only set to increase over the years,” they said.