Manushi Chillar was crowned Miss World from India in 2017

When an aspiring gynecologist and cardiac surgeon Manushi Chillar was crowned for Miss World in 2017, she became an incredible inspiration for all the women in India who easily give up on their dreams.

With the same aspiration, Miss World India represents  every girl’s dream of getting married in a gala ceremony in her first television commercial for the legacy jewelry brand Malabar Gold & Diamonds. In the advertisement, alongside  Bollywood diva Kareena Kapoor Khan, Chillar shares her dream of a big wedding in the most beautiful way that even Kareena Kapoor Khan, tho already married,gets mesmerized to marry again. 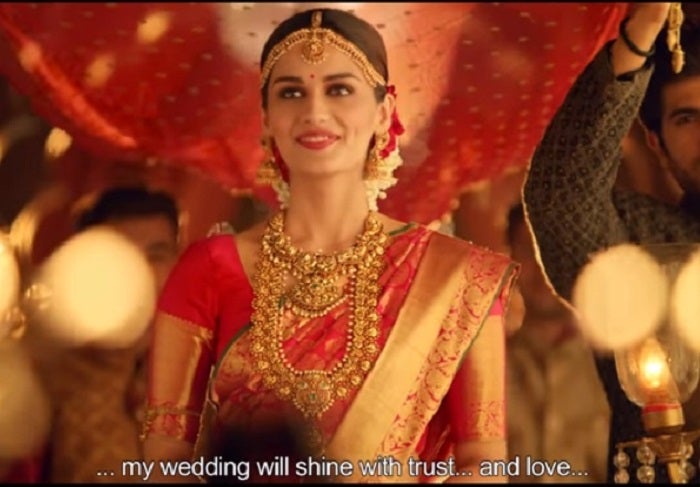 Both Manushi and Kareena look so beautiful donning Indian gold in the advertisement that you would not be able to take your eyes off screen.

For the longest time, world’s leading jewelry brand group Malabar Gold & Diamonds had Bollywood megastar Kareena Kapoor Khan as a brand ambassador. Adding Manushi Chillar as a new brand ambassador is like another feather in the beauty of the brand.  One of the five world’s best jewelry group, Malabar Gold & Diamonds has 214 showrooms spread across nine countries. With the huge fan base of Manushi across the world, the brand has developed its successful marketing strategy to make its global presence even stronger.

The 21-year old Chillar is the sixth Miss World from India who had won this prestigious title which defines the perfection combination of beauty plus intelligence of women. Hailed from the medical background, Chillar is already a brand ambassador of Haryana-government supported ‘Amenia Free Haryana’. Chillar is an active campaigner of women hygiene. The Haryana-born beauty had started her women hygiene campaign ‘Project Shakti’ that creates awareness about menstrual hygiene in rural areas before even participating in Miss World pageant. From then to now, Chillar is keeping up her good work for social causes.

The 2017 Miss World also has couple of film offers in her kitty to be a part of Indian cinema. Let’s see where this intellectual beauty makes her next on-screen presence.

Take a quick look at the video of advertisement above.