The closure comes after footage of the arrest of two black men who tried to use the bathroom in a Philadelphia Starbucks went viral, sparking boycott threats.

Starbucks is closing all its stores nationwide on May 29 after an incident in which two black men were arrested at a Philadelphia location.

The coffee giant on Tuesday announced plans to close all U.S. stores for the afternoon of May 29. Starbucks said in a statement it plans to "conduct racial-bias education geared toward preventing discrimination in our stores."

"The training will be provided to nearly 175,000 partners (employees) across the country, and will become part of the onboarding process for new partners," Starbucks said in a statement.

The training will cover topics such as "implicit bias" and "conscious inclusion." 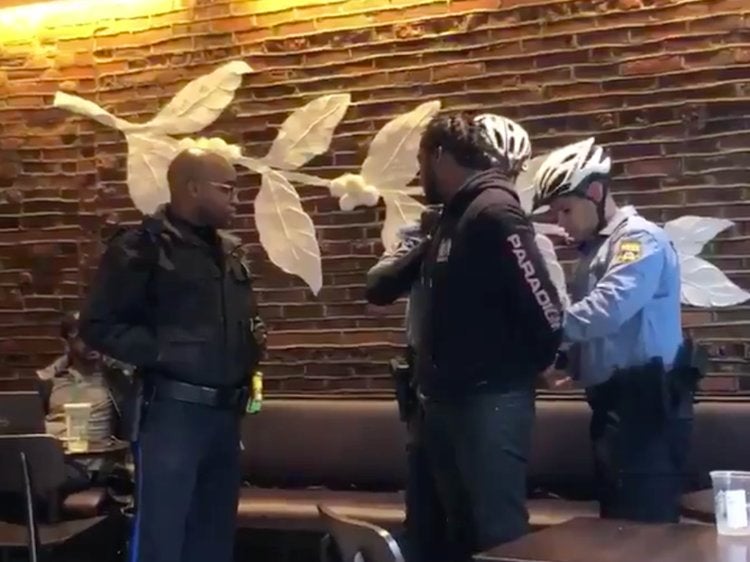 A viral video shows Philadelphia police arresting two black men inside a Starbucks as witnesses protest that the men "didn't do anything."
Image credit: Twitter/@missydepino

Kevin Johnson, Starbucks' CEO, was forced to apologize this weekend after a video of two black men being arrested at a Philadelphia location of the coffee chain went viral. Employees called the police when the men refused to leave the Starbucks after asking to use the restroom without having purchased any drinks.

"I've spent the last few days in Philadelphia with my leadership team listening to the community, learning what we did wrong and the steps we need to take to fix it," Johnson said in a statement. "While this is not limited to Starbucks, we're committed to being a part of the solution. Closing our stores for racial bias training is just one step in a journey that requires dedication from every level of our company and partnerships in our local communities."

This will mark only the second time that Starbucks has closed all locations for training efforts. The last time the company did something similar was in 2008, when the then struggling chain shut down all U.S. locations to retrain employees on improving the "Starbucks Experience" by boosting technical abilities and customer service.

Starbucks said it was working with a number of experts to develop the curriculum for the training. Bryan Stevenson, founder of the Equal Justice Initiative; Sherrilyn Ifill, president of the NAACP Legal Defense and Education Fund; Heather McGhee, president of Demos; former U.S. Attorney General Eric Holder; and Jonathan Greenblatt, CEO of the Anti-Defamation League, will be among the experts consulted, according to the company.