Zuck Takes the Stage: Everything You Missed From Facebook F8

Stay informed and join our daily newsletter now!
Will be used in accordance with our Privacy Policy
Rob Marvin
Associate Features Editor
May 2, 2018 5 min read
This story originally appeared on PCMag

"Let's say your friend is testifying before Congress ... let's not do that again anytime soon," he quipped at Facebook's F8 developer conference.

Watch Party lets you set up a thread with friends to watch a live video in small groups with running commentary. Facebook has been testing the feature for months, but a wide rollout is planned soon.

F8 2018 comes after the most controversial year in the platform's 14-year history. Zuckerberg spent the beginning of his keynote repeating many of the talking points about data and trust we've heard again and again on his apology tour in the aftermath of the Cambridge Analytica scandal.

He ran through a greatest hits of all the changes Facebook has made to improve how it handles advertisers and user data: fact-checking and fake news bans, political ad verification and a whole timeline's worth of new tools and policy updates.

Zuck also touted the new clear history feature Facebook is building to finally let users completely wipe their information from all the apps and websites using their Facebook data. 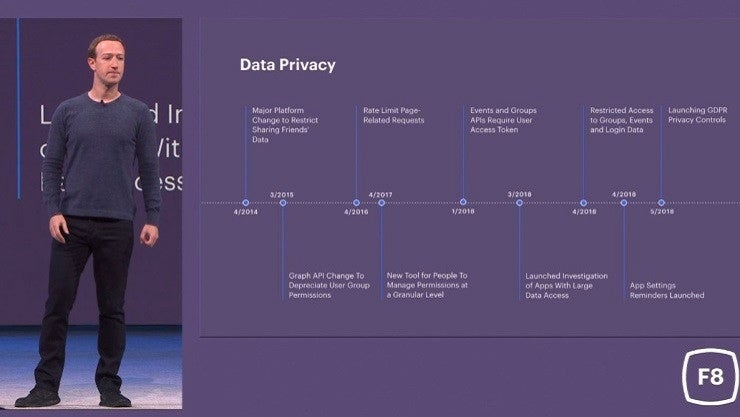 Aside from clear history, the biggest news out of F8 is Facebook getting into the dating app game, rolling out video chat for Instagram and releasing its standalone Oculus Go headset.

But Facebook likes to stuff as much product news into its developer conference as humanly possible. Here's are the highlights of everything the company announced at F8 this year.

In a surprise near the end of the F8 keynote, Facebook announced 3D Photos, a new type of media that lets people capture 3D moments using a smartphone and share them on Facebook.

Coming this summer, these more immersive photos don't quite look like 360-degree shots, but they have more depth than a still image. PCMag's Michael Kan snapped this video of how 3D Photos look in the News Feed.

Later this year, Facebook will roll out a simplified Groups tab intended to make joining and managing groups easier. Aside from Watch Party, which lets everyone in a group watch an event together, Facebook is also releasing a new live commentating feature that lets people narrate the video using a split-screen display.

The platform is also adding an embeddable Join Group button, which developers can add to their emails and websites. It's basically a call-to-action button to send users directly to the Facebook group they want to join. 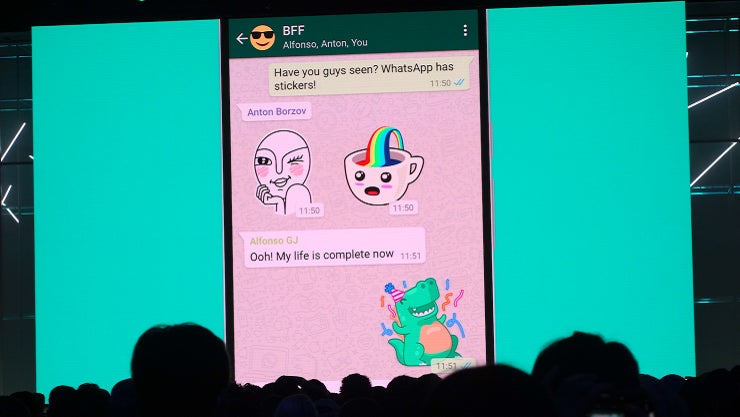 Zuckerberg also briefly addressed the departure of WhatsApp co-founder Jan Koum, who announced Monday that he is leaving the company.

Much ado about Messenger

Much of the F8 keynote was spent on all the changes coming to Messenger. First, Facebook is redesigning it again. The overhauled layout, which Messaging head David Marcus said is coming "very soon," has a single chats column with icons on the top-right to send a picture, start a video chat or send a new message.

There won't be any more games and superfluous features clogging up the messaging app, though Facebook is reopening its app review process with new privacy-focused requirements for developers. 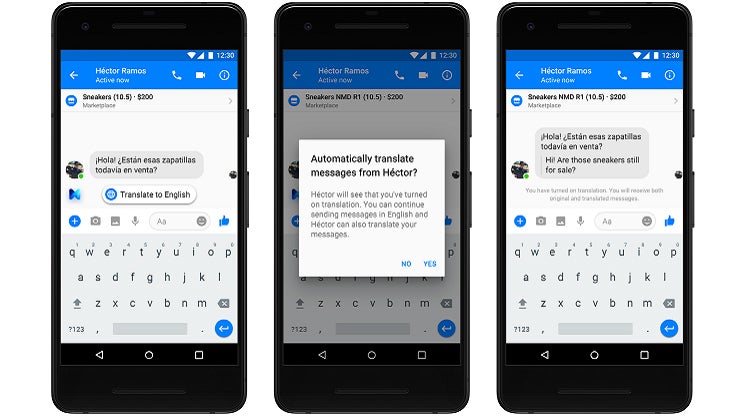 Facebook is also rolling out several new Messenger tools for businesses, including an augmented reality Camera Effects feature launching in closed beta to let brands integrate AR into the messaging experience with the more than 300,000 active chatbots on the platform. Launching with partners including Asus, Kia, Nike and Sephora, Messenger will ask users to authorize camera access to try out products in augmented reality.

Lastly there are new features for M, Facebook's neglected virtual assistant. M can now do translations within Messenger for businesses and sellers interacting with customers through Facebook's Marketplace tab. If a customer messages a buyer in a language different from a seller's default, M will automatically ask to translate it the same way Google Translate does in search results.

M Translations are launching with English-to-Spanish and vice-versa options, but Marcus said the company will gradually roll out M suggestions for translations in the coming weeks, and additional languages in the next few months.

One thing we didn't hear about today is Facebook's rumored "Portal" home speaker, which the company delayed in the wake of the Cambridge Analytica scandal.

Facebook Denies Being a Social Network in Lawsuit Response