Where the government is lacking, a pizza company is delivering.

If you’re worried America’s notoriously pothole-ridden streets will crumble unchecked after the recent $1.5 trillion tax cut, just order a pizza and hope for the best. Domino’s, it what is apparently much more of a publicity stunt than an infrastructure initiative (yet is still more innovative than the typical state highway department) has revealed a “paving for pizza” partnership to repair potholes in towns where it sells pizzas.

“Potholes, cracks and bumps in the road can cause irreversible damage to your pizza during the drive home from Domino’s,’’ the eatery warns. “We can’t stand by and let your cheese slide to one side, your toppings get un-topped, or your boxes flippled. So we’re helping to pave in towns across the country save your good pizza from these bad roads.” 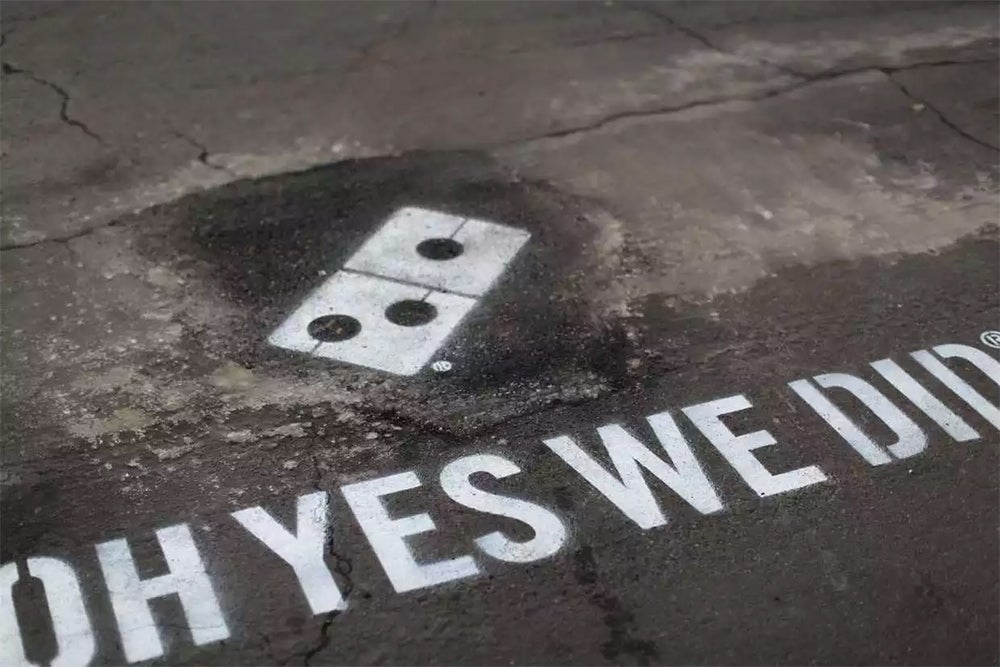 This could be a very long running ad campaign. According to the National Surface Transportation Policy and Revenue Study Commission of the U.S. Congress, it will require spending $185 billion every year for the next 50 years just to keep America’s roads and bridges from getting worse than they are now. The country is collectively spending $68 billion annually on road and bridge repairs, or a bit more than a third of what’s needed.

The Domino’s initiative isn’t promising to fill the gap (so to speak). A quick tally of the stats on the company’s site reveals it's filled 203 potholes, so far, in four cities of varying sizes. Athens, Ga., received by far the most asphalt with 150 filled potholes. In car-crazed Southern California, the Paving for Pizza initiative has filled five potholes, all in Burbank.

Related: The One City in America Where You Can Get Domino's 'Breakfast Pizza'

The program is accepting nominations for towns to assist. The nomination forms makes no guarantees about road work ever getting done (which makes Domino’s no worse than the government on this topic) but does allow for the purchase of a large carry-out pizzas for $7.99.