Stressed? Here Are 5 Quick Relaxation Hacks You Can Do Almost Anywhere

Try these subtle stress-busting exercises that take as little as five minutes.
Next Article

Let’s talk about the “s-word.”

While stress levels among American adults have remained consistent over the last two years (averaging 4.8 on a scale of 1 to 10), people were more likely to feel the effects of stress in 2017 than the previous year. In fact, 45 percent of Americans reported their stress translated to lying awake at night during the past month, according to the American Psychological Association’s annual Stress in America survey. And about one-third said their stress led to feeling nervous/anxious, irritable/angry or fatigued.

Women have it even worse -- they’ve reported higher stress levels than men since the survey began, and in 2017, women’s stress levels increased slightly while men’s dropped.

What we can do to tame those cortisol levels? We’ve got a roundup of five quick exercises you can do anytime and anywhere to tap into your inner zen.

Focus on your breath. 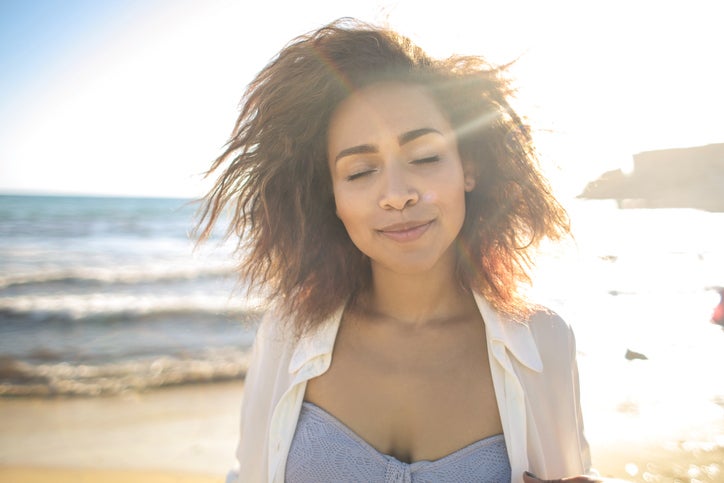 Our breath patterns are known to change when we’re relaxed, stressed, fearful or excited, so it makes sense that the process often works in reverse -- in other words, breathing in a relaxed way usually promotes feelings of calm. Another perk of breathing exercises: You can do them anywhere, and they’re relatively subtle. One of the most common techniques is the 4-7-8 exercise developed by Dr. Andrew Weil, author of Breathing: The Master Key to Self Healing. To prepare for the exercise, rest the tip of your tongue against the roof of your mouth, and try to keep it there throughout the exercise (some people find this easier with lips slightly pursed). Let your lips part, and exhale completely.

Here’s how you get started: With your lips closed, breathe in through your nose over the course of four seconds, hold your breath for seven seconds and, with a “whooshing exhale,” release the air over a period of eight counts. You can repeat the process as many times as necessary -- it’s meant to serve as an oxygen boost and a method of slowing down heart rate. 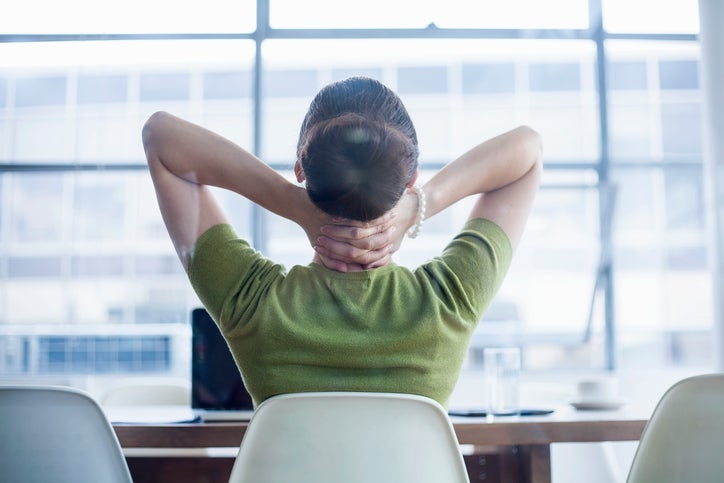 Whether you carry tension in your shoulders, neck, or any other area, a 10- to 15-minute tense-and-release exercise is a prime way to relax. At your desk, systematically tense different parts of your body, hold for a few seconds, then release. Start with your toes and feet, and move all the way up to your neck and face. Each time you release a muscle group, notice the difference in how it feels. People with constant tension can become so used to the feeling that they no longer notice it, so this exercise aids in awareness for tension in the body. It can also help you to cue a relaxed state when you feel yourself starting to become stressed. 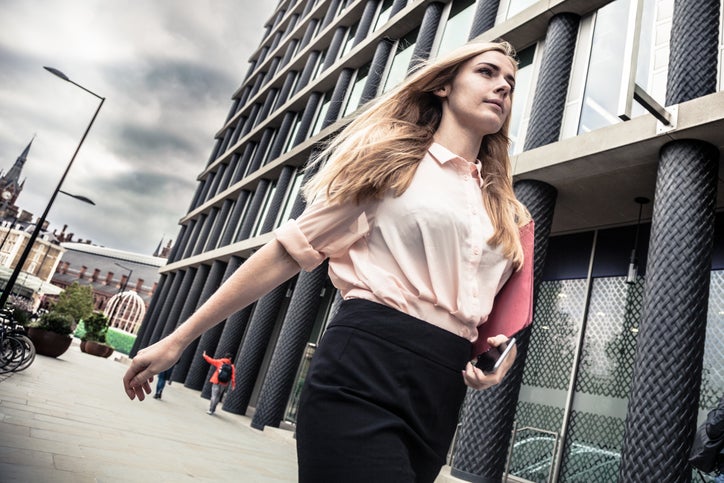 Try walking around the block to ward off stress. Physical activity -- even a brief, brisk walk -- amps up the brain’s production of positive neurotransmitters, also known as endorphins. Exercising regularly can help clear the mind, improve sleep and assuage mild depression and anxiety symptoms. Scheduling a half-hour walk amidst a day of calls and meetings can seem infeasible, but even taking three 10-minute walks over the period of one day can bring about similar benefits as one longer stint of exercise, according to the Mayo Clinic. Another perk? A recent TED Talk by behavioral and learning scientist Marily Oppezzo showed that exercising in the form of walking can boost creativity levels. In fact, people who brainstormed while walking on a treadmill averaged close to twice as many creative ideas as their seated counterparts. 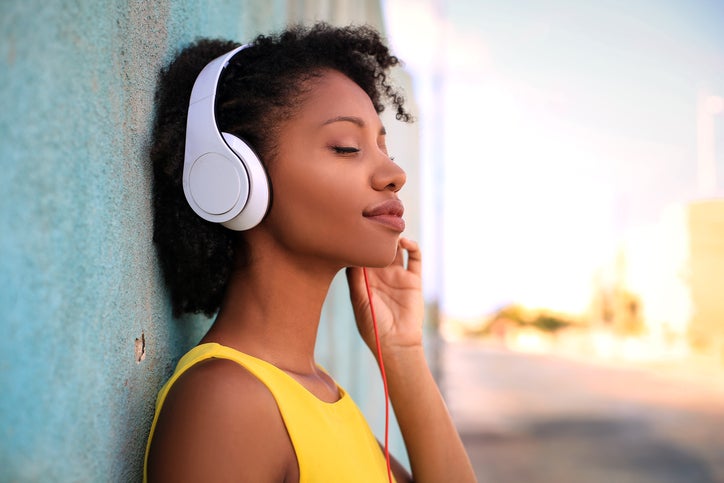 Americans spent an average of about 32 hours a week listening to music in 2017, up 5.5 hours from the year before. One of the many reasons it’s a beloved pastime: Music can influence mood quickly and completely -- even when it comes to minimizing stress. According to an article published by the Public Library of Science, listening to music before a stressful situation helped the autonomic nervous system -- which is responsible for breathing, heartbeat and digestion -- recover faster from feelings of stress. Try creating your own playlist to de-stress, or turn to an existing one (for example, streaming platform Spotify has curated options like “Relax and Unwind,” “Nature Noise” and “Calm Down”). 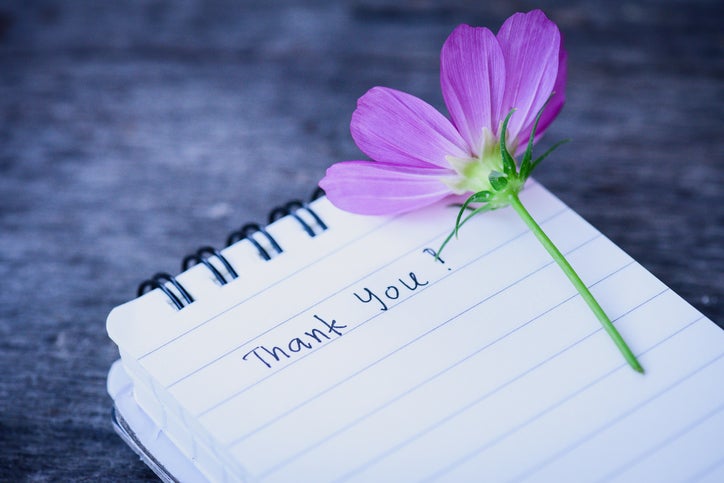 One of the simplest stress busters of all? Think about what you’re thankful for. Adding gratitude into your daily routine can take many forms, but however you introduce it, it could decrease stress levels and boost your general happiness. Research from University College London suggests that practicing gratitude can increase optimism and sleep quality -- as well as decrease diastolic blood pressure. Try incorporating gratitude into your daily routine by thinking up five to 10 things you’re grateful for just after waking up or before going to sleep. If you’re a visual learner, consider investing in a gratitude journal that prompts you to jot down your thankful thoughts.

5 Meditation Apps to Help You Find Your Peace

Tired of Sitting at Work? Try These 5 Top-Rated Standing Desks.