Dating back almost 100 years, several alternative therapies have originated in India, and are practiced all over the country, and are chosen for their incredible healing properties, completely devoid of any side effects. Yoga, one of the most practised forms of alternative therapies in existence, owes its huge popularity to the scientifically proven health benefits it offers, helping one achieve calmness and control over one’s emotions in every aspect of life. This is a major indicator of the growing acceptance of alternative therapies and their effectiveness, not only in curing illnesses and ailments but also in unlocking the key to a more balanced, healthy life.

Although traditional medicine, including Antibiotics and Allopathy, are still preferred by the majority of individuals, alternative therapies like Acupressure and Reiki are rapidly gaining momentum, and are even recommended by several reputed doctors to their patients. The reason for this slow but sure shift is that while traditional medicine is effective in an emergency, it is usually quite expensive, and often, has severe side effects.

In the long run, these medicines lose effectiveness as the body becomes immune to them, pushing one into a vicious cycle of having to take stronger medicines to achieve results. 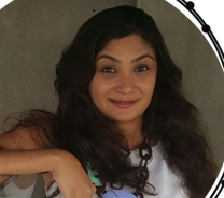 For a calmer mind:

Alternative therapies like Meditation, Chi Organiser, Aromatherapy and Reiki, are designed to work on the mind- the control centre of the entire body. They help one achieve inner stability and perspective by centering one’s thoughts, removing negativity and volatility and inducing a change in the person’s very being. Such practises can guard individuals against depression, fatigue, and several ailments of the mind, which have a direct correlation to one’s physical health, and in turn, life.

For a FITTER You:

On the other hand, therapies such as Acupressure, Power Yoga, Chiropractic treatment, work on the physical body, helping trigger specific senses, nodes, through pressure points that awaken the human body’s self-healing capabilities. Thanks to their incredible health benefits which not only affect the body but also, the mind and soul, these therapies have found immense popularity.

Furthermore, the five indigenous systems of alternative medicines from India, collectively known as the AYUSH streams, and comprising Ayurveda, Unani, Yoga, Naturopathy, Siddha, and Homeopathy, are also rapidly gaining traction and popularity in India. These natural medicines utilise the power of nature, including plants, flowers, and other naturally occurring elements, which possess healing properties again without side -effects.

With the help of the government, the AYUSH Ministry, tasked with promoting and developing education and research in these fields of alternate medicine, has brought about a consistent rise in the number of graduate and postgraduate institutes designed for the study of the same. Several central regulatory councils are also being set up to bring about infrastructural development and establish a strong regulatory framework that monitors and governs the field of alternate medicine. As a result, the AYUSH industry, currently estimated at $10 billion, is expected to grow in valuation to become a $15 billion market, by the year 2020.

Today, several start-ups have also begun delving into the world of alternate therapy, by providing preventive and holistic treatments, connecting healers with seekers, creating well researched exclusive content to shed light on these lesser known methods of treatment. This has helped generate and raise awareness among the general populace about their effectiveness in curing chronic ailments, backed by scientific evidence, thereby gradually bringing it into the notice of mainstream medical therapies.

This article was originally published on Franchise India by Sunil Pol.