We Got Funded: The Luxury Closet Founder Kunal Kapoor On The Startup's US$8.7 Million Growth Funding

The Luxury Closet is a Dubai-based luxury e-commerce portal that specially focuses on the pre-owned segment.

By Sindhu Hariharan September 10, 2018
Opinions expressed by Entrepreneur contributors are their own.
You're reading Entrepreneur Middle East, an international franchise of Entrepreneur Media.

The Luxury Closet, a Middle East luxury resale marketplace, has successfully raised US$8.7 million in growth funding in a round led by existing investors Middle East Venture Partners (MEVP) along with participation from Wamda Capital, Precinct Partners, Tech Invest Com, Saned, and Equitrust.

At a time when fundraising concerns dominate the minds of small businesses across the region, The Luxury Closet has managed to steadily raise finances in the market over the years- in April 2015, the e-commerce startup raised $2.2 million in a seed round, and closed a $7.8 million Series B round in October 2016, with its investors continuing to back the startup on its successive rounds. The current funding proceeds, however, are quite different in their utility for the startup’s founder and CEO Kunal Kapoor. “In the earlier investments, the company helped create a solid foundation in terms of bringing the team and the required infrastructure in place, and getting the second-hand model right,” notes Kapoor. “[But] we now have clear metrics and strategy of where the future growth needs to come from, and the funding will allow us to achieve these goals,” he says.

The Luxury Closet is a Dubai-based luxury e-commerce portal that specially focuses on the pre-owned segment with over 60% of their sales reported to come from high-end luxury brands like Louis Vuitton, Chanel and Rolex- brands that rarely discount their merchandise. The startup, however, gives consumers a choice to buy their wish list of items pre-owned at “a discount averaging 60% from retail.” According to a statement by the company, with studies estimating that there’s likely $500 billion worth of luxury goods sitting in closets globally, The Luxury Closet is striving “to bring the untapped supply of luxury items online.”

With respect to what the startup intends to do with the latest capital injection, Kapoor says their top priority would be to edge closer to their mission statement- to build “the largest community of sellers” from the region, and ensure a seamless experience for them. “The funding will also allow us to expand our warehousing facility, and build a client experience center. We also plan on growing our team and bringing in top talent to be a part of our road to success,” adds the entrepreneur. Explaining the steps that constituted the fundraising process, Kapoor notes that the round was “overwhelmingly subscribed by existing investors.” 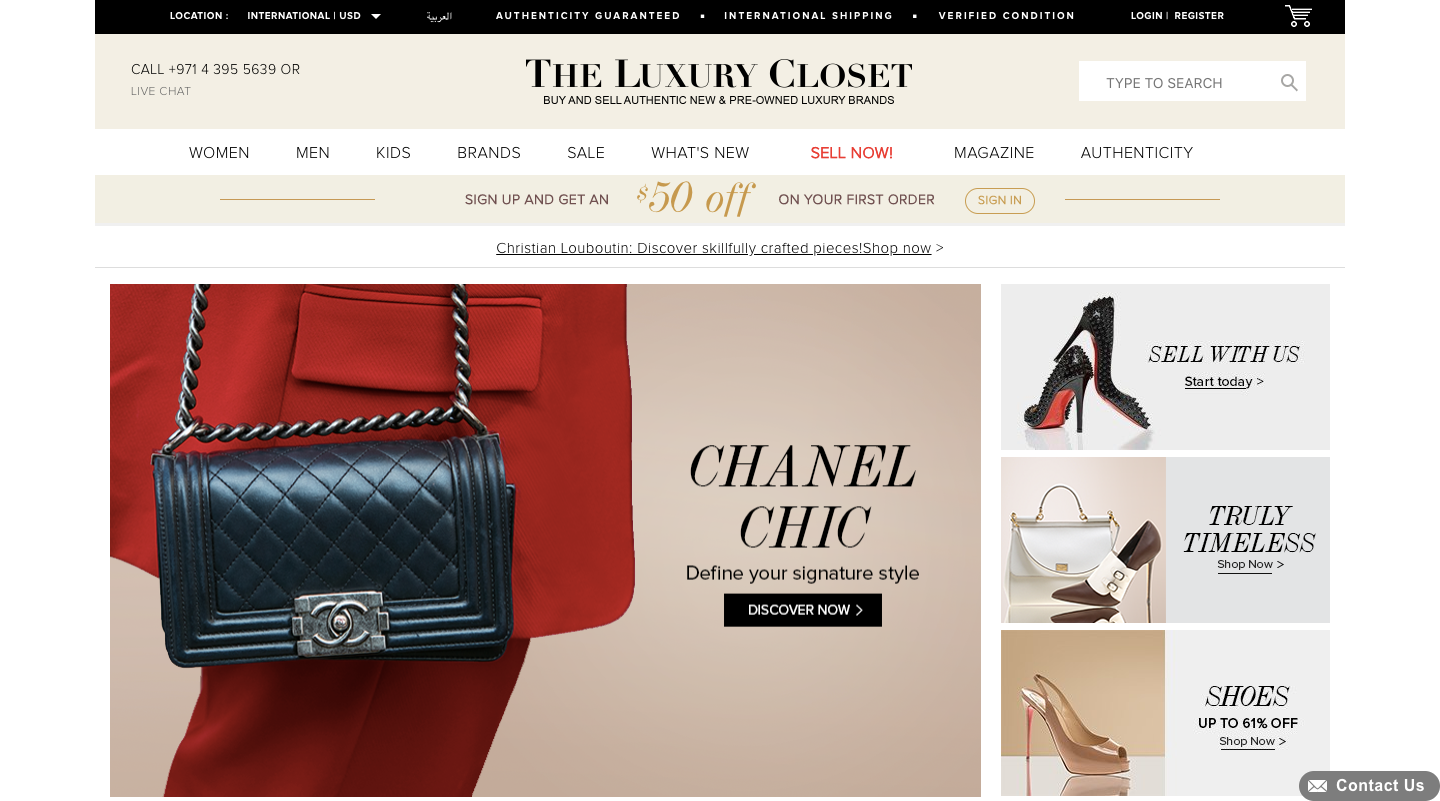 As for the pitches made to other external investors, the startup started with analyzing how big the business can be, and then went on translating this into a financial business plan using historical metrics, plus assumptions on how the metrics needed to further evolve. “In addition to the financial plan we built an info memo that explained to investors the key highlights of the company, the model, plan, how we are going to get there. The process took about two months to complete,” says Kapoor. “Next, we started our marketing phase, which was to reach out to regional and international prospective investors, and narrowed on the right partner through multiple rounds of meetings.”

As for some of the key aspects that excites the company about aligning with such top tier investors, Kapoor says that the solid industry understanding and the wealth of advice that such investors bring in can come in very handy for them in scaling their business. “Investors also know what other investors look for and have a wide network; their assistance in fundraising is key. However, most importantly, they are our ambassadors who are constantly spreading the word about the company and connecting us with others who will help us build the company we dream of!”

The entrepreneur is also optimistic of the potential of the market they operate in. Kapoor cites analysts’ predictions that the MENA luxury market could be worth over $12 billion by 2021, with the second-hand vertical by itself expected to be over $900 million. “In developed markets, one in ten luxury purchases are pre-owned, while if we look at watches alone, it’s one in five purchases,” Kapoor notes. “We are barely scratching the surface as in the Middle East, the segment is underserved and there is massive room for growth. We now have 22,000 unique items on the site, which makes the catalogue comparable to some of the biggest malls in the region. However, this number can be multiplied many times over.”

This brings us to the startup’s key business proposition, which did turn heads when it launched, but one can’t ignore the substantial improvements in the luxury industry since then, with brands realizing the importance of getting online. However, Kapoor believes that perhaps the only way to buy high-end brands at a discounted price today in the region is to buy them pre-owned, and that’s where The Luxury Closet stands out. “We see this as a competitive edge that will allow us to build unique business and a focal point for luxury buyers and sellers across the world. Dubai is an amazing city to start a luxury company, and we hope to expand further outside the region,” he says.

The mention of Dubai also brings to light Kapoor’s own entrepreneurial journey- quitting his job as a Sales Manager at Louis Vuitton in 2010, with the aim of starting his own business, Kapoor came up with his statement of purpose as “to build a saleable company that sold a product that I loved, where I had some expertise.” Talking about how he arrived at a model to make luxury goods more affordable for people, Kapoor says, “I researched the model, and found two variations- an offline-only model operating in countries like Japan and Hong Kong, and an online model prevalent in the US. We later adapted the two together, an online store with an option to pick up items.”

As for the startup’s plans to keep the momentum going, along with an eye on “unlocking the best closets in the region,” Kapoor says they also plan to sign contracts with major retailers in the region, which will facilitate access to supply of new items. “On the demand side, we will grow our international buyer base; for example, the US is a fast growing market for us accounting for over 20% of our sales,” says Kapoor. Seems that sky is the limit for this startup, and we wish them all the best!

What are your top tips for the region’s entrepreneurs to secure funding for their ventures?

“In terms of tips, I think that what I learned most is that you have to choose a business that has a large addressable market. Going after something small will take much more effort, ending up in a smaller business. The second tip is in creating a team. Great people give you tailwind, and not so great ones give you headwind. It’s key to hire the right people at the right time, while it’s impossible to get it 100% right, it’s an area where you have to make most decisions right. The third tip is to have technology at the core of the business and automate processes once you get them right. I think the combination of the three will make a fast growth business that can run the marathon that’s required."

Say Hello to the Next Business Hub: Small Towns

We Got Funded: Egypt-Based Elmenus Raises US$10 Million In A Pre-Series C Round

For Your Eyes Only: BenQ Eye Care Monitor GW2480T