Facebook is in hot water amid accusations that it allowed employers to target men with job ads.

The ACLU, the U.S. civil rights organization, filed a complaint against Facebook on Tuesday with the Equal Employment Opportunity Commission, which could be the first step to a lawsuit.

In its complaint, the ACLU claimed the social network had allowed 10 firms to advertise jobs to positions at male-dominated fields "to younger male Facebook users only, excluding all women and non-binary individuals, as well as older male users."

BREAKING: We've filed charges against @Facebook and 10 employers for using the platform to target their job ads — for positions in male-dominated fields — only to younger men.

The organization is bringing its suit on behalf of three unnamed job seekers and tech union, the Communications Workers of America, with an eye to widening it to a class-action suit on behalf of millions of workers.

The 1964 Civil Rights Act prohibits employers from discriminating on the basis of gender, race, age, color or religion.

The ACLU wrote in a blogpost: "Enabled by social media platforms like Facebook, advertisers are increasingly using users' personal data to direct their ads -- including for jobs -- to individual users based on characteristics such as sex, race and age, thus excluding users outside of the selected groups from learning about these opportunities."

Facebook said on Tuesday that it was reviewing the complaint. Business Insider has contacted the company for comment.

It found that Uber had targeted ads for driver positions specifically at men across more than 12 U.S. cities. The publication conducted a survey of 91 Uber ads and found that only three didn't target a specific sex. ProPublica gathers information on Facebook ads through a browser plugin that readers can install. 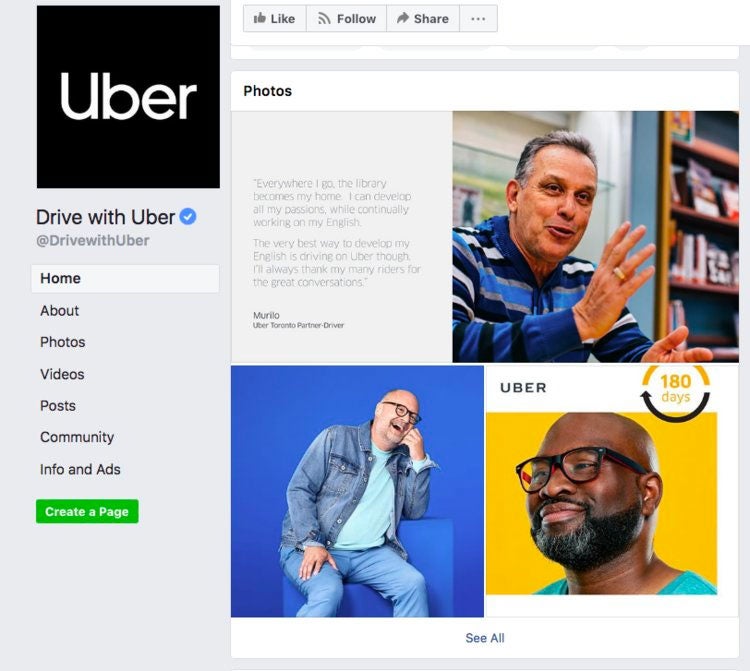 An Uber spokesperson told the publication: "Driving with Uber is not typical 9-to-5 work, and the platform is available to anyone who is qualified -- regardless of gender.

"We use a variety of channels to reach prospective drivers -- both offline and online -- with the goal of enabling more people, not fewer, to earn on their own schedule."

Not all the ads were just targeted at men. A health center, meanwhile, limited ads for nurses and medical assistants to women.