Futures Trading Could Be the Catalyst for Mass Adoption of Cryptocurrency

Whatever your depth of knowledge on cryptocurrency, you’ve almost certainly heard that the industry’s had a hard year. Ever since the record high of Bitcoin (at $19,783.06 in December 2017) and Ethereum (at $1,417.38 in January 2018), the massive speculative bubble surrounding cryptocurrencies appears to have burst.

Fewer people are searching for information on Bitcoin, fewer still are talking about it, and the endless faucet of funds flowing into it has long switched off. A market cap that once stood just shy of $750 billion has dwindled to around $210 billion in a few short months.

Against this dismal panorama for cryptocurrencies, perhaps it’s no wonder that the Federal Reserve deemed the virtual money industry not to be any threat to the existing establishment.

The US Securities and Exchange Commission (SEC) is slowly starting to clamp down on highly publicized scams and illegal activities in a bid to protect investors and regulate the Wild West. Yet, their efforts are bumbled and unclear, sending a decent amount of money offshore.

But, there are always two sides to every story. While market confidence looks to be at an all-time low, that’s far from the best indication of what’s going on behind the scenes. Ethereum co-Founder and ConsenSys Head Joseph Lubin displayed his indifference to the latest price dip, explaining that the crypto industry had already seen six bubbles, and yet, the hard work and innovation continues.

Legitimate blockchain companies are building the infrastructure of tomorrow and trying to make good on the promises delivered to investors. And, in fact, more and more household brand names and financial institutions, from Goldman Sachs, Barclays, UBS, and Walmart are buying up blockchain patents like they’re going out of style and experimenting with its use.

And there’s another market within crypto that’s (not so) quietly growing as well: futures trading.

How Does Futures Trading Relate to the Cryptocurrency Market?

To understand the significance of cryptocurrency futures trading, it helps to glean some perspective of what futures trading looks like from a traditional standpoint. Heading back to 1848 when the Chicago Board of Trade (CBOT) was officially launched, futures contracts were created for the agricultural industry to help farmers manage some of the price risks associated with their crops. They were originally used as hedging vehicles to help neutralize some of the volatility associated with having a bad harvest, a weak herd, or fluctuations in demand.

Of course, it didn’t take long for speculators to see how enormous profits could be made from taking the opposite position to the farmers and cash in big on price movements in commodities. And thanks to the interest from speculating traders, futures trading became a viable, sustainable, and often, profitable for everyone involved.

In the 1970s, as globalization was starting to become a reality, multinationals started searching for ways to protect themselves from huge price fluctuations in oil, energy, foreign currencies, and interest rates.

The CBOT introduced the first financial futures contract in 1977 so that corporations could reduce their risk against interest rates. As these grew in popularity in the 70s and 80s, exchanges began to introduce futures trading for foreign currency, stock, energy, and other areas in which price volatility was a constant issue.

These futures exchanges launched their trading vehicles at the perfect moment. Wall Street was about to begin a several-year-long bull run in stocks and bonds.

Futures trading lends itself particularly well to industries that suffer from high price fluctuations. Sound familiar? We all know that Bitcoin and other cryptocurrencies’ volatility is one of the main barriers to using it as a currency.

While token holders and diehard “HODLers” are getting fed up of watching their investments dwindle, the speculators among them are looking for new ways to make ROI. That’s where futures trading comes in.

Moreover, cryptocurrency exchange BitMEX broke the 1 million BTC mark on July 24, 2018, constituting a record for the exchange and the industry, as well, trading over $8 billion in 24-hours.

With figures like these, finally, traders in the crypto industry have something to get hot under the collar about after the bull run of 2017 dropped off of a cliff. Yet, the curious thing about futures trading is that very few cryptocurrency exchanges offer it. That’s likely to change considering the size of the trillion-dollar industry and success existing futures exchanges are seeing. 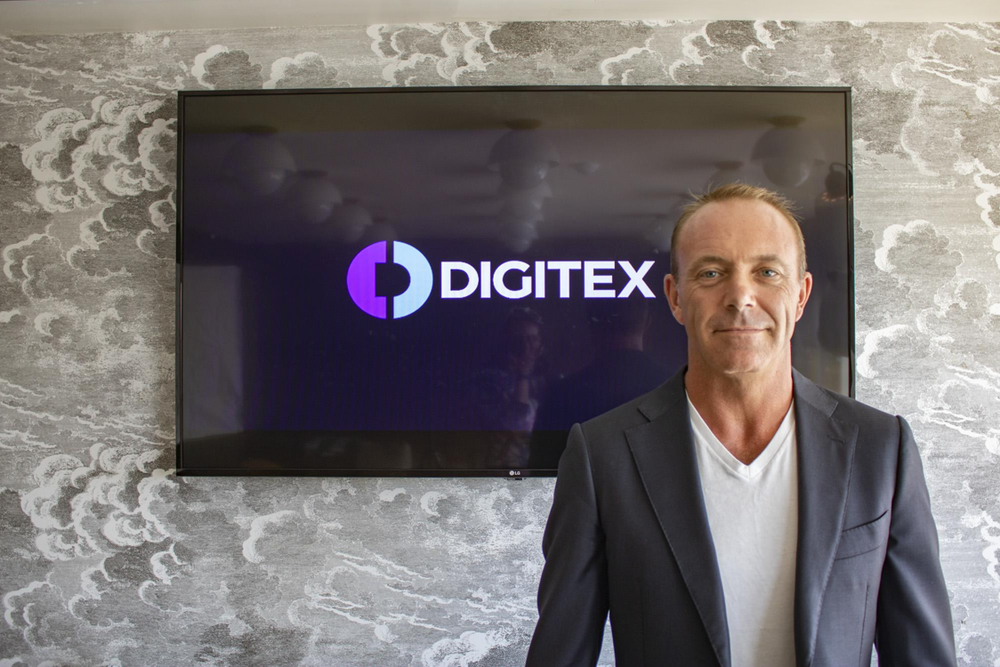 One that’s been causing a splash lately, despite being in pre-release mode, is Digitex Futures. With a launch date in December of this year and an unveiling of the live demo scheduled for the first time at the Malta Blockchain Summit next month, the company’s native token DGTX has been on a winning streak. It’s broken the top 100 cryptocurrencies and outperformed all major coins, with a growth rate of 245.69% over the last 60 days — a $12.48x ROI since the ICO at the beginning of the year.

Why is this token performing so well and the company bucking a bearish trend? Digitex Futures is offering a futures trading platform that will allow for Bitcoin, Litecoin, and Ethereum futures trading to happen 24/7--with zero commission fees. This would seem to be the secret sauce that’s getting their 50k+ Telegram group, cryptocurrency media, and traders of all stripes excited.

Zero commission fees are an interesting prospect for any trader but even more so in a bear market. Digitex’s core market is traders who want to make a daily living through high frequency, low volume trading. This type is trading is simply not viable when you have commission fees to contend with.

The company’s adding additional popular details like non-custodial account balances, a best-of-breed order matching engine and a one-click trading interface, so that day traders can trade in real time and profit on small price fluctuations where speed is of the essence.

Anticipation to the category-breaking exchange appears to be driving the price, as well as the onboarding of respected advisers and a strong, experienced team. Whether or not the exchange will deliver on its promises remains to be seen, but when you have an industry as cutting-edge as cryptocurrency and pair it with an existing one experiencing record growth, the possibilities are notable indeed. In fact, futures trading may just be the catalyst for cryptocurrency entering the mainstream.