The Food Industry Is a 'Gold Rush' for Entrepreneurs, Says the Founder of Krave Jerky and a $40 Million Marshmallow Brand

Jon Sebastiani scored a major win with his first business, Krave Jerky, when it was acquired by The Hershey Company in 2015 (financial terms were not disclosed).

The entrepreneur, whose background is in wine, founded Krave in 2009 and has since gone on to run an early stage private equity firm that invests in food companies. But two years ago, he once again got the entrepreneurial itch and founded Smashmallow, which seeks to raise the bar on what Sebastiani called a nascent category: marshmallows.

Smashmallow, which creates flavored marshmallows such as cookie dough, cinnamon churro and mint chocolate chip -- and also sells rice crispy treats -- can be found in more than 15,000 stores. The privately funded company said it expects more than $40 million in retail sales in 2019.

Sebastiani spoke with Entrepreneur about where the idea for Smashmallow came from, what his initial goals were and his advice for other entrepreneurs.

On the origin of Smashmallow

"I have a vicious sweet tooth. I have a daughter. Today she's 10 years old, but when I started Smash three years ago she was seven, and she'd always have sweet treats around the house -- cookies, brownies, gummy bears. When you're training for Ironmans or marathons you really have to be extremely disciplined on your diet, and oftentimes those don't mix with a vicious sweet tooth. So over the years one of my little tricks was marshmallows, because when you look at the ingredient panel and the nutritional deck, a marshmallow kind of scratches that itch of a sweet treat. Yet from a sugar content standpoint and from an ingredient standpoint, it's really not that bad for you." 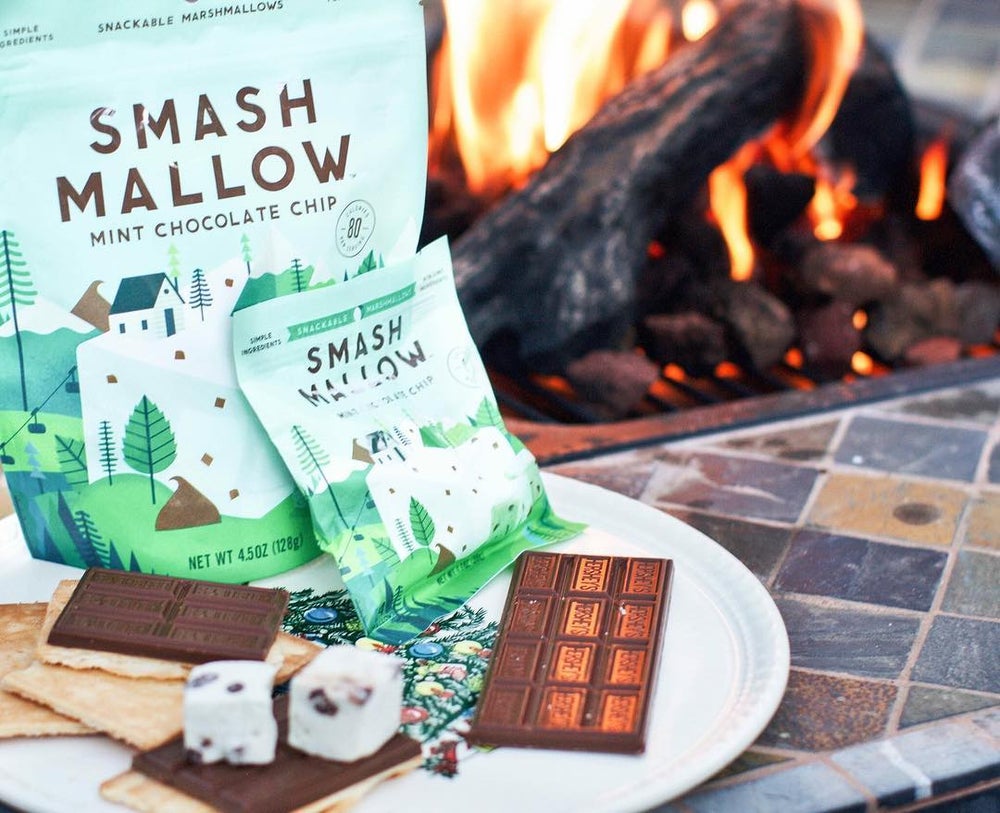 On what he thought the business could be

"The basic business thesis was, can we make the marshmallows snackable by utilizing clean ingredients, removing corn syrup and any artificial flavor and creating a more decadent experience by adding inclusions to it? So a pretty simple thesis was built, but the basic big question from an entrepreneurial standpoint [was can we] change consumer behavior. The thrill of an entrepreneur is changing consumer behavior [around marshmallows].

"We're not leading the next wave of plant-based meat replacement. This is a simple disruption, but it's an example of changing the conversation around usage occasion by offering a healthier more guiltless sweet treat."

"Most people think marshmallows are for s'mores, rice crispy treats or hot cocoa. Very few people snacked on them, but we wanted to change the conversation. So we packaged it in a bag in a pouch that resembles a snack bowl. We have great flavors. They're beautiful looking. Then we sent out in a messaging strategy that went right after other sweet treats and positioned it as a less-guilty sweet treat. … The results were pretty astounding. People were adopting the product, snacking on it, giving us feedback, like, 'Wow, where have you been all my life?'"

On why entrepreneurs are building food businesses

"The consumption of food in the U.S. is changing so quickly in terms of what consumers demand and are looking for, and as an entrepreneur to participate in this sweeping change where we are so nimble, we have access to so much capital, we have relationships with all the leading retailers in America that are wanting innovation and we're able to move so much faster than big food -- it's like a gold rush in terms of opportunity."

On what kinds of products entrepreneurs should create

"[Food] buyers tend to be risk-free, and they're looking for incrementality. So if you have a product that is driving incremental, premium or penny-profit growth to their set, they're going to get behind you. That's what's happened [with Smashmallow]. Since Target has launched the brand, we're driving an incremental purchase. We are not cannibalizing their premium set." 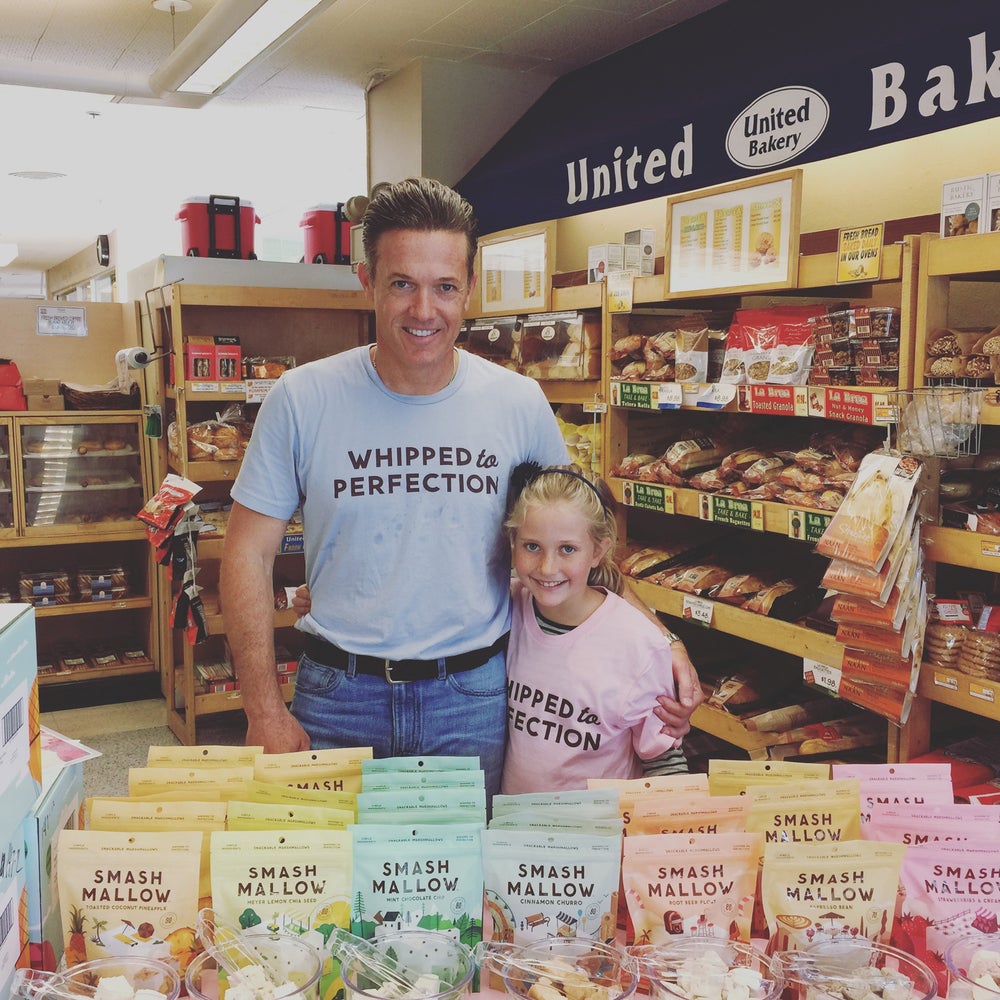 On where entrepreneurs go wrong

"A lot of entrepreneurs look at the marketplace first to see what's working, and then they design their product out of what's working rather than looking into the abyss of the unknown and truly delivering a first-mover product, whether that product is in the form of changing a usage occasion or simply a new product. But when you've found a unique product that's alone driving innovation, you're going to get a retail community to support you more. True entrepreneurship is the ability to find an opportunity within a nascent category or within a new product experience that is driving different consumer behavior. So the bottom line is differentiation."

Related: This Snack Company Grew Quickly Out of a Dorm Room After It Sold Its Products to Tech Companies

"We're running our business and building our business for the long run. We truly want to build an iconic brand that will withstand time rather than sprinting toward some exit in some predetermined amount of time. But I think ultimately we invest and build brands for some eventual partnership or exit in some capacity."

On his secret weapon

"One of the skills that many entrepreneurs forget about is the ability to listen, because by virtue of having the courage and the backbone to go out and actually start the business from an idea that you have takes a lot of risk and courage because you could fail. Therefore a common trait of these entrepreneurs is overconfidence, and sometimes overconfidence will preclude you from listening to honest feedback. Despite my past successes I don't ever want to be drinking my own Kool-Aid, so I live in a very humble place and really try to practice the art of listening."