Elon Musk Has Started Building a Tesla Gigafactory in China, and It Could Let Him Dodge Trump's Trade War

Musk on Twitter on Monday said that the factory would make Tesla's Model 3, and that the Model S and the Model X would still be built in Tesla's two U.S. factories.

Elon Musk has kicked off construction of his new Tesla Gigafactory in Shanghai, a project that could help him avoid tariffs on cars that have recently been inflamed by President Donald Trump's trade war with China.

Musk gave a speech at the site of the planned $2 billion factory in the Lingang district of Shanghai at about 3 p.m. local time (2 a.m. ET) on Monday.

The new factory, first announced in July, could be a remedy to problems operating in China, which Tesla attributed partly to President Donald Trump's trade war. Musk said the factory would be finished by the end of 2019 and might be ready in some capacity as soon as this summer. 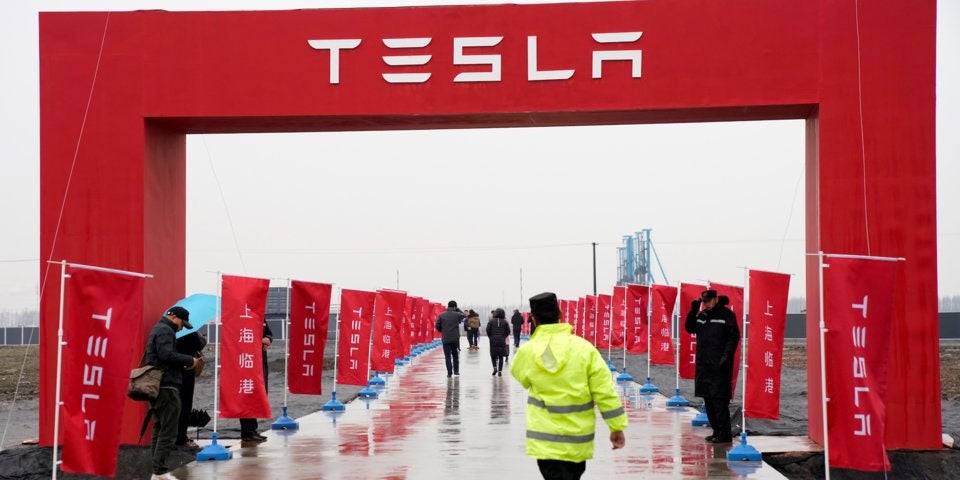 The site of the new Tesla factory.
Image credit: Reuters

In October, Tesla said tariffs imposed by China to counter those made by Trump "resulted in an import tariff rate of 40% on Tesla vehicles versus 15% for other imported cars in China."

It additionally cited "headwinds we have been facing from the ongoing trade tensions between the U.S. and China" as a problem.

Last month China dialed back the 40% tariff rate to 15% as part of the 90-day truce reached by Trump and Chinese President Xi Jinping.

It will revert to 40% on March 1 unless the two nations reach a larger agreement on trade.

Tesla plans for the new Shanghai factory to produce 500,000 cars a year on Chinese soil.

Any cost savings for Tesla will depend on what the tariff regime is when production begins.

It will also hinge on the precise details of the supply chain. For example, Tesla components made in the U.S. and then shipped to the Shanghai factory for assembly would still most likely face some kind of tariff.

Nonetheless, Tesla has previously said the factory will help it deal with the tariff problem. In the October statement, Tesla said it would accelerate construction as a response to the trade problems.

In November, Tesla cut the price of its cars in China to balance out the cost of new tariffs imposed by the Chinese government.

Musk got permission from the Chinese government on July 10 to build the factory, Tesla's first outside the U.S. 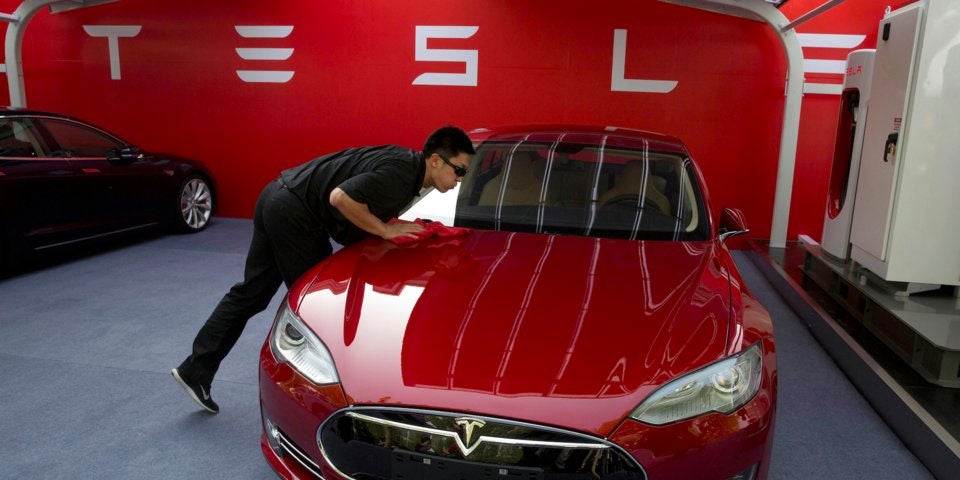 Tesla also has Gigafactories in Nevada's Storey County and in Buffalo, New York.

The Shanghai factory would double the size of the electric-car maker's global manufacturing, Reuters said.

Tesla has also registered a financial leasing company in China with $30 million registered in capital, Reuters reported. This will allow it to speed up "leasing and consultancy" contracts to get the factory up and running.

On Monday before the ceremony, Musk sent off a string of tweets about the factory:

"All Model S/X & higher cost versions of Model 3/Y will still be built in US for WW market, incl China."

China's retaliatory tariffs were imposed after Trump ordered tariffs on $34 billion worth of goods imported from China.

The trade war cooled off slightly over the holiday period, with Trump and Xi agreeing, among other things, to an easing of car and car-part tariffs for three months beginning January 1.