Nicolas Houzé, the fifth-generation family member leading Parisian department store Galeries Lafayette, and his partners in the UAE and Lebanon, ADMIC's Michel and Pascal Abchee, on what lies ahead after the retailer's tenth anniversary in Dubai

By Tamara Pupic March 24, 2019
Opinions expressed by Entrepreneur contributors are their own.
You're reading Entrepreneur Middle East, an international franchise of Entrepreneur Media.

"I see myself as a connection between the fourth and the sixth generation, making sure to leave the company to the next generation in a better shape than [it was] when I took over,” says the 44-year-old Nicolas Houzé, CEO of the famous Parisian department store Galeries Lafayette, which has been under his family’s helm since 1893. In early February, Houzé was in Dubai, alongside his father Philippe, Executive Chairman, Galeries Lafayette Group, and the Abchee family, the Galeries Lafayette franchise partners for the UAE and Lebanon, to celebrate the store’s 10th anniversary and the opening of its revamped boutiques in the Dubai Mall.

When taking over the business a few years ago, INSEAD-educated Houzé was reportedly tasked with the group’s digital transformation, which he still describes as his biggest challenge, yet adds, “But we are on the right path, even though it’s difficult, capital-intensive, and takes time.” The group’s other two strategic goals at the moment are international expansion and modernization of its store network. 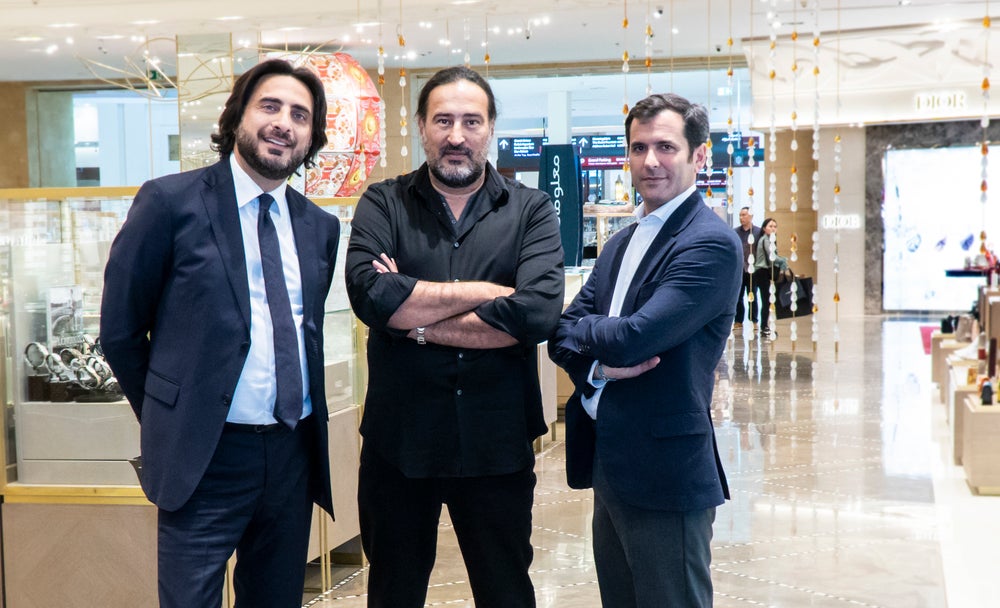 The 126-year-old Galeries Lafayette currently has 55 stores across France, of which it directly operates 28, while the remaining 27, all located in small and medium-sized French cities, were turned into franchises last year in a bid to cut costs. Roughly 60% of the retailer’s Francebound business comes from international customers, and the rest are local, and of that the group’s flagship store on Boulevard Hausmann brings “almost half of the business that we are doing in France,” Houzé says, adding, “Last year was quite a challenging year, because of the political situation in France, but overall, we achieved almost the same figures that we had in 2017. There are big cities, like Bordo, Nice, Lion, where it is okay, but the rest of France is quite challenging.”

While Houzé acknowledges that the group’s expansion opportunities within the country have been limited –it already occupies some of the best retail locations in the country– he has high hopes for its new shop on the Champs-Élysées, which opened on March 28. Dubbed “the department store of the 21st century,” the new store is the largest on the famous Parisian avenue (spanning 6,500 square meters), but much smaller than other Galeries Lafayette stores. “It is a department store, because it is Galeries Lafayette, but it will be significantly different from what we are used to,” Houzé says. “For example, in our store on Boulevard Hausmann, we have a lot of what we call ‘free wall boutiques,’ which are managed by the brands themselves. That won’t be the case anymore on the Champs-Élysées. There will be only sales people from Galeries Lafayette, who will be able to answer all the questions about different brands.”

Until troubles at home are put behind them, Houzé will be increasingly looking outwards to grow Galeries Lafayette. The Paris-headquartered retail group has stores in London, Berlin, Milan, Istanbul, Dubai, Jakarta, and Beijing, while in the near future, this list will also include Luxembourg, Doha, Kuwait, and Shanghai. “China is really important for us,” Houzé says. “We already have one store in Beijing, and we will open a new store in Shanghai by the end of March. We are looking at five to ten stores, and also the digital part, in China because we think that Galeries Lafayette has a great opportunity to develop there.” Slightly less than 10% of the group’s total revenues are generated internationally, and Houzé aims to double this figure by 2025 by opening new stores. “We have three models for our international expansion,” he says. “In Europe, we operate the stores directly, and that’s the case also in Berlin, and it will be the case in Luxembourg by the end of this year. In China, it’s a joint venture model with a local partner, and we have a team over there dedicated to operating the store. And for the rest of the world, meaning at the moment the Middle East but also Turkey and Indonesia, it’s a franchise model. We partner with people we know quite well, because we want to have our retailers close to us, and not be just like a financial institution that is not supposed to operate.”

In mid 90’s, three members of the Lebanese-American Abchee family -brothers Michel, Pascal, and Gabriel- were part of the Lebanese diaspora returning to the country after decades of turmoil, including a 15-year civil war, and bringing with them cravings for their expatriate life. In the case of the Abchee brothers, it was a nostalgia for Parisian lifestyle. In 1996, the eldest brother Michel started up ADMIC (Abchee Development, Management, and Investment Corporation), a multi-format retail operator, to take on a string of franchise partnerships– Galeries Lafayette, Le BHV Marais (Bazar De L’hotel De Ville), and MONOPRIX Supermarkets. “We were considering going back to Lebanon, and the three of us talked about what we could do to go back there,” says Pascal Abchee, General Manager for Galeries Lafayette Dubai and Lebanon. “At the time, we didn’t have means to go into real estate development, because capital expenditure was very high, so we figured if we could not build buildings, why not furnish them.” 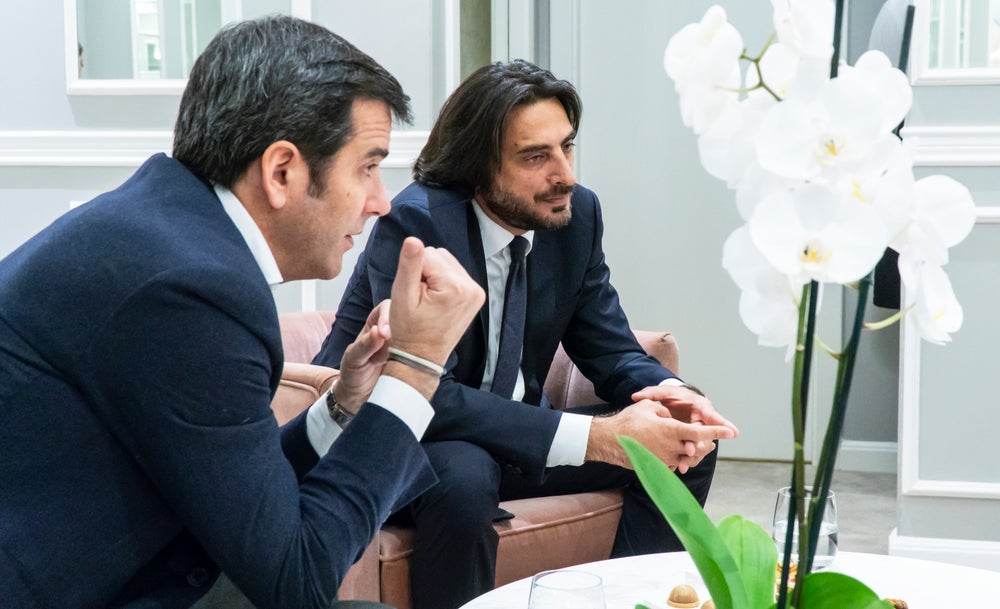 Before long, the plans for a Galeries Lafayette branch in Beirut were put on hold due to the economic slowdown brought on by the ongoing conflict in neighboring Syria. However, in the early 2000s, the Abchee brothers started eyeing Dubai. “Dubai gave us evidence that we should be here,” says Pascal Abchee. “Since the beginning, the Dubai Mall has been great, and another struck of luck, if I may say, was that in 2009, when we opened, there were tough economic times across the world as well as in Dubai, but Dubai did a tremendous job to get itself out of the crisis quickly, and so we achieved not only to move out of the crisis but to develop the brand quite well.”

Covering a total area of 215,000 square feet in the Dubai Mall, Galeries Lafayette offers a 180-degree shopping experience which includes women swear, abayas, eveningwear, menswear, jewelry, kids wear, lingerie, luxury accessories and footwear, beauty, home ware, and Le Gourmet, an international food hall and dining. “How well you can adapt a product from France here was my biggest challenge,” says Michel Abchee, founder, Chairman and CEO of Beirutbased ADMIC, and Chairman and CEO of Dubai-based French Department Stores (FDS) and Middle East Department Stores (MEDS), as he talks about setting up Galeries Lafayette in Dubai. “It was not only about me understanding it properly, but also about getting the Galeries Lafayette team to accept that the concept had to be adapted, and then about whether the local market would accept the way I adapted it. So, for me, the challenge will always be how well I continue to adapt. Take for example, if we look into perfumes, when we came to this market, there was no local scent. It was just the beginning of the Arabic scent, but then, all of a sudden, there were many Arabic scents that we helped launched, which were very well received by the market.”

Lastly, the group’s third goal –digital transformation and boosting its online business– is aimed at helping it compete with the likes of Amazon and other online retail giants. At present, the retailer achieves roughly between 4% and 5% of its total global turnover online. “It’s a long journey, and quite a challenge, because I would say that it’s a different business,” Houzé says. “In fact, talking about e-commerce, the term commerce is not the same as the one we have in stores. As merchants and retailers, we come from a business in which two main pillars are buying and selling. You need to have the right product at the right location, and to have the right people to welcome the customer and present the product. That’s what we’ve been doing for 125 years. In e-commerce, of course, the product is important, but you can find it everywhere, and you don’t have to search for it or go somewhere to find it, so the real difference is, of course, the price, but in my opinion, the real asset of e-commerce is the technology that you utilize for your services and the overall customer journey. So, it’s a technological business, and not a buying and selling business.”

One of Houzé’s first tasks was to revamp the Galeries Lafayette website, which is expected to become a multilingual e-commerce venture by 2020. However, Houzé opines that e-commerce is just the top of the pyramid, while the group’s digital transformation is a much wider process that includes all the customer journey touch points in Galeries Lafayette stores. The group has made three investments in startups: acquiring Instant- Luxe, an apparel reseller, and BazarChic, a private sale website, as well as buying a majority stake of La Redoute, an online and catalogue retailer. In 2016, the group launched the Lafayette Plug And Play startup accelerator to attract the best fashion and retail-oriented startups from around the world. “Digital and brick-and-mortar are always looked at being opposites, and we don’t believe in that,” adds Pascal Abchee. “We are both convinced that they are very much complimentary, and it is a challenge today how to recreate the experience that you have in stores digitally. It is very important that we focus on that quickly, but we have to find our tone of voice within that story. Here, in Dubai, we haven’t launched online sale yet, since we’re currently building the infrastructure for it. We are a small family group, and we believe that if you rush into something when you’re not ready, it might end up costing you a lot. And, if you walk into our store, you’d be surprised how many clients are walking around looking at their phones. What are they doing? They’re already doing their research. So, we also need to respond to them digitally. That’s also why digital transformation is a very wide scene, there’s much more to it, but the market is ripe for it.” And if its first decade in the UAE is any indication, then the 126-year-old Galeries Lafayette is here to stay. 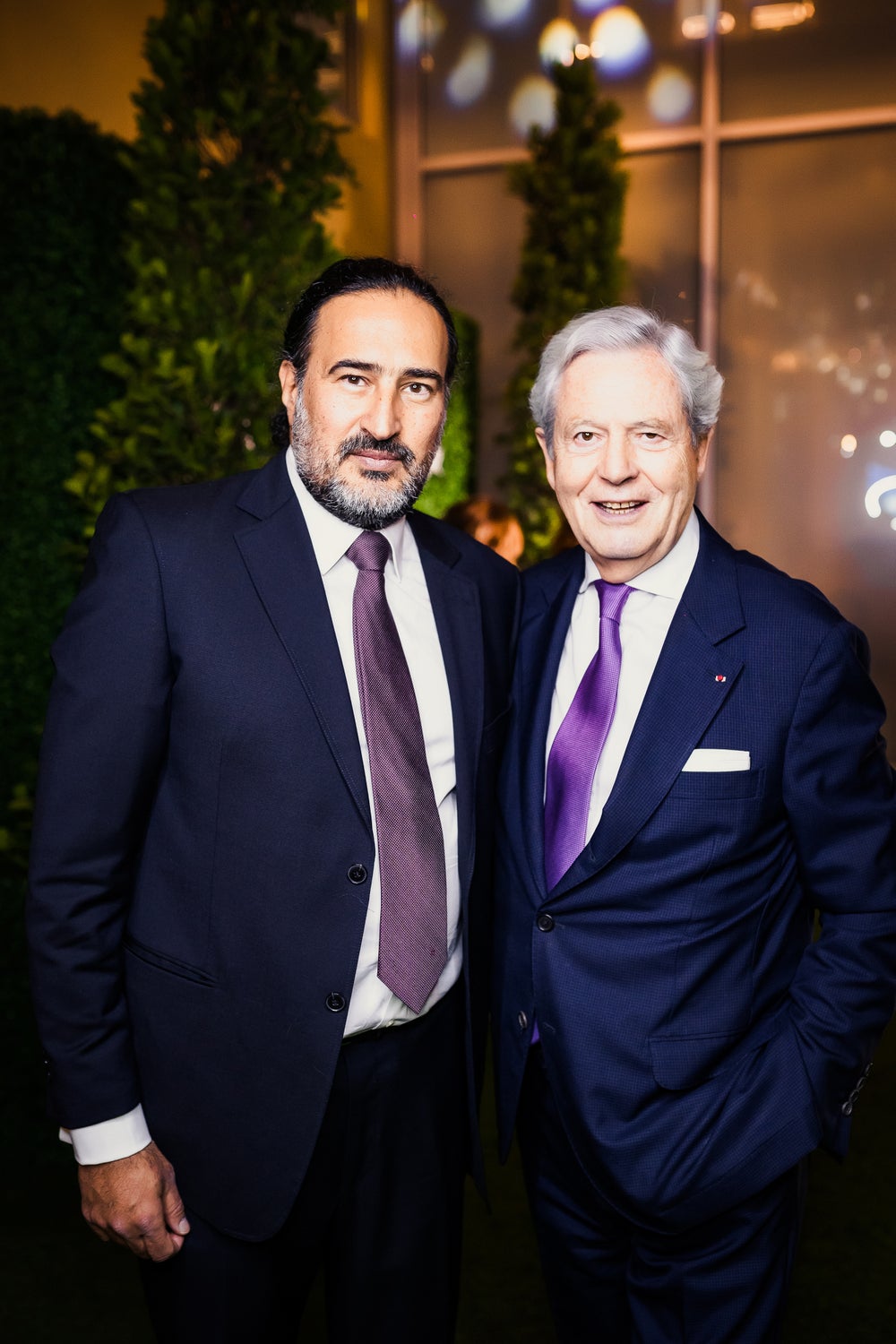 “Firstly, you need to be customer-centric, and in Dubai, there are many changing winds, meaning changing customer profiles. You need to identify them quickly, even anticipate them if you can, and you have to change your content and your service to adapt to that. That’s the major challenge.

"The second one would be not to postpone the investments you need to do, because you end up doing them under rush. Instead, do them when you first think of them, and don’t postpone. That’s an important lesson that we’ve learnt.

"The third is not to get overenthusiastic in good times. People tend to think that sky has no limits, and that you can keep on going forever. Sometimes, it’s good to focus only on what you have, and not to look at every opportunity as a must follow opportunity. You need to be very calm about opportunities that come your way, and never overestimate the potential of the market.”

What the Evolution of Contactless Payments Means for You