Ogero -referred to as the "engine" for the country's Ministry of Telecommunications- has been tasked with upgrading the nation's existing (and outdated) copper wire infrastructure with fibre optic cables, which is expected to have a massive (and long-awaited) positive impact on internet connectivity and speeds.

In order to illustrate the impact of Lebanon’s notoriously slow internet speeds have had on its progress as a nation, Imad Kreidieh, Chairman of Ogero, the state-run operator of the country’s fixed telecom network, recalls how a leading multinational enterprise was once considering opening an office in the capital city of Beirut. The establishment of this office would have resulted in the creation of 5,000 jobs, and thus, undoubtedly boost the local economy- however, this plan didn’t come to fruition. Kreidieh remembers how the multinational ended up deciding to set up shop in another country in the MENA region, because Lebanon did not, at that point in time, have the requisite internet infrastructure for that company to operate effectively.

It’s impossible to miss the wistful note in Kreidieh’s voice as he relays this anecdote today; the regret he feels about Lebanon and its people missing out on an opportunity for growth and progress is easily apparent. But tales like these highlight the importance of the work that he and his team at Ogero are currently doing to revamp the country’s underlying telecom infrastructure. Ogero -referred to as the “engine” for the country’s Ministry of Telecommunications- has been tasked with upgrading the nation’s existing (and outdated) copper wire infrastructure with fibre optic cables, which is expected to have a massive (and long-awaited) positive impact on internet connectivity and speeds.

Kreidieh, who was appointed to his current role by Lebanon Prime Minister Saad Hariri in 2017, admits that leading this facelift of the infrastructure has hardly been an easy task. However, he also says that he has taken on the challenges head-on, in order to achieve the goals that have been set for Ogero, and by extension, Lebanon itself. “I took over Ogero two years ago, with a very clear mandate to upgrade the infrastructure, which will put Lebanon back on the digital map of the Middle East,” Kreidieh says. “So, one of my KPIs is to be in the top five in the region, providing connectivity, state-of-the-art technology, and quality of service, which the Lebanese people have been lacking for the past 15 years.”

And the results of Ogero’s efforts are already starting to show. In 2017, Kreidieh had declared that by the end of 2018, 85% of internet users in Lebanon would enjoy connectivity speeds of up to 50 Mbps. Now, this goal wasn’t achieved owing to delays in the implementation of the infrastructure upgrade, but one cannot deny that there have been signs of progress as well. As an example, Kreidieh points out that were areas in the country that were having only 4-5 Mbps of internet speeds, but now, thanks to the work being done by him and his team, people in those same localities are enjoying speeds of 25-27 Mbps when accessing the web.

Kreidieh promises that several more (and better) improvements like these are in the offing, but he admits that there have been challenges, mostly of a technical nature, that has been slowing down the roll-out of Ogero’s FTTX (fiber to the x) network. “The main challenge that we face for the FTTX is that we do not have accurate base maps in order to design the network,” Kreidieh explains. “We have 300 exchanges to be completely swapped to fibre. And so, for each and every exchange, we needed to go and do a physical survey, because the base maps did not reflect the reality. So, every time, we needed to go to do the survey, to position the buildings or the houses that were not existing on the base maps. So, this is the most challenging process, because designing a network takes time.” 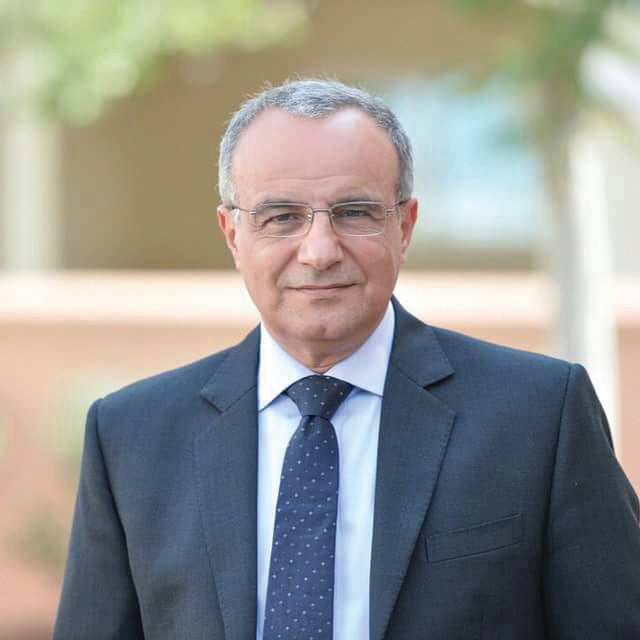 It’s pertinent to note here that Kreidieh has chosen a technical issue as his main hurdle in what he’s set out to accomplish, and not the much-maligned inefficiency of Lebanon’s bureaucracy. While Kreidieh does admit that he’s had to tackle with his fair share of those kinds of problems, he also says that it’s never been too much for him to handle. “I did not face any insurmountable challenges internally,” he notes. “Because what we're doing has been acknowledged by the political establishment, it has been accepted by the private sector and welcomed by the youth generation.

As such, Kreidieh says that while there may be situations where, for instance, certain municipalities with small populations may question the benefits of Ogero’s work for their communities, these are few and far between, and, at the same time, fairly easy to get past as well. Of course, Kreidieh is aided in what he does, thanks to his experience of working in the private sector for more than 25 years. Having been in top roles at leading banking and telecom establishments around the Middle East, Ogero is Kreidieh’s first experience working in Lebanon’ss sector, and while he has chosen to (and been allowed to) run it like a private enterprise, he has had to face blowback on that as well- sometimes, people there are simply not ready to operate like in the private sector, he notes.

“I have to be honest with you- I thought it would be much easier,” he laughs, as he talks about moving from working in the private sector, to being a part of the public sector. “It's quite an interesting shift, but it was not easy at all. You know, some days, when I come back home, I’d say to myself, what the hell am I doing here. But the day after, you wake up with the energy to keep going, because you believe that you have a serious responsibility that will cater for the needs of the people. I'm not working for the politicians, or for a political party, but I have a firm commitment towards my kids and probably my grandchildren- I'm doing something for them, not for anybody else. So, you know, when you wake up with such a mindset, things become easier.”

Related: Startup Scouts Program Wants To Nurture Early-Stage Entrepreneurs In Lebanon And Beyond

Kreidieh’s answer makes it obvious that he’s being fueled to do what he does by a deep-set desire to give back to his native Lebanon had to once leave his country to pursue growth and opportunities, but now, Kreidieh wants to help in building and securing the future of the nation.

“Listen, I left Lebanon back in 1974, when Lebanon was on the brink of a civil war. And I came back to Lebanon in 2015. I felt somewhere that I owe my country and my countrymen and women, to share some of the experience that I got. And the call, from the Prime Minister, to do something was the most beautiful gift I have ever gotten, and what motivated me was, again, doing something for my people. This is what is really motivating me, because, financially, it's not even close to the private sector,” he laughs. “Let me be clear on that; this is my main motivation.”

And Kreidieh is incredibly optimistic about what the future holds for Lebanon- he has only words of praise for the youth in the country, and he believes they are the ones who hold the key to the nation’s growth. “To be honest with you, you know it for a fact that we are exporting the most valuable asset any country can have- its brains,” he says. “I feel that Lebanon is a very dynamic country, and if you have never visited Lebanon, I advise you to do so- you will be flabbergasted with the energy that is there. It is so concentrated; it needs only to blossom in the right way. And the youth [we have] are moving to the Google’s and Facebook’s and LinkedIn’s we have talent spread everywhere. The future of such a generation cannot be but a positive one.”

Related: The Next Frontier: Advancements In Biometrics Signals A New Era For Lebanon's Digital Future