Minted Grew From a Stationery Brand to a Global Design Platform. Here's How.

By listening to her community and reacting quickly, Mariam Naficy built a business bigger than her wildest visions.

By Stephanie Schomer December 23, 2019
This story appears in the April 2019 issue of Entrepreneur. Subscribe »

When Mariam Naficy launched Minted in 2008, she wanted to create a niche business, one that would crowdsource stationery designs from independent artists, ask consumers to vote for their favorites, produce and sell the best-performing creations and share a portion of revenue with the original designers.

But Naficy underestimated consumers' interest in what she was building, and she soon found herself at the helm of a massive venture-backed design platform that was growing far beyond her original vision. So she rolled with it -- adapting right alongside her company.

Now Minted's team is 400 strong and the company is generating revenue in the "hundreds of millions of dollars." Naficy spoke with Entrepreneur about how she's letting the business lead the way, carefully selecting strategic partners and building a team that doesn't require hand-holding.

Minted has been in business for 11 years. Talk to me about your original vision when you started working on it in 2007.

I was captivated by the idea of bloggers. These unknown writers were coming from nowhere, were unaffiliated with big institutions, but people wanted to read their work. I thought it was fascinating, and thought that there probably were great designers out there that the internet could also help uncover -- people who are deserving but don't know how to get their work to market. I thought that crowdsourcing designs and holding competitions was the way to do it. I raised a small round from friends and family, and we launched in 2008.

Not a thing sold. Not one sale for four weeks -- after building this business for a year. I had launched an ecom business before -- Eve.com -- and products flew off the shelves immediately. But with Minted, I seriously had to consider pulling the plug. Some of my friends-and-family investors encouraged me to raise a venture round. I felt so responsible having their money on the line, so I did, reluctantly -- I didn't want any strings with this business -- nut it basically saved us and gave us time.

Why do you think Minted ultimately worked?

We launched right before Instagram and Pinterest, both of which really changed the way people interact with design. Barn weddings became all the rage, for example, so our design community could just go to town, creating invitations with, say, fireflies coming out of a jar. That was wind in our sails. And oddly, the recession helped. Consumers became more interested in artisanal products than expensive brand names. And a lot of artists were out of work.

When did you really feel like you had something?

Our very first Christmas. We had such an influx of orders that we quickly hit our maximum throughput capacity and had to shut off all of our online marketing, just to slow down incoming requests. We got a call from a woman who waited on hold for two hours, and when I finally spoke to her, she said she'd been trying to track us down because she saw an ad on Google yesterday but couldn't find it today -- because we turned off paid search. I was like, Who would wait two hours to order a card? But I knew we had a real audience. And of course, we took her order.

Other than the fact that designers were hungry for work, how did you attract them to this new community?

We tried to provide validation and built a peer-critique model. During the submission process, designers can choose to get feedback and make changes before their submission gets locked in. The designs that are peer-critiqued generally score 25 percent higher than those that haven't received feedback.

Has that helped them create their own relationships within the community?

As designer was just telling me today, a lot of designers struggle with mental health because it can be a really isolating career and there's not a lot of validation or feedback once they leave school. So, we are bringing people together. Lately, we've received a lot of requests for collaboration tools that will allow them to work together and share revenues, so that's an area we're looking at. 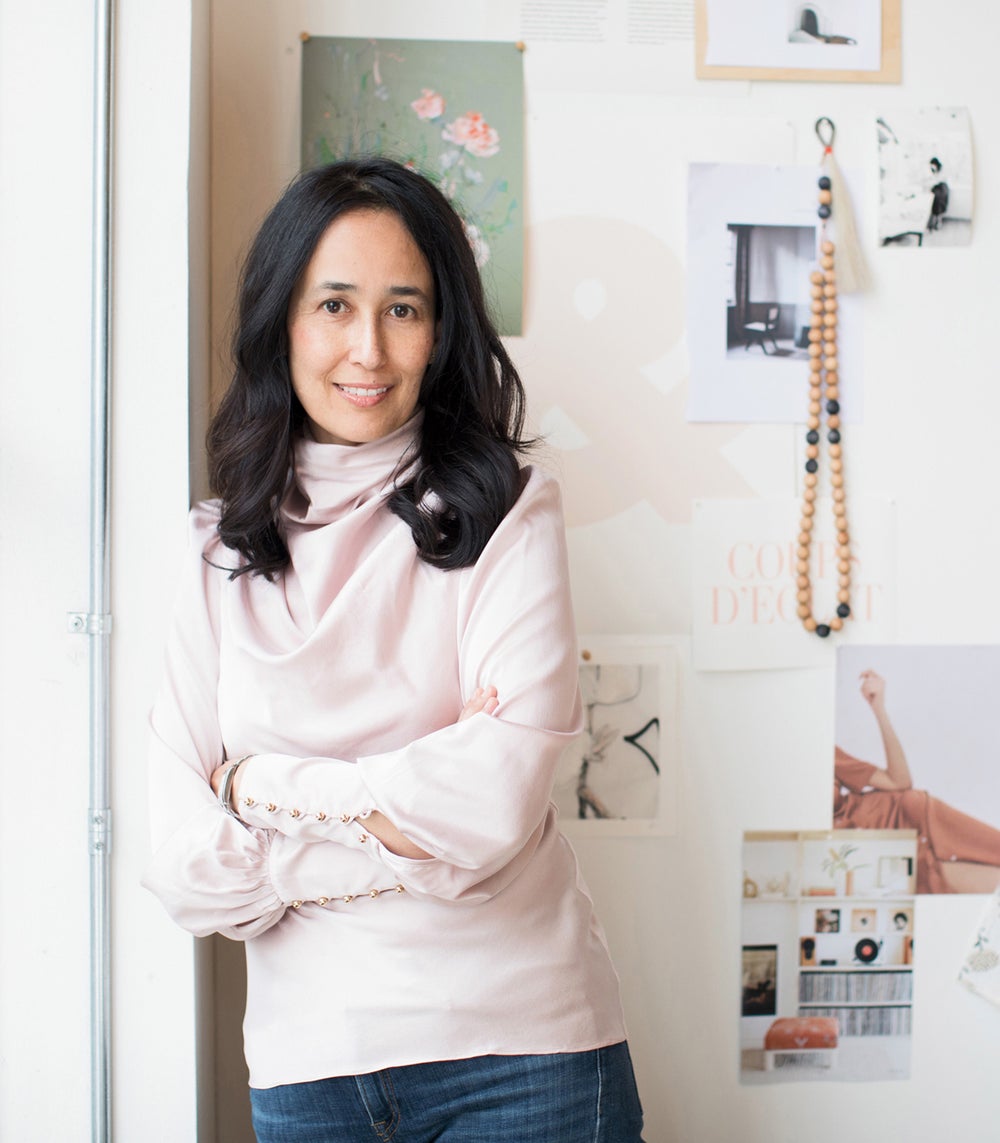 You're working more and more with large retail brands like West Elm and Target. How do you select partners?

We saw retailers copying us a lot, using us as "inspiration." They'd actually say that: "We come to you for inspiration all the time." But some retailers were aboveboard and asked to carry or license our designs. West Elm was the first, and they're very artist-friendly. At the end of the day, we're a content pipeline, and we have more content than we need. But the challenge has been where to put it -- we don't want Minted to be everywhere. So, we've also started alternate brands, like Pippa, which will be distributed to more mass-market stores.

You raised a $208 million Series E in December. That's a serious number. What was your approach?

At the first stage of a business when you're raising money, you're selling hope, not reality, so in some ways it's easier. At this stage, it's all about the numbers. The people you're talking to literally spend millions of dollars just evaluating and closing the investment. It's a production. But I've raised about $330 million in my career, and I've learned one thing: You have to focus on your intuition. Do you trust these investors, and is there value-add? For example, Henry Ellenbogen from T. Rowe Price is a great strategic thinker, and very into branding for a financial investor, so that's super value-add. [Editor's note: Ellenbogen has since left T. Rowe Price to launch his own venture.]

I always hear great things about him.

He recently gave me a great piece of advice that I've put into practice: Out of all your direct reports, have two that you're focused on developing. You're never going to have time to develop your entire staff -- you have to hire people who have already seen the scale you're at. But pick two who haven't seen the scale, and mentor them.

Related: Vegan Celebrity Chef Chloe Coscarelli Says Entrepreneurs Should Push for Change Even When No One Believes in Them

That's probably really helpful once you're working with a team of this size.

We have about 400 employees, and it's tricky to build as we move into new categories. When do you hire full-time employees against a new idea? You don't want to necessarily build a team before you know if something will be successful. I was studying how Steve Jobs formed Apple retail. He hired Ron Johnson, they figured it out together; and then he immediately delegated [that division] to Ron, rather than setting up retail and then having to hire someone.

Is that your approach now?

I'm looking at potentially launching physical stores, so I'm facing this conundrum: I've got to hire someone and entrepreneur this with them so they can take the reins and I can focus on other areas. Our recent capital raise will help. That's been another critical learning: Being cheap is not always the answer. You will hurt yourself by being too profitability focused. There is a point where you have to invest ahead of the data.

After more than a decade building the Minted community and model, you're sitting on a ton of data. How does that drive the business?

It gives us the road map. It's predictive analytics. It's been 10 years of [collecting data on] what segments of people -- based on things like age groups or socioeconomic factors -- are more predictive [voters] for which product categories. And then we use a look-alike model. So, if someone has the same attributes as someone who successfully voted in the past, that's the person we're trying to get to vote in this new competition, and we weigh those votes more heavily. We've scaled the production of best-selling design hits, creating a retail brand that is literally on-trend every year.

That's a big leap from your original vision.

I thought I founded a cash-flow stationery retailer, but it's really a content studio. The business has shown me the way. It's unrecognizable from where we started. I don't blame anybody who didn't invest in us in the first round, because we had no idea this was going to happen.