Changing Dynamics: Why Organizations Need To Adapt To An Aging Workforce

With the average working age in the GCC rising, companies need to adjust accordingly to keep up with the modern times.

By Ahmed Auda July 24, 2019
Opinions expressed by Entrepreneur contributors are their own.
You're reading Entrepreneur Middle East, an international franchise of Entrepreneur Media.

After years of hand-wringing and think pieces about how we need to accommodate millennials, how they require a different approach to hiring, leading and developing, businesses now need to be aware of their “perennial” workforce. Whereas millennials are in their 20s and 30s, to be a perennial is to be over 55. Why the new focus? Because perennials are now the fastest growing segment of workers in a number of industrialized countries.

By 2030, more than 23% of working age population across GCC countries will be above the age of 50– a dramatic increase up from just 13% in 2015, according to a report by Mercer and Oliver Wyman.

In Europe, countries like Spain, Ireland, Portugal, and Italy are expected to see a significant increase in their over 55 workforces, while in the UK, over 50s now make up nearly one third of employees, up from around one in five in the early 1990s. In the US, they’re predicted to become the largest demographic in work by 2024, having been the smallest in 1994, while in the likes of Japan and South Korea it’s happening at an even faster rate.

The reasons for this are fairly straightforward. People are living and staying fitter for longer, pensions aren’t stretching as far, age is no longer a legal constraint in most countries, and the work we do isn’t perhaps as physically strenuous as it once was.

What that does mean, however, is that in the very near future, we’re going to have workforces which range in age from 18 or 21, to late 60s and early 70s. So how do we go about accommodating these increasingly varied demographics, while contending with the changing dynamics of how people want to work, in order to get all employees as engaged and productive as possible?

The changing nature of the workforce
Increasingly diverse age ranges are just one macro factor having an impact on how we work. It’s coming at a time when expectations about how we interact with organizations, as both employee and customer, have evolved beyond all recognition. I want something now, I click a button and I get it, whether it’s a book, a car, or a takeaway. Call it the Amazon/ Uber effect or the consumerization of IT– whichever way we cut it, people want, and expect, to have the same level of experience, at home, at work, or in a shop, irrespective of provider.

It’s a clash with the classic supply of IT equipment and services, where everyone has the same device, access to the same apps, and works in the same way.

This is no longer the experience employees want, and it doesn’t work for employers either. They want engaged and productive workforces to deliver better services to customers. Those organizations that empower employees with the apps and tools they want to do their jobs almost double the increase in service quality compared to those that don’t (17% versus 9%), according to a VMware study with Forbes.

Once enterprises understand that, they start to look at how they design their workplaces in ways that enable a less restrictive, but still controlled, approach to working. By doing so, they are able to deliver multiple working approaches to their staff– so the perennial can work in one way, the millennial in another if they chose, but the output and results remain the same.

They can also unlock new approaches to roles which can create a real differentiator– the smart colleague. 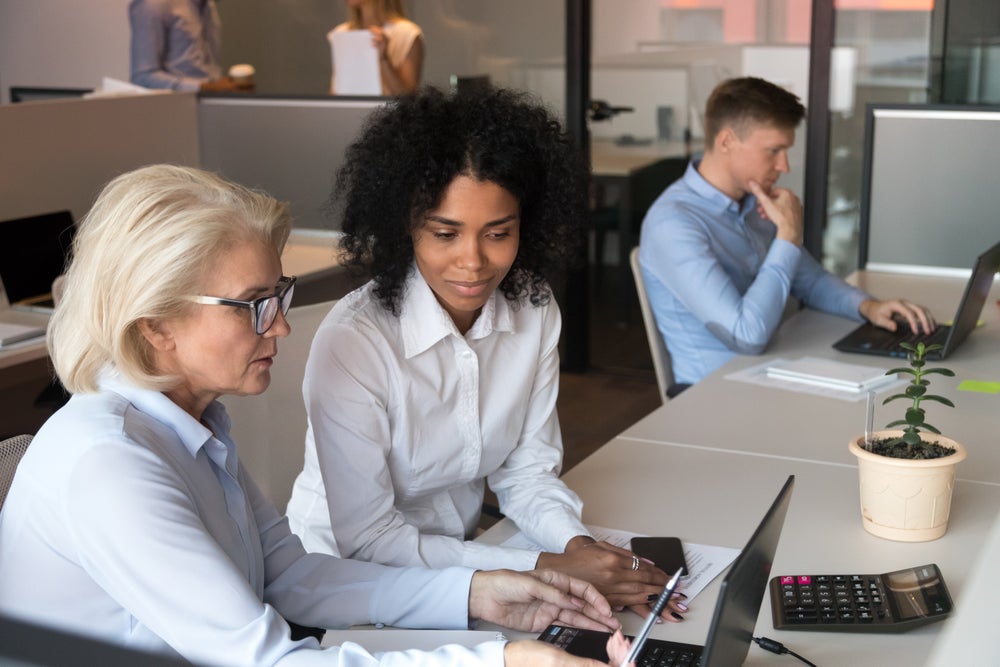 Why millennials and perennials don’t matter (but the smart colleague does)
Consider a supermarket. It’s where many of us have our first experience of work, as sullen teenagers tasked with stacking shelves and managing checkouts.

To be honest, while the labor might be cheap, the customer experience matches the lack of vision and thus investment in this role– perhaps one of blank stares and surly responses when asked if a certain product is in stock, or where something can be found. A few years ago, that might be acceptable, but with the retail landscape in constant flux, and consumers more generally more than twice as likely to recommend a company or brand based on the quality of service (66%) than they are on price (31%) according to one report, established players need new ways of differentiating. To be honest, the experience we get is the result of years of not placing value in these roles. What if we started to?

We’re talking about retail, but it could just as easily apply to travel, transport, healthcare, banking. What if we make these frontline roles aspirational, rather than something to endure?

How do we do that? By empowering employees. Give them the tools to know what’s happening at any given moment. That means technology, but not simply behind a till or workstation. On the floor, getting to customers rather than making the customer find them. How much better would a train cancellation, or stock issue, be for those wanting to use the service if employees were able to proactively engage with them, rather than be forced into queues. Using mobile devices with chatbots, for example, a worker can engage with the customer and provide guidance, see if something is in stock or on time, offer alternatives, and act as a point of sale in the right circumstances. The customer receives a consistent, positive experience, delivered through a human touch enhanced by technology– in other words, a smart colleague.

Not only does this improve the customer experience, it stands out as a real employment differentiator. It upends the way we perceive certain roles. Suddenly it’s not about cheap labor, but about having the right skills, and the compensation to reflect that. It might be that rather than natural progression meaning moving away from the shop floor, it’s actually moving on to the shop floor and becoming a smart colleague.

It’s not a route that is only for perennials, or that millennials are barred from, but one that is designed with the customer in mind, and then asks who we have that fulfils that role’s criteria.

Employee, not platform, choice
It’s time for the worker to dictate how they work, not be dictated to by the platform. That could mean it’s perennials on the shop floor with a tablet, millennials in an office with a desktop. Whatever it looks like, every single person deserves the same consideration and access to the devices and apps they need to do their job. It’s the only way to ensure improvement in productivity and engagement and, most importantly, a better experience for the customer.

Related: Age Is Not A Barrier to Startup Success

More About Workforce of the Future

Your Business Needs Gen Z and Millennial Perspectives to Get Ahead

What Are the Real Consequences of a 4-Hour Workweek?

How Technology Can Empower the Workforce