1000 Days Window That Changed the Fate of Walplast

For coming years, the focus of real estate won't be just construction but refurbishment, says Milan Thakkar of Walplast

The infrastructure industry is one of the key drivers of the Indian economy. Propelling India’s overall development, the sector has grown remarkably over the past years. According to the Department of Industrial Policy and Promotion (DIPP), Foreign Direct Investment (FDI) received in the Construction Development sector from April 2000 to March 2019 stood at $25.05 billion.

Despite the remarkable progress, the real estate sector has been targeted for the chronic lack of transparency. The copious amounts of black money prevalent in the sector have ensured that the industry remains mired in legalities. Caught in a quagmire of corruption and opacity, the industry has reached a point of stagnation.

Stumbling through occasional roadblocks, the industry has grown to a sizable scale. However, the past 8 years haven’t been the brightest. The industry has been facing severe doldrums due to falling real estate prices and deteriorating inventory volumes, which has led to the sector’s negative growth. Primarily driven by the first generation entrepreneurs, infrastructure industry is going through a phase of recovery.

The new generation builders such as Niranjan Hiranandani, Milan Thakkar and Rohit Gera are attempting to revive the industry in their respective styles. Thakkar, in particular, has been a game-changer in one of India's most important sectors – real estate. The renowned turnaround CEO talked to Entrepreneur India on how he helped Walplast become the third-largest infrastructure raw material manufacturer in the country. 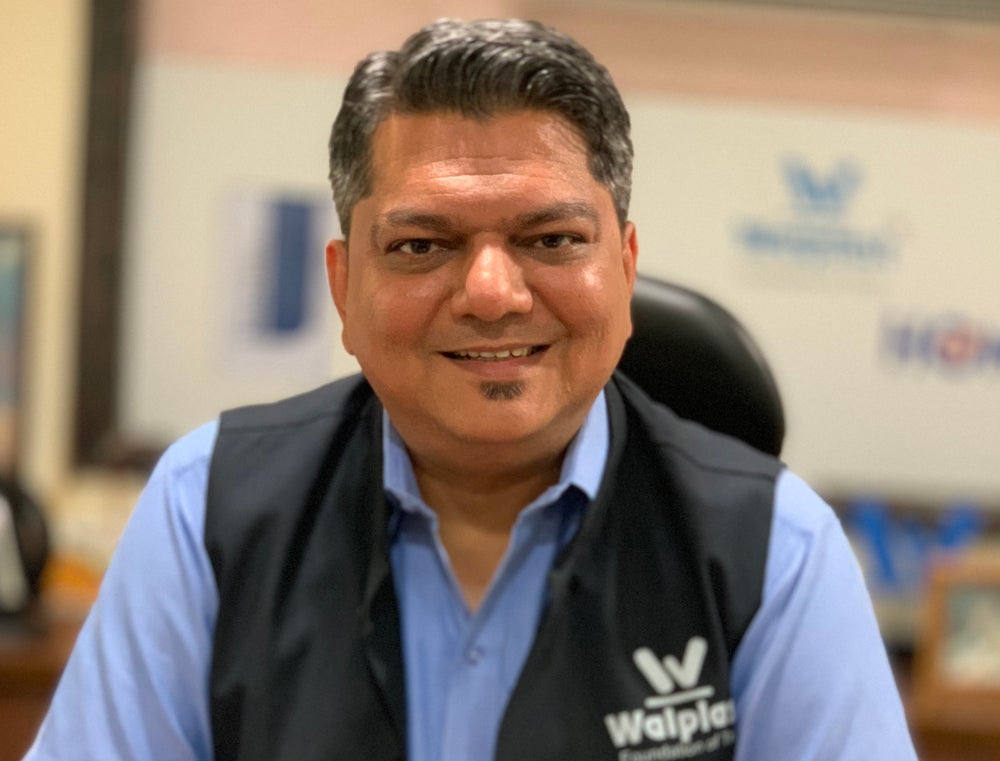 Milan has worked with major companies in the past. He has, in fact, was the man who helped Meru Cabs grow 2,200 per cent to become the leading radio taxi operator in India. Once the phase ended, he started a small consulting firm to help SMEs grow. “I believe in the concept of growth for small and medium enterprises,” he says.

His belief led him to Walplast – one of India’s leading manufacturer and exporter of wall putty, Premixed Plaster and other building materials. Founded by Ashok Mehta and son, Kaushal Mehta in 2004, the company has six manufacturing facilities strategically located in all the four corners of India along with well-equipped R&D laboratories comparable to the International standards.

In 2015, the Mehtas were growing their B2B business exponentially but had serious doubts on the potential of their B2C business. That’s where Milan saw an opportunity. The founders were contemplating shutting down that business and that’s when Thakkar proposed the 1000 days window. “In our community, every new business we get into, we give each other about three years to see it's going to really take off or not,” Thakkar stated.

It was a win-win for the founders. Within 3 years of joining the business, Thakkar transformed the business completely – hired a completely new team of professionals, made meaningful collaborations and brought a business which was on the verge of being slashed alive. According to the World Bank report, 66.46 per cent of the Indian population still resided in the rural areas as of 2017.

Ours is a country where people are still struggling with the basic amenities – Roti, Kapda & Makaan. That’s why Milan feels that the Lower Income Groups (LIG) segment needs to be the focus of Infratech and infrastructure players in order to drive growth. To address the concerns of housing, Walplast collaborates with the government for projects like Pradhan Mantri Awas Yojana frequently.

“We want to make a difference in people's lives,” Milan has iterated again and again. Creating value at the bottom of the pyramid would help Walplast achieve the goal. The company is building products that would eventually build homes at reasonable price points. Walplast has collaborated with the government of Chattisgarh for building public washrooms and have further plans to work with the public sector for making low-cost houses available.

Being an unorganized sector, the raw materials industry in India has been suffering from a quality downgrade for the longest time, which directly affects the real estate sector. In recent years, policies like RERA came into the process to safeguard the interest of homebuyers but simultaneously, demonetization left the space on a standstill.

Despite the momentary setback, Thakkar bounced back with a plan, to tap the space where the growth is. “The growth is in a space where the government infrastructure is being turned around,” he shares. He realized that India, having a history of valour and war, had various historic monuments and restoration of those monuments was a big opportunity that no one was tapping into.

Walplast then approached bodies like the Central Public Works Department and CIDCO to help them create low-cost houses. Today, Walplast follows a 40:60 ratio while picking projects with a major tilt towards the government projects and rest towards retail. Milan believes that for coming years, the focus of real estate won’t be just construction but refurbishment.

Over the last 3 years, Walplast has grown over 80 per cent which at the rate of 14 per cent CAGR, capturing international markets such as Africa and the GCC in the process. In the coming years, Thakkar plans to turn Walplast into INR 2500 crore enterprise. The company also plans to take export revenues to 10 per cent of topline in the next three to five years window.

“India is the only country where cement is used as an independent ingredient. In most nations, it is just a by-product,” he shared. For most of the Walplast products, cement is just one of the ingredients as that's what the world wants today. Milan believes that there’s a huge opportunity waiting Walplast to export to the developing countries like Africa, the Middle East and even the war-driven countries like Yemen.

As the company moves to become a conglomerate, the decisions made have become more informed than spontaneous. Milan, in fact, has come up with a PPP formula – clarifying how the People would be placed, Policies would be implemented and Process of operation, to bring everyone in sync. His mantra throughout has been to transition into the system before bringing the change.

“Somebody coming from a multi-national organization would want to see the change very fast. Today’s entrepreneurs make a mistake of rushing to create and proving their point, it doesn’t work that way. It takes a long time. One who’s coming in has to align with the culture and existing mindset, try to bring a small change and the success will eventually come,” Milan concludes.

SME Lending: How To Stand Out In the Crowd?