Much like Canadian YouTuber Lilly Singh, Bhuvan Bam catches the fancy of the Indian audience with his rib-tickling comedy on his YouTube channel BB Ki Vines.

As the undisputed king of social media, Bam was in the mood to beat the sun and get into a candid conversation with us. Bam is everything that instantly makes him likable.

What started just as a fun act of just posting a video on YouTube turned into a full-fledged work when he received his first paycheck of Rs 15,000. Making massy content and playing several characters all by himself is one thing he truly knows and has worked towards making it.

“YouTube was never a plan and I would often wonder if the content I am creating will work or not. After making some 20-30 videos I started taking this seriously. Music and comedy were my support, so I thought I should work on that mode. I polished it and then pursued it,” he said.

BB says that the best thing about YouTube or any digital platform is that when you fail at something, you can easily recover by uploading something else. So if something hasn’t worked once, doesn’t mean it won’t even stand next time. 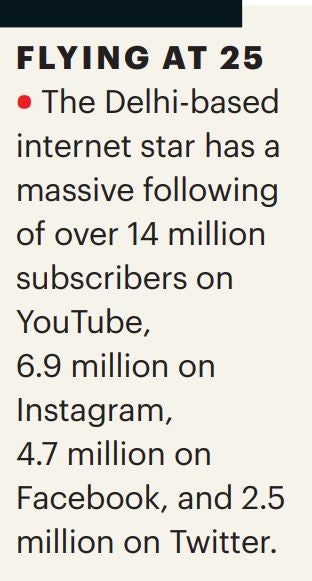 “Getting a rebound is not difficult. If you are talented and passionate about something, you can overcome failures. Of course, at times your videos work and at times they don’t, but then you work around it,” he said.

Bam is witty, satirical but he doesn’t want to restrict himself within the boundaries of comedy. He wants people to feel every possible emotion.

You Must Unlearn What You Have Learned

Don't Be Afraid To Walk a Lonely Path To Success

Hospals Raises $3.5 Million In Pre-Series A