Bhushan Kumar, Chairman & Managing Director, T-Series, is hopeful that his company will become one of the biggest market leaders not only in music but also in film production.

By Punita Sabharwal August 14, 2019
Opinions expressed by Entrepreneur contributors are their own.
You're reading Entrepreneur India, an international franchise of Entrepreneur Media.

Joining the legendary firm T-Series started by his late father, teenager Bhushan Kumar has evolved into a hands-on leader. What the next generation can do with its zeal has rightly been proven by the now 41-year-old Kumar. Proving its dominance over music and movies, T-Series has entered the Guiness Book of Records for being the first YouTube channel to reach 100 million subscribers. Kumar shares this technological change and being on the top of the game.

Your father started T-Series in 1983, and you had to lead the business at the age of 19. How have you evolved as a leader?

I had to take over the reins of the company at a time when I did not know a thing about the business. The producers who were committed to work with my father wanted to back out because they felt I would not be able to sell their film’s music the way my father did. I tried to convince them but in vain. I pleaded for one chance. I did the promotion of one film, the film worked and everybody loved it. That paved the way for the second and the third film. Then we did non-film music with Jagjit Singh, Lataji (Mangeshkar), Pankaj Udhas, among others, and luckily, they were successful.

Still the top banners would not work with us. For instance, Rakesh Roshanji would never work with us because he had an existing relationship with HMV. Gradually, we were able to forge relationships with Vidhu Vinod Chopra, Salman Khan and Shah Rukh Khan. We even worked with Dharma Productions. Today we have music of all the top banners. It was extremely challenging to do all of this then. Thankfully, the team at T-Series which had been working with my father stood by my side and extended their co-operation and support to me.

How did you grow your dominance from music to movies? How did the transformation happen?

Getting into film production was obviously the next step once we had consolidated our music business. With the success of Hindi Medium and Tumhari Sulu in 2017, we felt confident to soar higher. We produced nearly 8-10 films in 2018. Sonu Ke Titu Ki Sweety and Raid were our most successful films in Q1 2018, crossing the Rs 100 crore mark in earnings. In 2019, we are doing 18 to 20 films. I am positive that T-Series will be one of the biggest market leaders not only in music but also in film production. Today, we are producing 18 to 20 films in a year. In 2020, we are ready to produce an equal number. 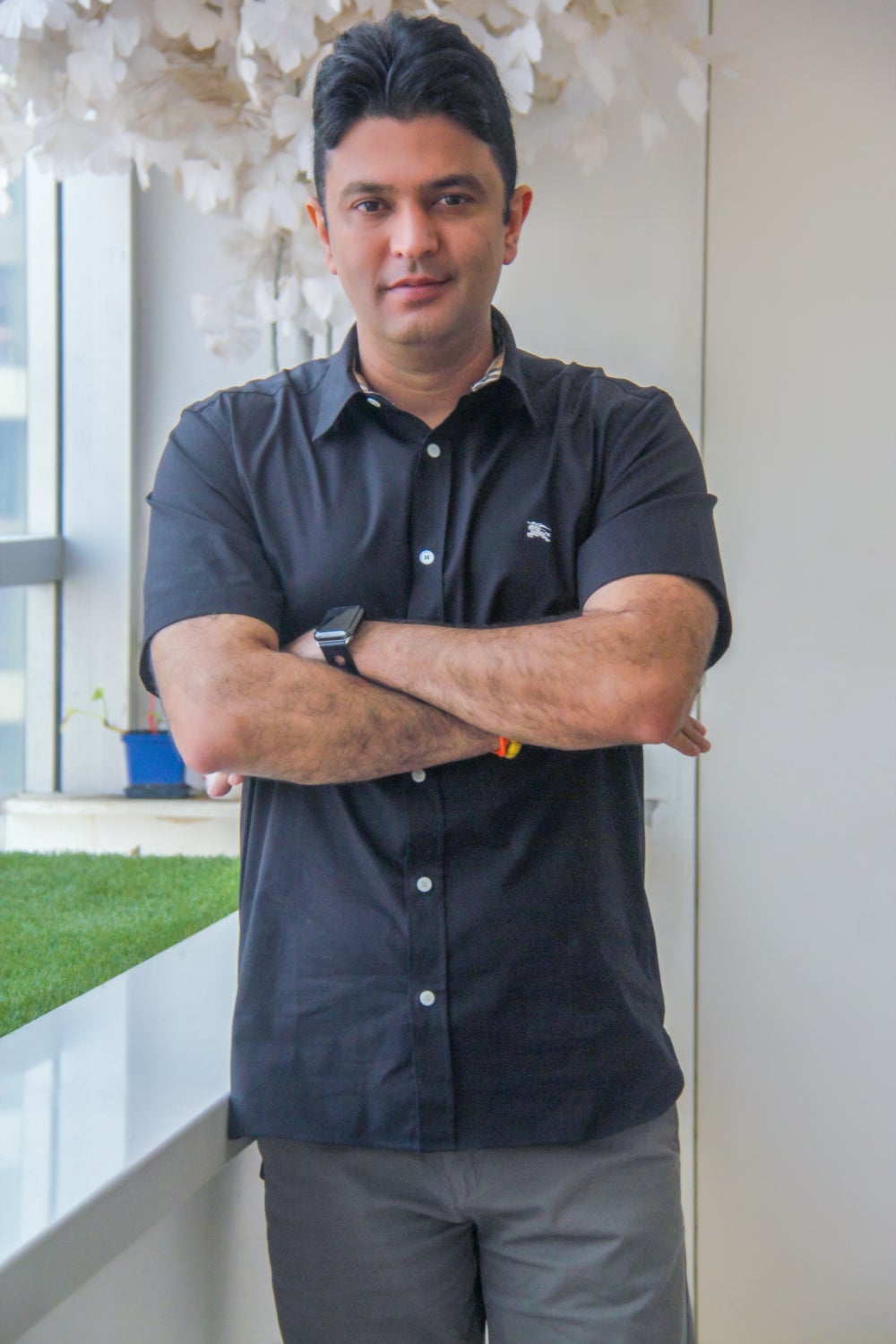 You have been producing 18 films a year. How do you ensure there is substance over speed?

If I had to produce those films completely on my own, I would have been able to do three to four films in a year but our partnership with other producers helps us execute projects. We are doing at least three more films with Luv Ranjan’s Luv Films and several projects with Nikkhil Advani of Emmay Entertainment. Working in this manner allows us enough bandwidth to work on several films simultaneously without compromising on it creatively. Similarly, we have partnered with Sanjay Leela Bhansali, BR Studios, among others.

Congratulations for crossing the 100 million subscriber mark on YouTube. What led to this increase in YouTube subscribers from September 2018?

Honestly, it’s not something I gave much thought to. I was not even aware of who was PewDiePie. I became consciously aware of it only after people started to send congratulatory SMSs. As the most subscribed YT channel revenuewise, it makes little difference to us whether we are number 1 or 2. But then we kept hearing these unfavourable remarks about India and Indians and our company. That’s when we launched the #BharatWinsYouTube campaign, appealing to Indians to subscribe to our channel. With so much attention on this YouTube battle, we became known in countries which had no knowledge about us.

At what stage are you creating content for web series?

We are at the stage of developing content and also pitching to OTT platforms for both fiction and non-fiction show. We should be ready with our first show in the next six to eight months.

What are the future projects in the pipeline?

This year we are going big on making new singles or what we call non-film music. We aim to release about 50 to 60 singles in 2019 itself. We have already released about 20 to 30. We even did our first international collaboration where Guru Randhawa and Pitbull worked together in Slowly Slowly, which has so far received over 143 million views. As far as films are concerned, Kabir Singh (starring Shahid Kapoor and Kiara Advani) released on June 21. There is Street Dancer 3D with Varun Dhawan, Shraddha Kapoor and Nora Fatehi. We are also doing an action-period drama which stars Ajay Devgn and Saif Ali Khan. We have Nikkhil Advani-directed Batla House with John Abraham and Jhund with Amitabh Bachchan, by Nagraj Manjule who had directed the blockbuster Marathi film Sairat. We are also doing a biopic on badminton champion Saina Nehwal. We are presenting Saaho, Prabhas’ next after Bahubali for the North Indian market. We have Anurag Basu’s untitled film which is a multi-starrer. Then there is Marjaavan, starring Siddharth Malhotra and Riteish Deshmukh.

Farming 3.0: How AI, IoT and Mobile Apps Are driving the AgriTech Revolution