Will PM's Visit to Bhutan Engulf the Indian Entrepreneurs and Hoist Bilateral Relations?

PM Modi flew to Bhutan, the Buddhist kingdom on the Himalayan edge’s  today for 2 day visit. This journey would add propulsion to India’s economic and strategic relationship with Bhutan, which would uphold the country’s progress at eminent podium.

India’s government has been following the path of maintaining bilateral relationships with the neighboring countries by prioritizing them. At times, there are chances when the world powers face trouble of economic slowdown whereas countries within our own neighborhood stand well at their economic platform.

Bhutan’s efforts to reform its entrepreneurship environment are supported by a World Bank Development Policy Credit series. It nourishes policies to improve fiscal management and brings ahead the private sector employment opportunities. 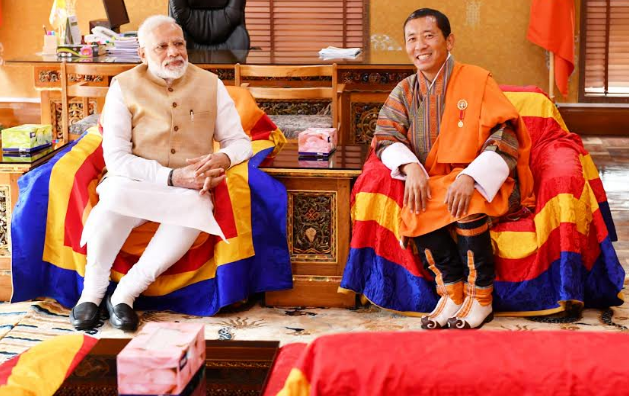 Bhutan is termed as a third world country with livelihood farming practiced in the whole region. In broader aspect, Bhutan’s soil is fertile along with the less population count which provides the right set of opportunities for our country to deal with them in agro business. Majorly refugees work in the agricultural sector. Earning women of the country holds majority in the sector related to agriculture. This gives an opportunity to India to provide an elbow room to Bhutan for investing and inviting agriculture sector of the nation.

Livestock farming practices evolved in the region along with the advancement and economic up gradation. Animal husbandry is an intrinsic part of farming activities in Bhutan, especially at the high peaks and altitude, this business forms the core economic status. And as India holds strong traditional history related to animal husbandry, the specific activity can be turned into an agreement which would encourage business in India. Over 75 per cent of rural areas owns cattle. Other significant livestock include poultry (reared by about 65% of rural households), horses (25%), goats (9%) and yaks (2%).

Mining is one of the most prevailing business sectors growing in Bhutan. It generates an average gain of 53 million U.S. dollars or contributing 3 percent to country's GDP. Industrial mineral products were the primary output of country’s mineral industry. It includes dolomite, graphite, marble and slate, and sand and stone. The production of a variety of stone materials and energy fuels had been increasing steadily in recent years. Joining hands with Bhutan over mining business would give an economic jump to India as well as Bhutan too.

I look forward to having fruitful discussions with H.M. the King, H.M. the Fourth Druk Gyalpo and the Prime Minister of Bhutan on the entire gamut of our bilateral relations. I also look forward to addressing young Bhutanese students at the prestigious Royal University of Bhutan.

I am confident that my visit will promote our time-tested and valued friendship with Bhutan and consolidate it further for the prosperous future and progress of the people of both our countries.” PM said.

Wendy's Roasts Jack in the Box by Making Fun of McDonald's: 'Somehow Not the Worst'