India runs on chai! Hundreds of corporate geeks socialize and crack business deals over a cup of tea or coffee. An average person spends at least 5-10 minutes sipping the brewing cup of goodness. During the time, one is bound to notice the cup – its shape, size and even the design. During one of their own local tapri moments, Sidharth Singh and Sanil Jain stumbled upon the idea of branding through teacups.

Singh had submitted the concept as a part of his college project whereas Jain, who after realizing the potential exposure that cups offer, dived directly into transitioning the idea into reality. The duo launched their advertising company CupShup in November 2014 to offer end-to-end services around paper cups to its clients.

Cashing in India’s love for Chai

“We devised a business model where our partners – corporates, college canteens, tea stalls, airlines, clubs and hospitals – will get these cups for free, and we will be charging brands for their promotion and marketing campaigns,” Jain recalled. The startup is based on the idea that there can’t be a more effective medium of communication than tea breaks in India.

When a company approaches CupShup for branding, the startup takes over the entire task, from ideation to providing creatives, including printing as part of the campaign. It basically takes the campaign order of minimum one lakh cup units and charges roughly around INR 1.5 per piece.

GupShup Over the Cup

The overall cost for the startup to produce one cup is nearly INR 1.2 per cup while making a profit of INR 30 paisa per cup as client servicing cost. The founder claims the brand has a strong distribution network of more than 1,500 corporates, 500 colleges, 5,000 retail tea vendors and partnerships with country’s 4 airline companies. 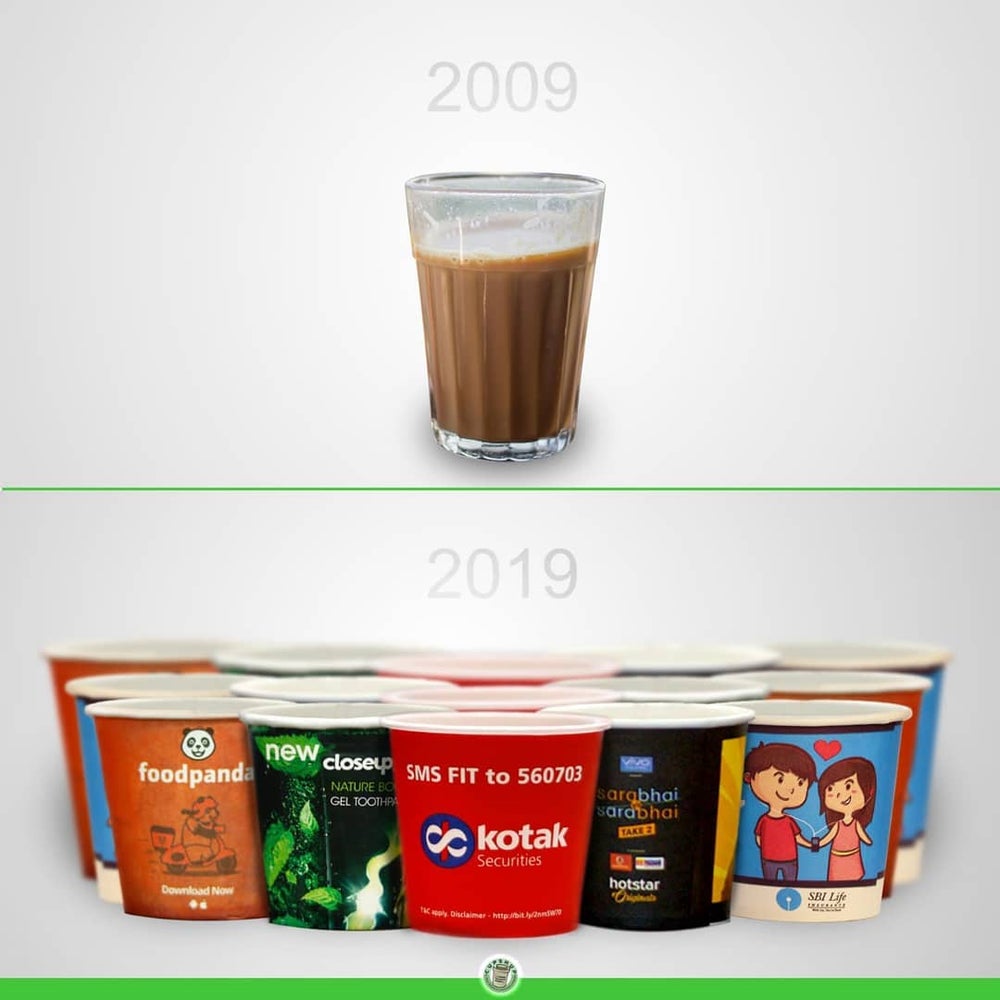 CupShup has served over 150 clients which includes names of some of the biggest brands like Google, Amazon, Unilever, Uber, Ola, Kotak, ICICI Bank, Coke along with startups such as FoodPanda, BYJU's, Swiggy, EarlySalary, Clovia, PaySense, among others. Currently, present in over 30 cities in India, the startup claims to have over 8,000 points of service airlines, clubs and hospitals.

CupShup promotes brands through word-of-mouth marketing. The founder maintains that the recall value of those consuming tea in their cups determine how well the campaign has been designed. He adds that the content on the cup also plays a big role in asserting the brand’s recall value, which can be as high as 95 per cent.

For any brand-specific requirements, the startup adds QR code, coupon code, and missed call numbers on their cups to help brands track the campaign’s output. CupShup is also careful about its target audience. Jain said, “The target audience for products such as Flipkart and Amazon will be very different from that of a movie.” 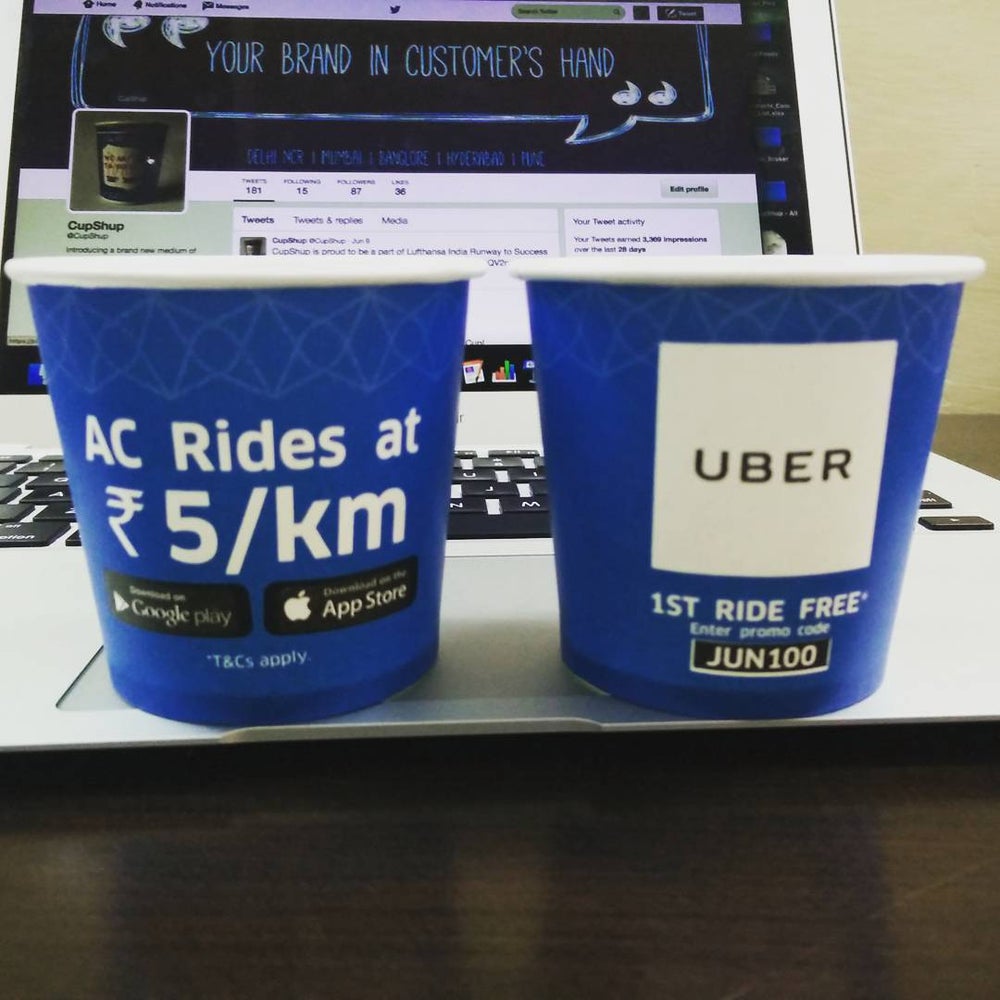 The advertising startup, which primarily runs its operation through the word-of-mouth, which is offline marketing, is already in the process of digitizing their offering. The startup has recently launched its in-house digital marketing brand, called It’s Official, to promote experiential marketing activities of its clients.

It also provides activation services to brands that include taking corporate permissions to ideation, engagement, execution, output, etc. They are already involved in over 5000 activations. Cupshup has successfully completed the last financial year with an INR 4.7 Crore in revenue. Bootstrapped and surprisingly profitable so far, the founders would be looking at raising funds by the year-end.