The real problem is the underlying business stinks.
Next Article Add to Queue

Let the business resources in our guide inspire you and help you achieve your goals in 2021.
Troy Wolverton
September 25, 2019 9 min read
This story originally appeared on Business Insider


Adam Neumann does not seem like the kind of person you'd want running a public company — or maybe any company at all.

But anyone who thinks removing him as WeWork's CEO is going to solve the company's problem and get its initial public offering back on track is seriously deluding him or herself.

The commercial real estate giant's fundamental problem is not that it has an entitled, hard partying, apparently self-dealing egomaniac as its head. Its core trouble is that it has a business model that just doesn't work.

By itself, replacing Neumann as CEO isn't going to change the fact that WeWork loses about a $1 for every $1 that it takes in revenue. Putting someone on the order of Jack Welch or Steve Jobs or even real estate titan Sam Zell at the helm at WeWork alone isn't going to change the fact that the company is burning through cash like a wildfire going through a California forest after a seven-year drought and is on track to run out of money as soon as this spring.

And getting rid of Neumann isn't going to alter the fact that WeWork has an order of magnitude mismatch between what it owes its landlords in coming years and what its tenants are committed to paying for its services.

This is a company that — at least as it stands now — has a fatally flawed business. The only reason it's stayed operating as long as it has is because investors were foolish enough — or so entranced by Neumann's cult-leader-like personality — to keep pouring copious amounts of cash into it to the tune of nearly $13 billion.

Removing Neumann might make some lenders and investors more comfortable with putting even more money into the company. But unless WeWork's new leadership overhauls the company's basic business model, the coworking giant's not going to be any more likely to survive into the future than it is now.

Scrutiny of Neumann has been increasing

It's no surprise that the board is considering removing Neumann. He has long inspired skepticism even as he built WeWork into a real estate titan with a $47 billion private valuation and an immense portfolio of leased office space. He has drawn increasing amounts of scrutiny in recent months amid a series of revelations about his personal finances and dealings with the company.

By selling stock and borrowing against his WeWork shares, Neumann has cashed in some $700 million of his holdings in the company. He made millions more by buying stakes in buildings and leasing space in them to WeWork and by registering the "We" trademark and selling it to the company.

Meanwhile, the company employed at least two of his relatives and gave his wife the power to help name his successor should he die or become incapacitated. And it set up a corporate structure right before it made its IPO paperwork public that insulates him from outside shareholders and can shift the tax burden on future profits from him to them.

After such deals and arrangements raised eyebrows among investors, WeWork and Neumann made a few changes. He agreed to return the money he made on the trademark and to accept some limitations on his ability to profit from the buildings leased to WeWork. His wife was removed from her role in succession planning. And Neumann agreed to reduce his voting power from 20 votes per share to 10 votes per share.

Neumann was forced to find his own way home from Israel after the flight deck of the private plane that flew him there found a stash of marijuana left there, presumably for the ride home, according to the article. Executive meetings and company parties involved prodigious amounts of tequila, the Journal reported. And the company held a booze-soaked party immediately after Neumann held a meeting to discuss his decision to lay off 7% of WeWork's staff.

In the wake of that article — and WeWork's scuttled IPO, which it postponed even before the article amid Wall Street resistance — the company's investors and board reportedly began discussing Neumann's future role at the company. The board is meeting this week to figure out what to do. Among other things, it's reportedly considering forcing Neumann to step down as WeWork's CEO, possibly to remain as its non-executive chairman.

Forcing Neumann out could be a positive step. When Uber made a similar move two years ago, first ousting founder Travis Kalanick as its CEO and then replacing him with Dara Khosrowshahi, it led to something of a corporate makeover. Uber settled a legal dispute with Google spin-off Waymo, restructured its corporate governance, fired a slew of people for sexual harassment, and vowed to be a better corporate citizen. Crucially for investors, it eventually was able to complete its long-awaited public offering. 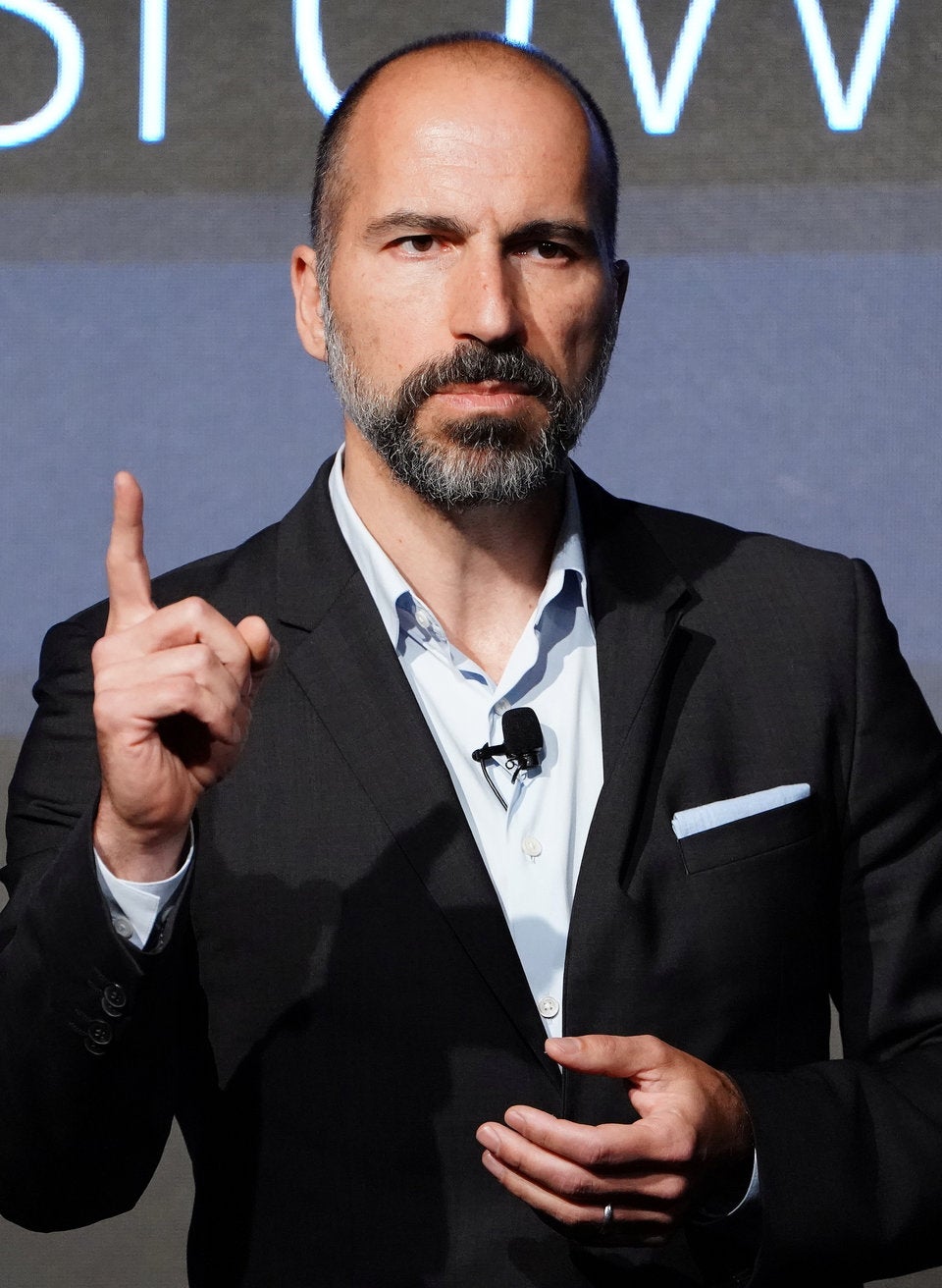 But Uber's experience also serves as a cautionary tale for WeWork. Because replacing Kalanick with Khosrowshahi didn't fix Uber's underlying business problems. The app-based taxi company is still losing billions of dollars and burning through huge amounts of cash. Khosrowshahi has proven no better than Kalanick at figuring out a sustainable business model. If anything, his task has become more difficult amid sustained competition, growing regulation, and increasing unrest among Uber's drivers.

And Uber's job is arguably much easier than WeWork's. After all, Uber is basically a technology service. Although it duplicates a taxi business, it doesn't own cars or employ drivers, at least not yet. It just provides a kind of online marketplace that connects riders with drivers. And eBay showed nearly two decades ago that operating a marketplace that brings together buyers and sellers of goods or services can be a significantly profitable business.

But unlike Uber, WeWork has few real claims to being a technology business at heart. Its basic business is leasing space from building owners on long-term leases, subdividing those spaces, and then subleasing them to other companies on much shorter-term deals. It's had to spend billions of dollars leasing space — and has had to commit to spending billions more in the future so that it can keep growing. It's also had to spend billions of dollars building out and furnishing those spaces.

It's not unusual for commercial real-estate companies to invest a lot of money upfront. But typically such companies are buying buildings or are building out spaces for long-term tenants.

That's not the case with WeWork. It owns exceedingly few of the buildings it leases out. And its tenants aren't committed for the long-term. Even after WeWork has stated to sign more large companies as tenants and pushed its members to sign longer deals, the average WeWork customer is still only committed to being in its space for 15 months.

The basic problem with WeWork's business can be seen in just two pairs of numbers: 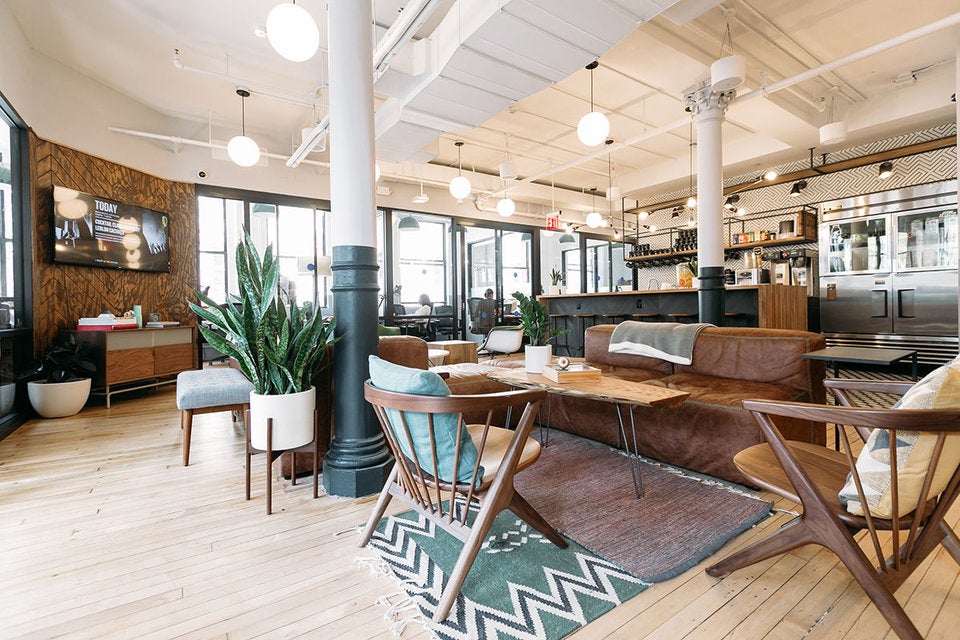 The first set of numbers represent the total amount WeWork has committed to paying its landlords on its leases on into the future and the average length of time of the leases it has signed.

The second set of numbers represents the commitments WeWork's tenants have made under deals they've signed with the company and the average length of time of its tenants' deals.

A new CEO is going to have a likely impossible time closing the gap on those numbers without either fundamentally changing WeWork's business model or dramatically scaling back not only its growth, but its current operations and lease commitments.

And there's another set of numbers that together represent a much more urgent problem than whoever's name is on the door of the CEO suite: $2.5 billion and $1.5 billion.

At that pace, WeWork could be out of cash by early May. With the IPO on ice for now and, with it, a promised $6 billion credit line, WeWork's CEO is going to have to figure out how to find more money to keep the business afloat — or how to make some huge cuts to save what cash is left.

While massive change could help WeWork stay in business, it's unclear whether the company's existing investors, such as SoftBank, can stomach such a radical overhaul. The promise of WeWork — what helped it garner a $47 billion valuation in the first place — was that it was essentially a tech company with the growth to match. Eventually — once it got big enough — it would be able to show the kinds of returns that other former money losers like Amazon now deliver.

Recognizing that WeWork is really in the real estate business and needs to reshape its business to focus less on tech-like growth and more on boring things like operating expenses and lease costs is certain to further depress its already deflated valuation. After all, IWG, a coworking pioneer that's around the same size as WeWork and actually profitable, trades at less than $4 billion.

SoftBank, which is trying to raise a second $100 billion VisionFund, is reportedly loath to write down its investment in WeWork to even $15 billion or $20 billion. Taking it down even further may be out of the question.

Maybe another CEO, one who isn't the founder and isn't so personally tied to the company as it is, might have the kind of perspective to tackle all of WeWork's problems — how to placate investors such as SoftBank, how to get costs and revenue more in line, how to build a sustainable business.

But by itself, replacing Neumann CEO doesn't solve WeWork's problems. And no one should let themselves be fooled into thinking that it does.

WeWork, Industrious, The Yard: Here's How Much Membership Will Cost You at 12 Coworking Spaces