Finance Minister Nirmala Sitharaman said that amidst growing trade tensions between US and China, India can turn out to be the favorable destination for MNCs moving out of China
Next Article

After a month of waiving off the corporate tax rates in order to boost the domestic speculation, Finance Minister Nirmala Sitharaman stated the plan about setting up the blueprint to entice Multinational Companies planning to shift business outside China due to surging trade friction between United States and China.

Amidst escalating business pressure between the two global superpowers, US President Donald Trump has urged American ventures to shift their production base out of China. Due to which countries like Vietnam has received its benefit so far.

Reasons that can be advantageous for Indian business

According to FM Sitharaman, companies that are contemplating getting their businesses out of China are considering India as a suitable option, accordingly, it becomes of utter significance to the Indian government to set up meetings with the industry tycoons and invite them to India for further progress.

This move has been given importance to the matter after the recent decision of Finance Ministry in slashing down corporate tax rates to increase domestic investment in India. A month ago, to give a fillip to domestic production and employment creation, Sitharaman declared a cut in effective corporate duty without tax sops from 34.94% to 25.17% for existing ventures and for new organizations from 29.12% to 17.01% starting 1 October.

The move which made India's corporate expense system globally focussed, builds post-tax earnings of organizations for reinvestment and dissemination to investors. This is expected to help India to be a part of global supply chain of multinationals.

Eyeing this opportunity, MNCs might get inclined towards India to set up its production units and increase profit. India, at present, is considered to be the developing market for the speculators which might benefit Indian economy. This move will also help India to augment its supply chain and capital influx.

According to The LiveMint, Giving Apple.Inc major importance, Sitharaman said in its latest conference that a study has to be conducted upon how many foreign speculators would seek India as a beneficiary for their business. “If company like Apple and its entire ecosystem move to India, it would have massive effect of other companies”.

Related Article: How Modi Will Bring Ease in Indian Start Up Business With Global Investments

According to the Finance Minister’s recent meet with the US Treasury secretary Steven Mnuicin, India is in a bid to structure an agreement soon with United States as trade negotiations are on progress. 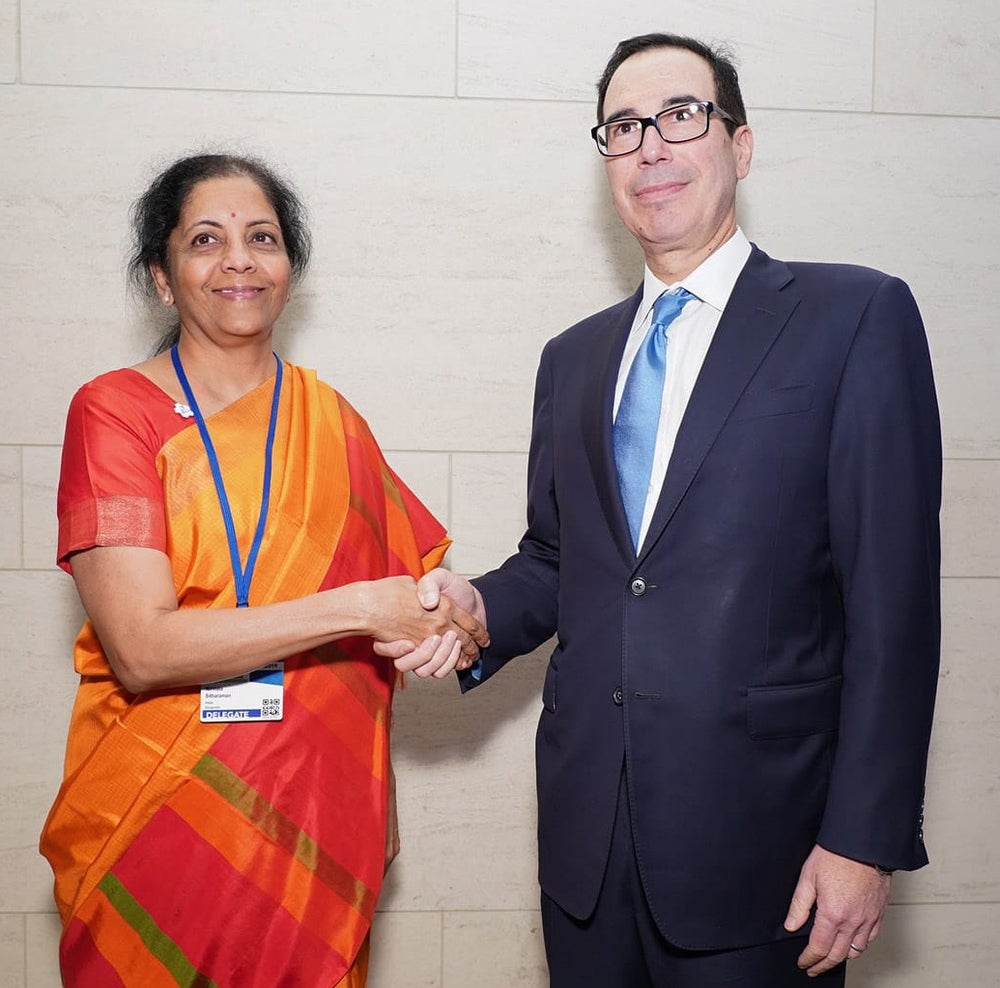 According to the Business Today, FM Sitharaman said “I broadly mentioned it to Secretary Mnuchin, but that is something on which the Commerce minister and Mr (Robert) Lighthizer (US Trade Representatives) are working. My inputs are that the negotiations are going in full speed and there's a great intensity with which both sides are engaging and hopefully the deal will be structured soon," Sitharaman said on Saturday.

India has put its demand of excluding high duties from by the US on certain steel and aluminum items, resumption of export advantages to certain local items under their Generalized System of Preferences (GSP), more prominent market access for its items from sectors, including agriculture, automobiles, auto segments and designing, whereas US has demanded Indian authorities to increase market access for diary items and medical equipments.

Aiming the better economy and growth capabilities of the country, economic departments are forging ahead with the progressive efforts. FM Sitharaman and US Treasury Secretary Mnuchin agreed to continue their dialogue in the month of November during Mnuchin’s visit to India.

How Employment Will Boost With Govt.Strategies Amidst Global Trade War?

How India's Start-up Poster Boy Went Out of Job Overnight