PM Modi is on his second visit to Saudi Arabia for trade investment agreements. He has arrived in Riyadh on late Monday
Next Article

India and Saudi Arabia are in a bid to strengthen its bilateral trade ties considering all sectors from developmental aspects. PM Modi is on his second visit to Saudi Arabia for conducting sessions and holding separate round of talks with Saudi’s crown prince Mohammad Bin Salman.

On his visit to Riyadh, PM Modi delivered the keynote under the title “what’s next for India?' at the forum, which is dubbed as 'Davos in the Desert'. 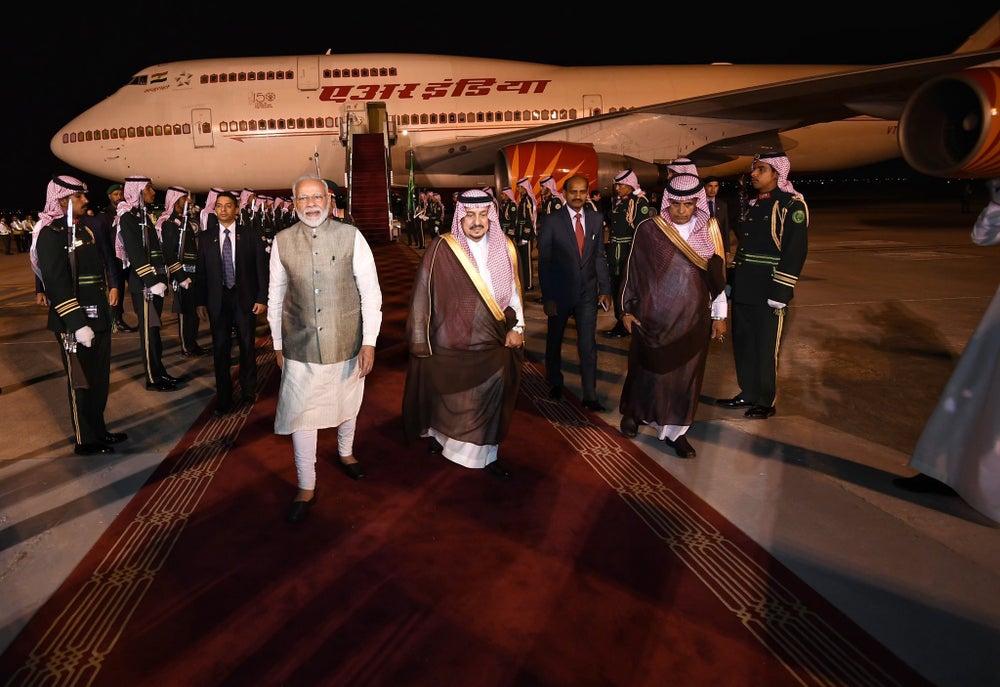 Besides delivering his keynote,  PM Modi would hold respective conversation sessions with Saudi King Salman Bin Abdulaziz and Crown Prince Mohammed Bin Salman. Both nations are expected to consent to various agreements in key areas including oil and gas, sustainable power source and civil aviation to support their ties.

The three-day Future Investment Initiative (FII), as the forum is formally known, will host lenders, governments, and industry pioneers who might talk about worldwide exchange and investigate the patterns, openings and difficulties shaping the worldwide investment sphere over the coming decades.

India’s oil needs comprise of 83 per cent of oil imports and Saudi Arabia is the second biggest supplier of oil to India. In the fiscal year 2018-19, Saudi Arabia sold 40.33 million tones of crude oil to India. To increase and strengthen this bond, PM Modi is in a bid to meet Saudi King and prince.

Saudi Aramco alongside U.A.E national oil organization ADNOC has marked a fundamental agreement with Indian state-run organizations for a half stake in an arranged 1.2 million barrels for every day (bpd) mega refinery on the country's west coast. 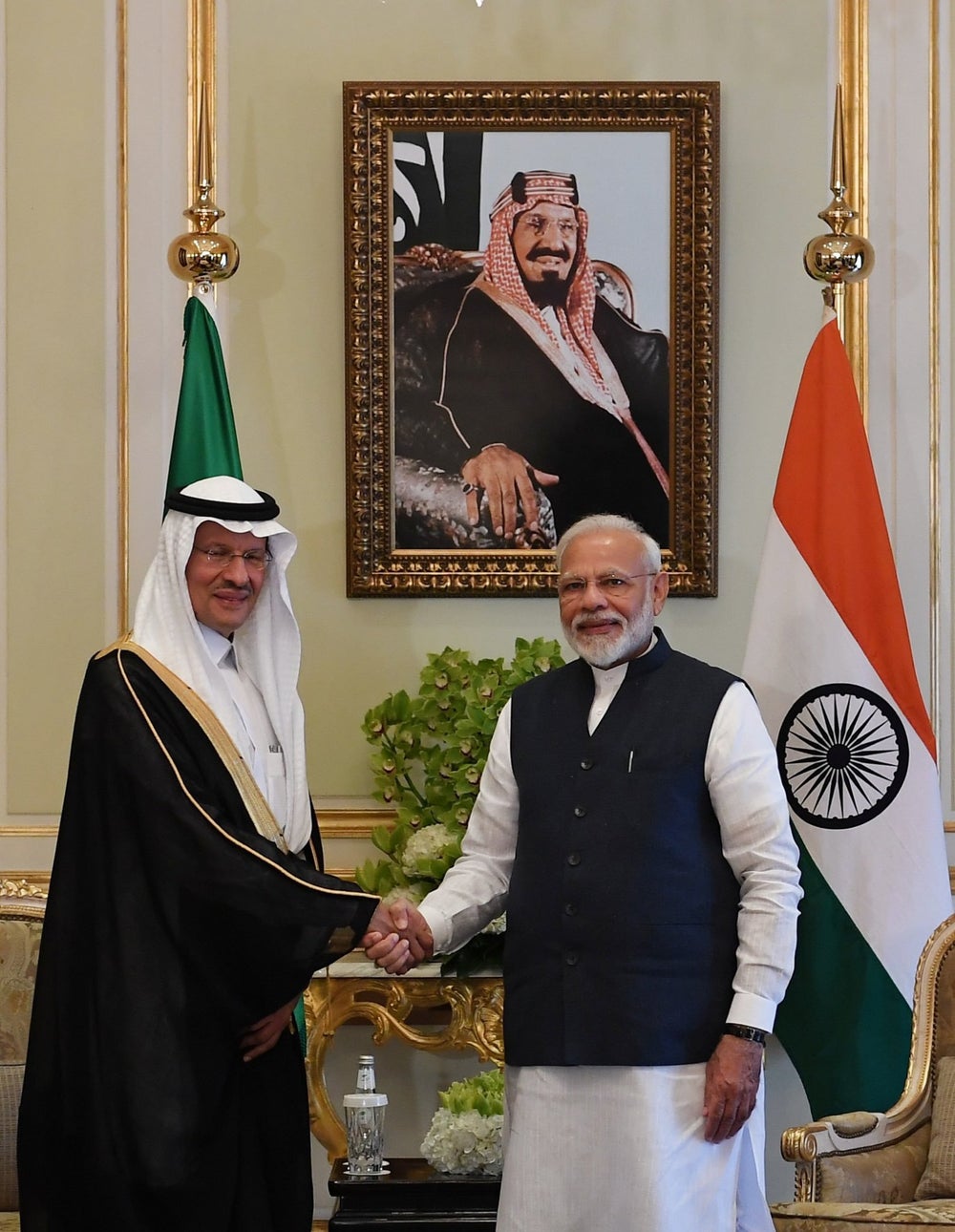 According to the India’s Ambassador to Saudi Arabia, Dr Ausaf Sayeed, a trilateral partnership has been formed between Saudi Aramco, the Abu Dhabi National Oil Co. and a consortium of Indian oil majors with an aim to set up the world's largest greenfield refinery in Raigarh district on India''s west coast.

From a purely buyer-seller relationship, we are now moving towards a closer strategic partnership that will include Saudi investments in downstream oil and gas projects," Modi said in an interview to Arab News, according to a statement released by his office.

The Indian government plans to sell its whole 53.29% stake in state-run processing plant Bharat Petroleum Corp, at an expected cost of $10 billion.

Aramco is likewise peering toward a 20% stake in the petrochemical and refining business of Reliance Industries in a multibillion-dollar bargain.

According to the live mint, During Modi's visit India will sign energy deals with Saudi Arabia including its participation in India's strategic petroleum reserve. 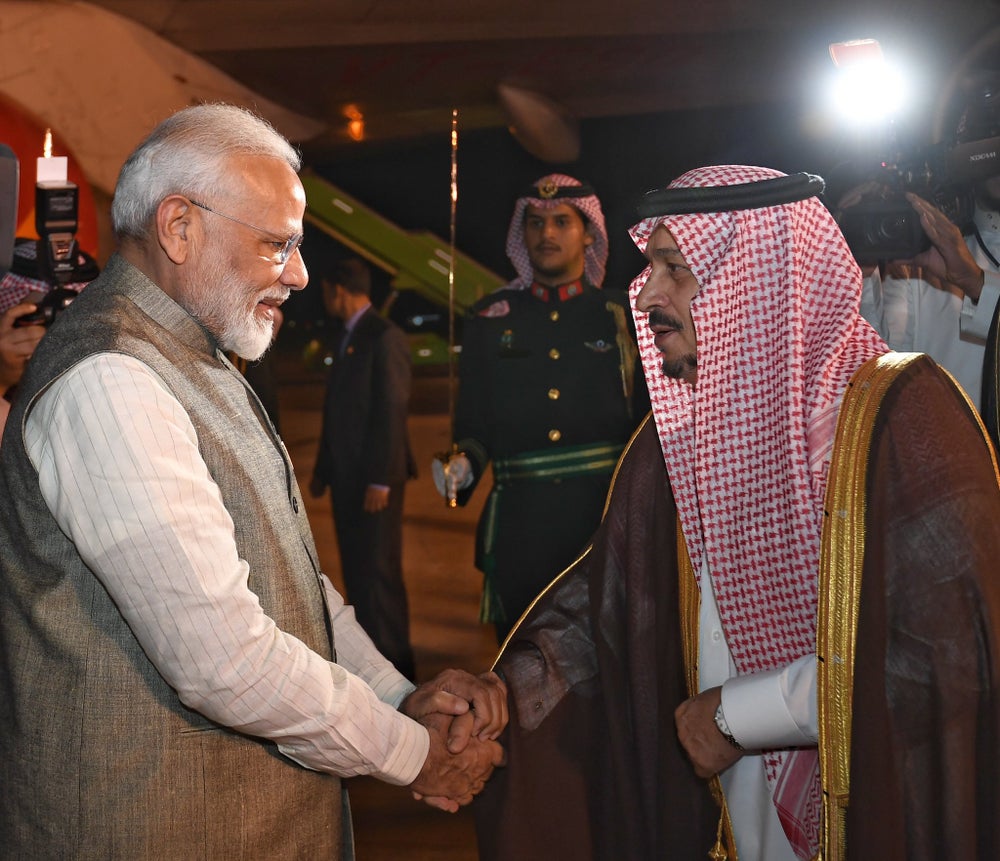 On economic development, Prime Minister Modi said India has embraced numerous changes to make a business-oriented environment, and to guarantee that it stayed a major driver for global development and security.

Stating the World Bank’s Ease of Doing business index, PM said "Our developmental changes for ease of doing business and introducing speculator-friendly initiatives have contributed to improving our position in the index from 142 in 2014 to 63 in 2019," he said.

Welcoming the Saudi’s investors in India, Prime Minister brought ahead the sectors like infrastructure and smart cities programme for them to invest in. Also, he stated that investors’ can foster their interest in Infrastructure and National investment fund.

Under vision 2030 of Crown Prince Mohammed, the oil-rich Saudi Arabia intends to expand its economy while diminishing its monetary reliance on oil based goods.

Not just oil, but eyeing the other developing markets in India, Saudi Arabia in its last month statement mentioned to invest $100 Billion dollars in India targeting sectors like energy, infrastructure, petrochemicals, agriculture and mining.

To foster and accelerate it, PM Modi is aiming at augmenting matters related to development in the various areas. He stated that defence, security, trade, culture, education and people-to-people contacts are the other important areas of bilateral cooperation with Saudi Arabia. PM Modi addressed the delegations at FII with the economy growth areas of India along with its progressive figures. The FII is composed by the Public Investment Fund, the Kingdom's primary venture arm and one of the world's driving sovereign riches reserves. The discussion is proposed to extend the Kingdom as the future investment center in the region.