Noida-based edtech exam preparation platform Gradeup raised $7 million in a round of funding led by digital products company, Times Internet. The funds will be utilized for enhancing its existing offerings, diversification and expansion. The total funding raised by the start-up till now is $10 million.

Gradeup was founded in 2015 by Shobhit Bhatnagar, Sanjeev Kumar and Vibhu Bhushan. The platform provides preparation tools for those aspiring to crack competitive exams such as JEE, NEET, IBPS, SSC, TET, GATE and UPSC, among others. The platform claims to have more $15 million registered users.

Speaking on the funding, Shobhit Bhatnagar, co-founder and CEO of Gradeup said, “We are investing fresh funds to further build our live online coaching platform, scale our academic team to 100 faculties and 200 subject matter experts and to expand further in Tier 2, 3, 4 towns.”

Online Over Offline Modes of Learning

Gone are the days when students had to stack and mug up fat books, papers and photocopies. Digitization has brought an enormous change in the way student approach their education today. According to a survey by Gradeup, 70 per cent of the students are willing to shift to online teaching if they can access live online classes. In addition, the report also said 90 per cent of the students prefer online modes of training over offline coaching owing to factors such as convenience, affordability and access to live classes. Convenience is the most important factor since every individual doesn’t have the same level of productivity at the same time. According to a survey by Internshala, learners are most active between 5 pm and 11 pm.

Bhatnagar, in an interview with Entrepreneur India, earlier spoke about the impact of live classes, “This has greatly enhanced the overall learning experience with more interactive learning, making quality education more widely accessible for students across the country.” 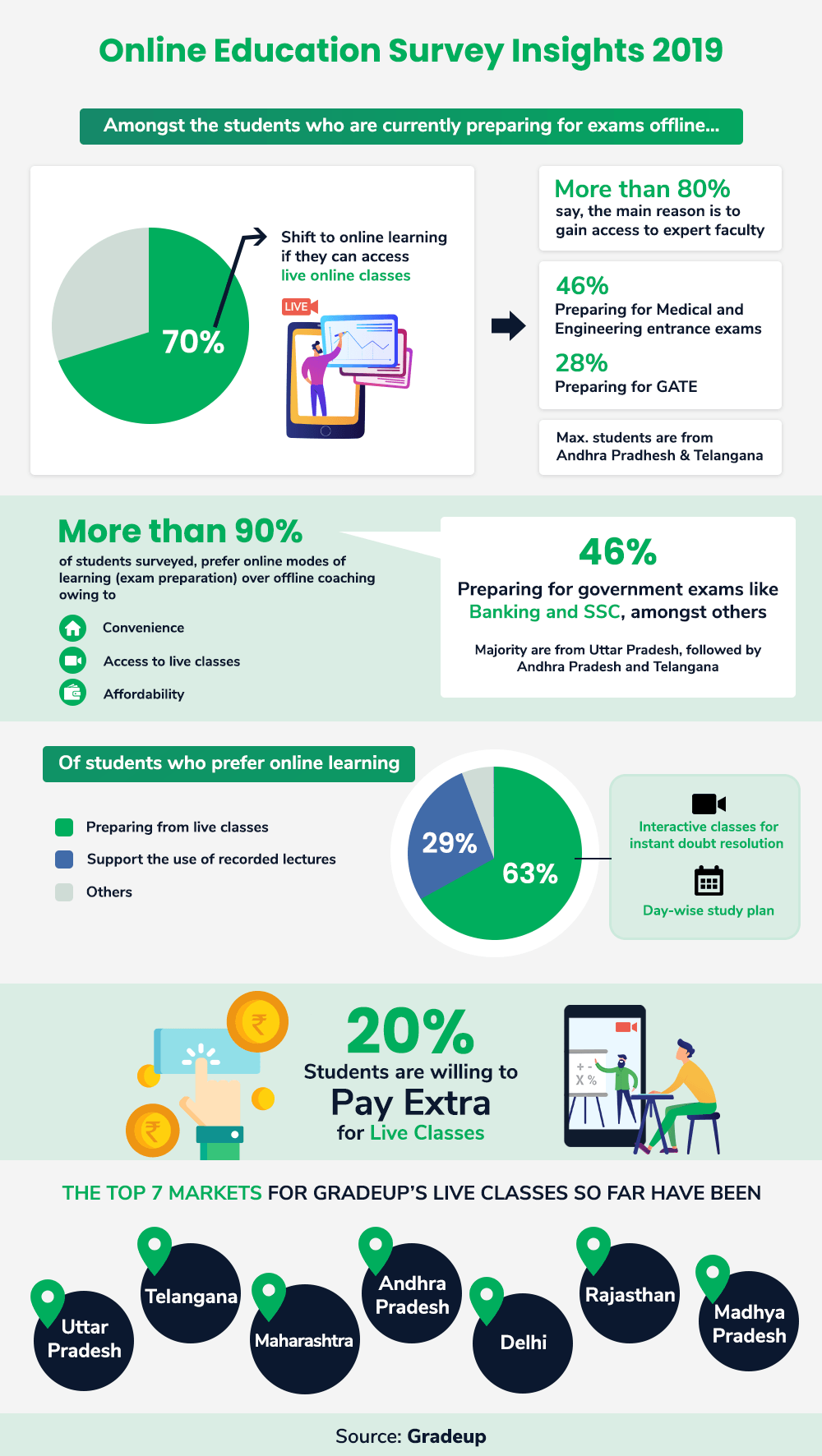 This transition in the user’s behavior to seek online education has contributed enormously to the Indian online education market. Gautam Sinha, CEO Times Internet, in the statement on Tuesday said, “The online education market in India currently stands at $247 million and is estimated to grow more than 8X over the next 5 years to over $1.96 billion in 2021. This growth is expected to be backed by a phenomenal rise in paid users across top edtech platforms, which is projected to grow from the current base of around 1.57 million to 9.5 million users in 2021 at a CAGR of 44 per cent.”