In the back of several recent controversies surrounding the company, the social networking giant introduced new logos to distinguish between the company and the app, and aims to make it clearer to customers about the various Facebook-owned products they use.
Next Article

Facebook has updated its company branding in an effort to be clearer about its suite of products, the social networking giant announced.

The company has been in the middle of controversies in the recent past for how it handles the data of its users, which also sparked a larger debate around online privacy. It has also faced flak for the moderation of certain kinds of content and in some cases, the lack of it.

“We’re introducing a new company logo and further distinguishing the Facebook company from the Facebook app, which will keep its own branding,” the company said in a statement.

The new branding uses custom typography and capitalization to maintain a distinction between the company and the app.

Founded 15 years ago, Facebook has made several acquisitions over the years including popular messaging platform WhatsApp and photo sharing app Instagram.

“People should know which companies make the products they use,” the company said in the statement.

In June, it started including “From Facebook” in all of the apps under its purview. “Over the coming weeks, we will start using the new brand within our products and marketing materials, including a new company website,” Facebook said.

“This brand change is a way to better communicate our ownership structure to the people and businesses who use our services,” it added.

To create a distinction between the company and the Facebook application, chose an all-caps treatment for the logo.

“We needed the wordmark to establish distinction from the Facebook app and allow for a clearer connection to the full family of technologies,” the company said. 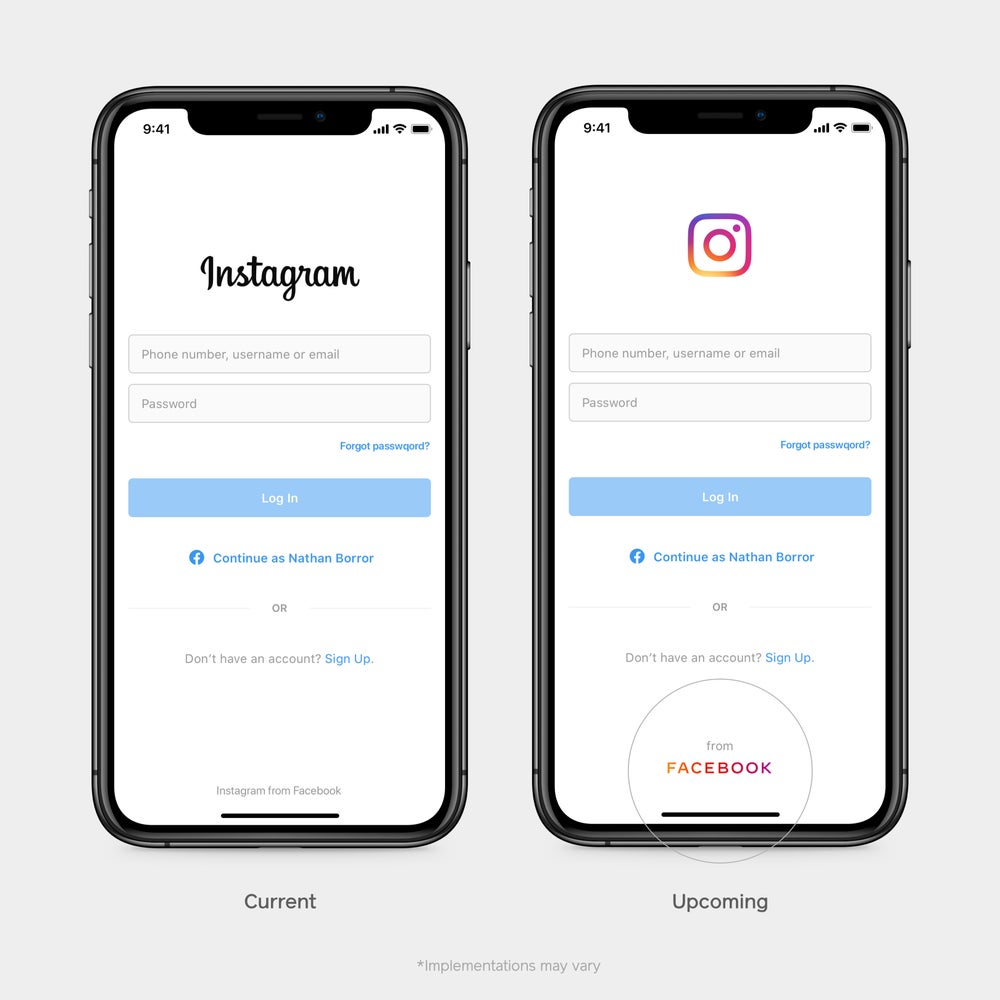 The brand name will also now be seen in different colors, depending on where it is positioned. “This system allows the wordmark to take on the color of our individual brands, creating a clearer relationship between the company and the products we build.”