While on the one hand the demand for hydrocarbons is galloping, the domestic production has remained muted

Prime Minister Narendra Modi on his recent visit to Saudi Arabia announced that the Kingdom will invest in India’s downstream oil and gas projects which will be a key association between the two nations, a move that would also provide the world's top oil exporter a steady outlet for its produce.

Saudi Aramco along with UAE’s national oil firm ADNOC has already announced to take up 50 per cent stake in the planned 1.2-million barrels per day mega refinery on India’s west coast.

These are efforts by the government to take care of its hydrocarbon requirements as while on the one hand the demand is galloping, the domestic production has remained muted.

According to the Petroleum Planning and Analysis Cell, India’s crude oil production has been declining since the past five years. Meanwhile, the country’s import dependence for crude oil has been going up.

India’s import dependence has been increasing since 2014-15, despite Modi’s intention to reduce as was articulated by him after coming to power in 2014. Given that consumption in the country is rising every year, the government is now eyeing foreign investment in the energy sector including exploration and production. 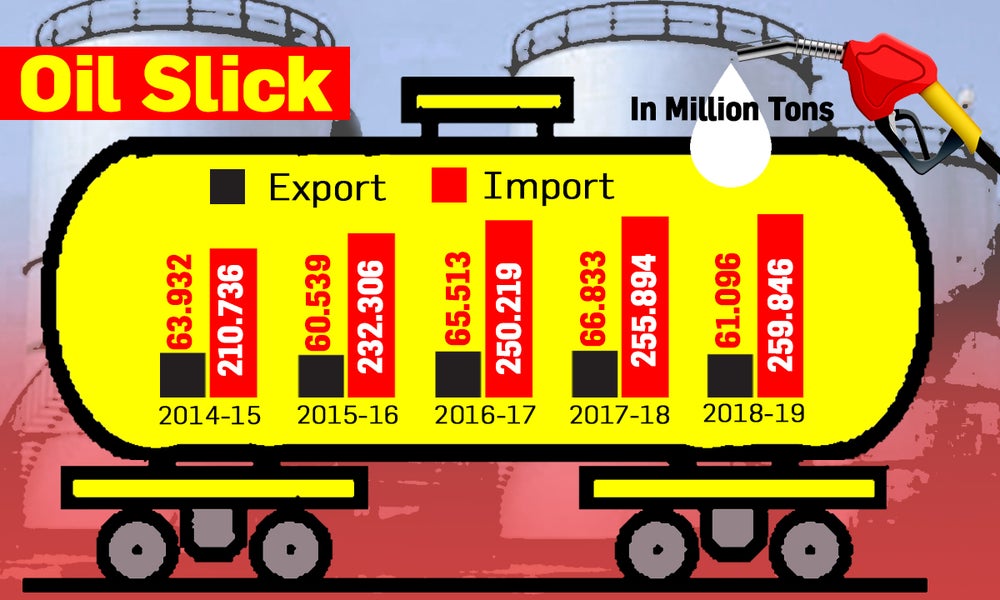 Aramco is additionally looking at a 20% stake in the petrochemical and refining business of Reliance Industries through a multibillion-dollar deal.

During his visit, Modi addressed a session, Future Investment Initiative 2019, where he invited local companies to invest in India’s energy sphere. Stating the investment target, Modi mentioned that India expects $100 billion pouring into the country’s oil and gas sector by 2024.

Modi interacted with the King Salman bin Abdulaziz and Crown Prince Mohammad bin Salman to discuss trade and to strengthen bilateral relations between the nations.

According to a statement released by the Prime Minister’s Office, Modi said in an interview to Arab News that, “From a purely buyer-seller relationship, we are now moving towards a closer strategic partnership that will include Saudi investments in downstream oil and gas projects.”