By Punita Sabharwal November 17, 2019
Opinions expressed by Entrepreneur contributors are their own.
You're reading Entrepreneur India, an international franchise of Entrepreneur Media.

From stepping foot in New York, Cambridge, Dublin, London, Australia, the world is surely his stage with live shows all across the globe. But the firecracker didn’t have this fine start from day one. His weirdass journey has been nothing less than a rollercoaster where he found himself and the ways to have fun to make himself ready for his next success.

There is a time in everyone’s life where we are struggling to make ends meet, and looking for the meaty roles especially cut out for us, but then after all the struggle, we start asking ourelves, “Is this what I should be doing throughout or can I be the anchor of my own ship?” and the game changes. Vir Das’ story is no different, who started dabbling with drama, went on to do some comic stuff in India for a few years, took chance in Hindi cinema and three years ago took over the American comic scene and is currently building his own production house Weirdass Comedy, a funded enterprise now. It is India’s only comedy consultancy which looks after producing original content independently and even consults brands for comedy content solution for TV and digital platforms. That’s called being the master of your own game. That’s the seriousness of the business this comic guy on earth is building. Today, Das is the highest grossing English comedian in the country. His comedy pedigree speaks for itself, with a career spanning 100+ comedy shows.

Vir Das has, over the past decade, created an etched position for himself not just as an actor-comedian but also as a goring business entrepreneur. Here’s Vir Das on laughter going viral. 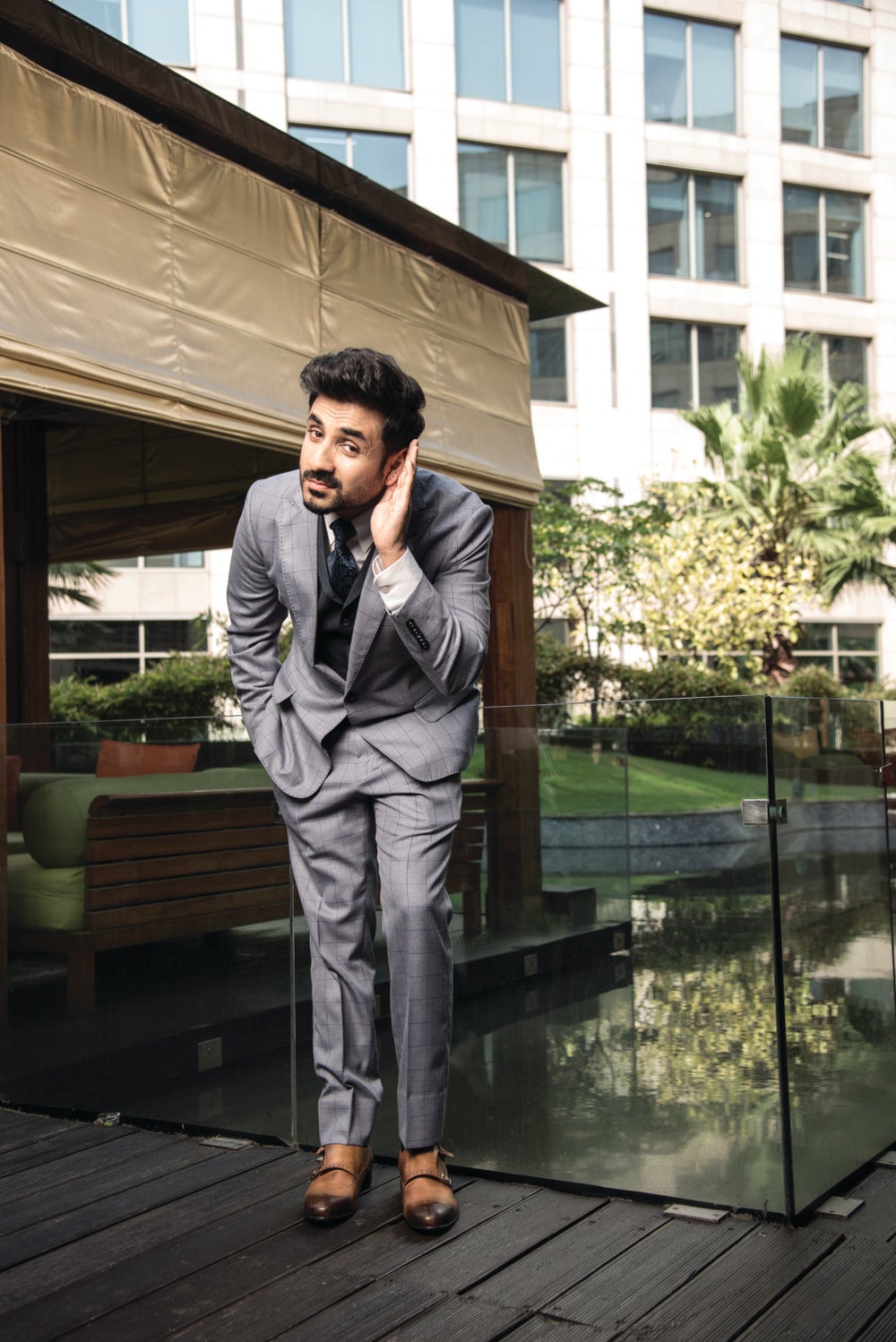 THE PORTRAIT OF AN ARTIST
Born in India, Vir Das was raised in Nigeria and did his schooling in Nigeria and Delhi. As a kid who wanted to be an athlete he was out of the house for eight hours a day playing basketball and tennis. Talking about his childhood from where his funny bone got built, Das shares, “My dad has a great sense of humour so the house was full of laughter.” He went to the US to study economics and theatre at Knox College in Illinoi. In the final year he did about 30 plays and realized that theatre is very rigid and stand-up comedy is completely out of the box. When he came back to India he realized comedy was not mainstream. It was restricted to certain high-end topics and people that too restricted to certain few locations. There was other cool stuff nobody was talking about. On the content he chose to talk about Das delves, “When you are young you can be a rebel but when you grow old, you realize you need to be a rebel with substance.” Talking about his journey, he says, “With a comedian you can be in a flop film on a Friday and still be on stage on Saturday. To do stand-up comedy you just need to be smart.” Going forward he believes the future of comedy is going to be the next regional kings. “They will succeed if they have the courage like the English comedians and they are able to perform in Hindi, Gujarati or Punjabi,” he adds.

After being a part of the Indian comic scene he went on to test the waters overseas. He says, “When I had done 7-8 years in India, I was confident. I went for 10 days, did a few shows. I had questions in mind like do they understand me, will I able to relate to them or change later. I figured out I can be who I am. It all boils down to what is your story, how fun is it. An African story is just as interesting as an American story.” That was his moment of finding the right footing. Two-and-a-half years ago he started writing often and people started approaching him with their ideas. “I realized there is this gigantic opportunity. There is content being watched on smart phones. I put a fair amount of my savings into my company called Weirdass Comedy. Without any revenue, we were just hiring writers and developing ideas. It could be web series, films, when we went out to market 18 months ago.” Currently Weirdass is producing for Netflix, Amazon Prime and ABC studios. He scaled it up from eight to 26 employees. He says, “It just transformed me from acting in a film to me producing a film and deciding the cast.” His company is all set to roll out three web series and two movies.

The journey of an artist to an entrepreneur is not easy. He says, “I have been surrounded by good people that I just get to be the creative director. I get to hear the idea, mentor the idea and really brainstorm about it. Then I step outside and find people who are really good at their job to come in and join.”

An artist can really fall out in fallacy if not kept track of. At 40, Das seems to be enjoying the best phase of his career. According to him, a lot of people are doing so much out there that they forget to sponge into themselves. By the time they are 40, they are burnt up. “I don’t want that to happen. I hear their experiences, best thing I can do is just empower people. It is making me a better artist.” Over a period he realized that good things take time. Career can be slow for a while; for two years he had nothing better than the Netflix show. “I took a year  off from acting to work on this Netflix show. And thank god I did because it turned my whole life around. The world knows me now, before that I was just trying to ensure if I have the next film,” he says. 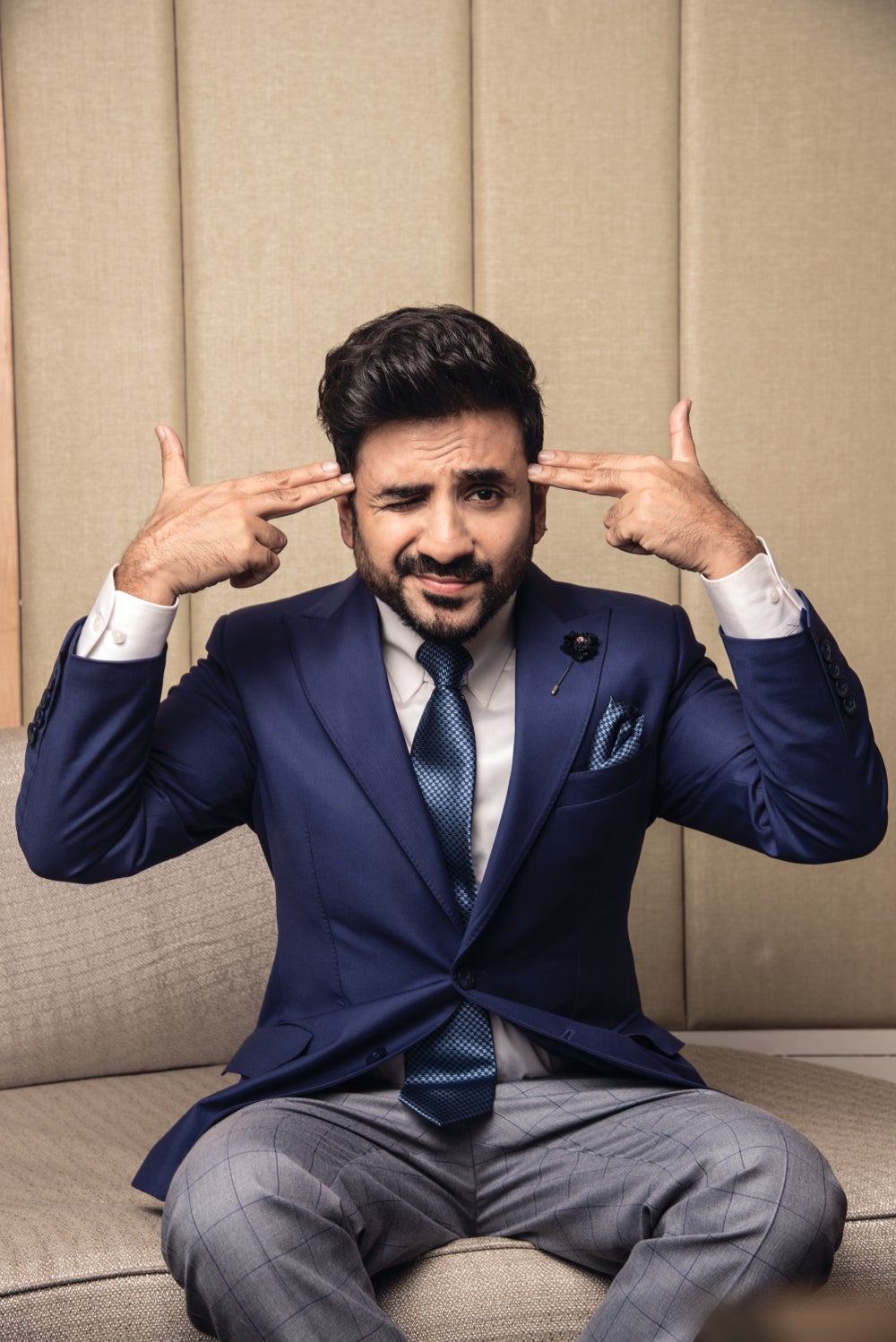 DONNING MANY HATS TO WIN HEARTS
Sharing his changed self, Das says, “When I have a show, I work very hard. When I am shooting, I just concentrate on shooting and when I have to do comedy in the evening, I write the whole day.” He also plays at two music festivals. He says, “Sometimes you work so hard to get through the failure. It is difficult to get done with the tough time and by the time you reach the good times, you are burned out. Then you are not ready for the good times. Have fun in the failures.”

Das keeps himself in the know of things. He is a fan of political leaders like Mahatma Gandhi and Barack Obama based on their public speaking skills. He says, “In the next three-four years, I plan to write a book not about myself but on something or someone else.”

“I enjoy stupid things because my entire life has been spent looking for intelligent comic roles. I enjoy spy thrillers and I like history,” shares Das.

On the work front, he adds, “This year has been all about stand-up comedy. Starting October onwards, it’s about acting 12 months straight. I am going to shoot my new Netflix show in October. After doing the film, I will act for about eight months.” Das went on to produce two comedy festivals. The next one is set to bring in a lot of international artists to India. Das believes content is the biggest business in India. This helps to do different things on different days without any need to rush it, he concludes.

DON’T FORGET TO HAVE FUN: In the corporate world, you can change jobs. In the entertainment business, it is very hard to climb the ladder. The road is not in your control but if you can find a way to have fun in the process and by the time you arrive at your next success, you are healthier, fresher.

WHY SO SERIOUS?: I have been in a situation when I have been bankrupt, not knowing where the next meal will come from, even then we would sail through.

MOVE ON: I can’t watch my past shows. When I see my work, I don’t enjoy it. I only end up being more critical.

FIND A GREAT MIX: I perform in English. I am not very Indianised, not very anglisised, but somewhere in between. So depending on where I am, it helps.

HAVE A GREAT STORY: I would like to take the Indian culture out to the world. I am fortunate to have that international backing; it would be selfish to tell just my story. I would like to tell an Indian story.

SEE LIFE WITH A DIFFERENT LENS: Your perspective of the world is unique, you are seeing which nobody has thought of, so be a rebel all your age and talk about things which are not talked about.