'Building a Business Is Just as Hard as Combat': How a Life in the Military Gave Patch Baker the Skills to Help Veterans Excel at Becoming Entrepreneurs

The Marine Veteran and CEO of Mobius Media Solutions is on a mission to make Veteran Owned the new American Made.
Next Article Add to Queue

Stay informed and join our daily newsletter now!
November 20, 2019 9 min read
Opinions expressed by Entrepreneur contributors are their own.

When Patch Baker left the Marine Corps, he had survived some of the most hellish war zones on Earth. He had spent more time “in country” than out — so much time that he could have applied for citizenship.

However, Patch quickly realized entering the civilian world with a Marine Corps mentality and work ethic would prove to be a difficult obstacle that he hadn’t anticipated. After a lifetime of purpose and structure, Patch knew nothing about how to excel as a civilian. 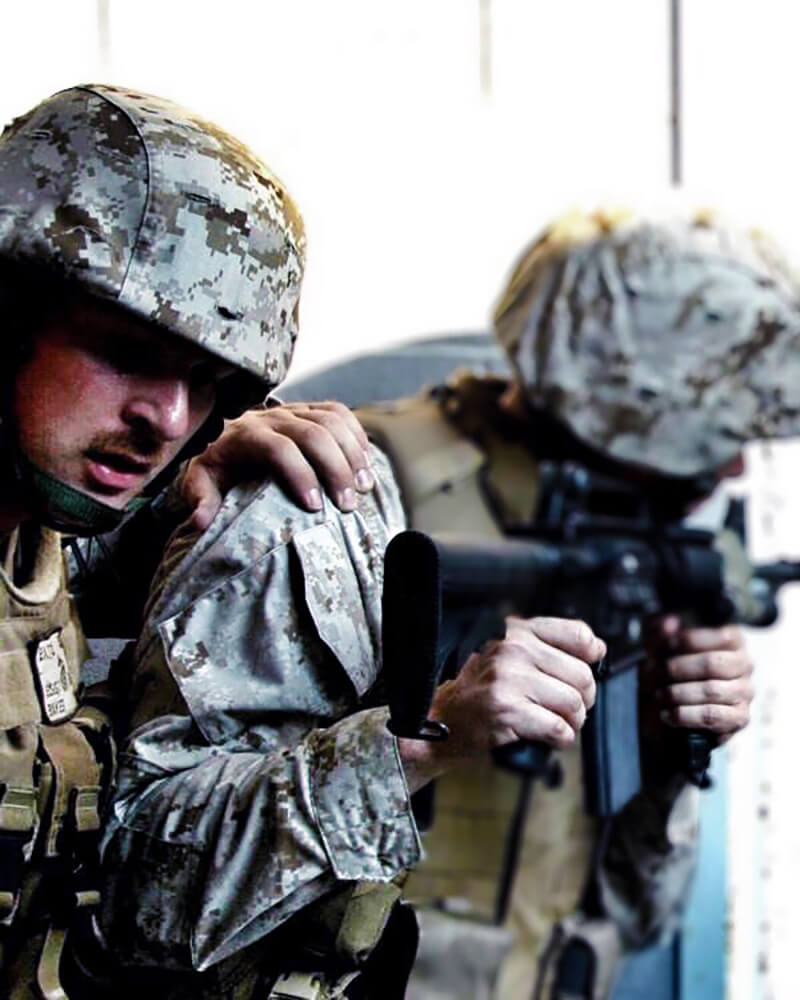 “It is just as hard to fight a war as it is to build a business,” says Patch Baker.
Image credit: Patch Baker

As an eighth-generation Marine, Patch knew from a young age what he wanted to become. Following his destined path, Patch enrolled in a military academy at 13 years old. “I had found my calling,” he says.

Two days after high school graduation, Patch enrolled in the Marine Corps at 17 years old and went straight to boot camp. He couldn’t legally buy cigarettes or even vote, but he was old enough to “shut up, listen, and kill.”

“The military told me what time to wake up and go to bed, what to wear, what to eat, how to behave, where to be at all times, and what to do when I got there,” recalls Patch. “With a blank check, my ass belonged to someone else. But my training provided a goal to reach for, rules to live by, and most importantly, discover who I was.” 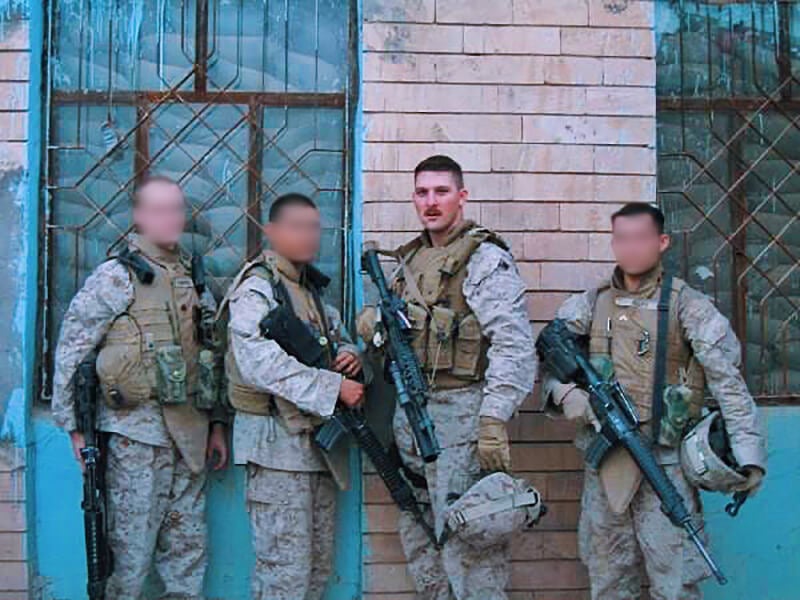 From Hopelessness to Stumbling on a New Mission

After leaving the Marine Corps, Patch dipped his toe in the 9-to-5 world as a welder but didn’t adapt well to his new environment.

“I went from an environment where we would have died for each other to the clock-punching monotony of every man for himself. My employer gave me a vague idea of what they expected, but if you thought too far outside the box, you didn’t fit. One guy told me that I made everyone look bad by outworking them.”

Patch says he was very direct with people, which caused offense. He didn’t know anything different — his training taught him to communicate simply, clearly, and concisely.

“Each day I punched that clock, a little piece inside of me died as I switched off my brain to maintain my sanity and get through the day. I was given a daily quota to fulfill, and I fulfilled it, no matter how long it took. After being accused of stealing because I was working overtime to finish the job, I was fired.”

Patch went back into the military world as a contractor. This type of work made sense to him, and he traveled the world doing what he loved and was trained to do. After five more years and getting shot outside the U.S. Embassy in Baghdad, Iraq, Patch knew he was pushing his luck. He knew it was time for a new purpose.

Rather than repressing what the military taught him, Patch realized he could apply the principles of his training to manage the chaos of civilian life and thrive.

“I started giving myself new missions, learning new business skills, and quickly saw the power of video to grow a business,” says Patch. “I threw myself into absorbing this new world, sometimes not sleeping for days at a time.”

Although Patch’s “Energizer Bunny”’ behavior seems extreme, he believes that more startups would thrive if the founder took the same “do or die” Marine mentality. “Building a business is just as hard as combat. You use the same principles, but without life or death consequences.”

“If you don’t make sales, release a bad product, or have poor customer service, your business will die,” states Patch in his typically blunt fashion. “Although your teammate’s lives are not on the line, their livelihoods are.

“Businesses are living entities, just like human beings. Every company has the same basic makeup, but with minor differences, such as personality, look, feel, wants and needs. If you were protecting your teammates’ lives, you’d work longer, harder, and faster to keep the business breathing.”

“Never once did I think my new mission would fail if I just kept going. I could eventually problem-solve my way out of any scenario.”

After seeing a possible fulfilling life outside the military, and the ability to use his leadership skills, Patch created Mobius Media Solutions.

Patch chose the name Mobius, derived from the Mobius strip or “infinity strip,” because to him, it means “endless” — endless possibilities, endless growth, and endless business potential. Patch believes a business owner’s only limitation is their own mindset.

Mobius works not only with Veterans but also civilian companies that Patch calls “Patriots” because of their support for the military and Veteran communities. Mobius leverages Facebook, YouTube, Instagram, and Google to build a comprehensive digital marketing strategy to attract dream customers who actually care about your offer.

Clients can invest hundreds of thousands of dollars to work with Mobius. Although that seems expensive for many business owners, Patch shares an important military term that is one of the most difficult decisions an entrepreneur faces: “acceptable loss.”

“In making a calculated risk, what are you prepared to lose to accomplish the goal?” asks Patch. “In war, the loss is often human life. In business, it’s dollars. Most entrepreneurs focus on the wrong thing. They’re fixated on getting a return on investment, but the problem is they’re not thinking big enough. They need to be asking a better question, such as, ‘How much do I need to spend to get to $10 million?’"

“Marketing constantly evolves as Facebook or Instagram develops a new algorithm that changes the rules of the game every few months. The military taught me that ‘everything is fluid’; I don’t panic and can quickly readjust to refocus my clients.”

Patch explains that although Mobius uses principles he learned in the military, such as applying “mission focus” to help clients grow their businesses, the bigger purpose is to serve an audience close to his heart: Veterans. It’s what ignites the fire inside of him. Patch wants to help Veterans leave the military today and not feel abandoned tomorrow.

Patch has supported over 100 nonprofits — for example, helping Veterans start a business, buy their first house, or become 100 percent debt-free. But he explains that assisting a Veteran doesn't need a grand gesture.

“One of the fastest ways to help a Veteran is to speak to them in a language they understand. Asking for a marketing plan will cause confusion. But if you say, ‘It’s just like a patrol: assess the battlefield,’ the Veteran understands because he’s done patrols for years. 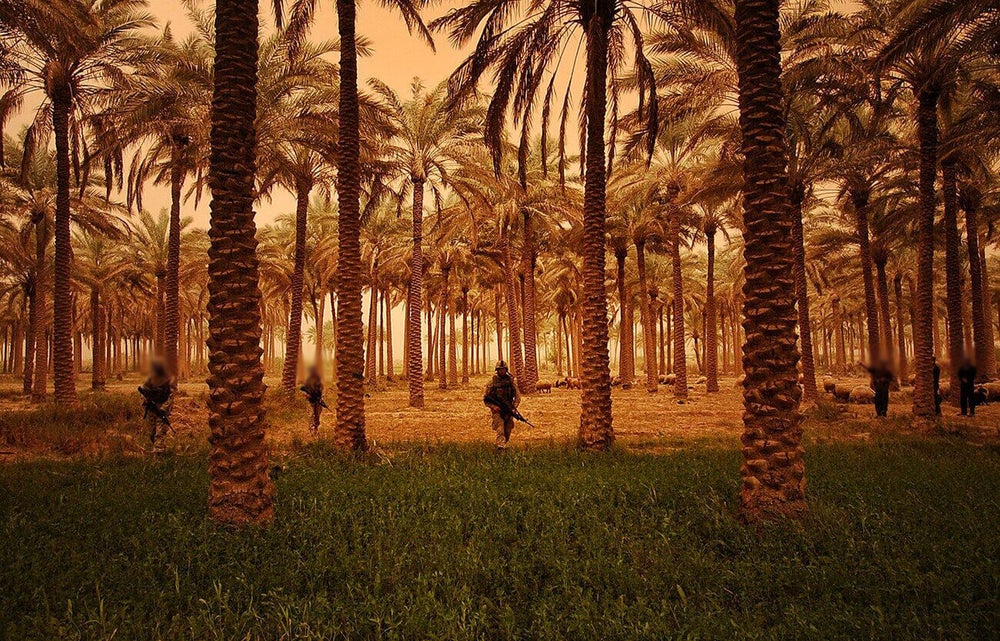 “Once you know the battlefield, instead of having helicopters, tanks, mortars, and infantry at your disposal, the Veteran has Facebook, Google, YouTube, Instagram, and a website. Correlate their new life to what they already know, and they’ll pick things up fast.”

Life After the Military

Over a decade into his civilian life, Patch has built and sold multiple businesses, helped create several millionaires, and managed marketing campaigns ranging from $10,000 to $1 million invested per month, with a three-to-one return on investment. He’s spoken on stage alongside entrepreneurs like Gary Vaynerchuk, Roland Frasier, and Kevin Harrington.

Patch’s investing approach combines the Berkshire Hathaway and Virgin models. He looks for long-term holds that support the ecosystem of helping Veterans; sometimes he changes the company culture of a new acquisition within seven days through something as simple as a weekly team video call. 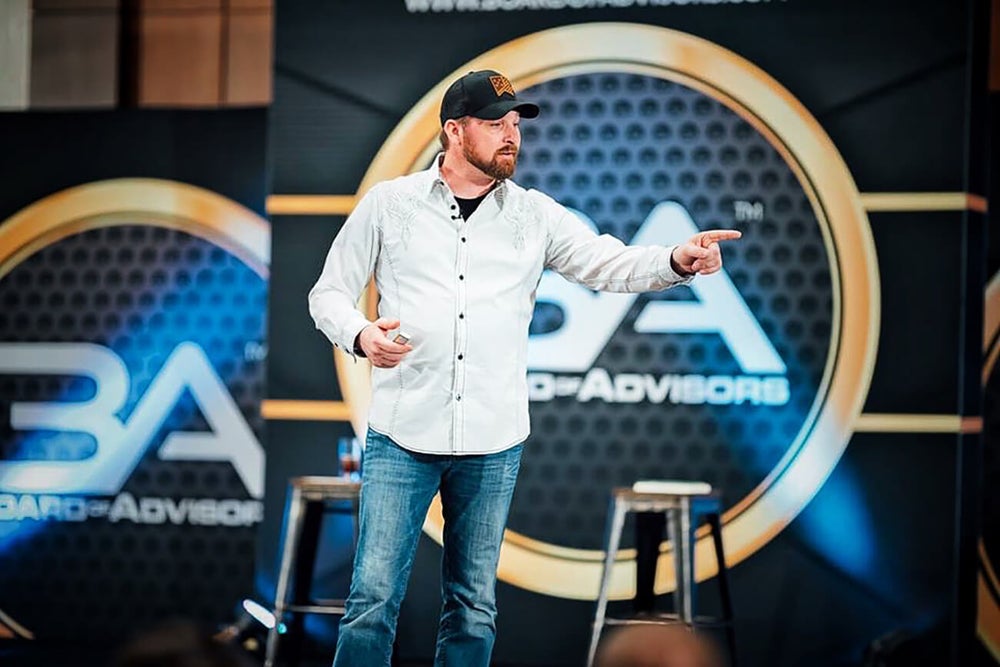 Patch hopes that within five years his marketing strategies can help “Veteran Owned” become the new “American Made.” He sees manufacturing as the first step to doing that.

“When a Veteran leaves the military and wants to make a product, we don’t want him to import it from China,” Patch explains. “We want to create an environment where he can build it with other Veterans in a Veteran-owned manufacturing facility and take it to market with a Veteran-owned marketing agency.”

“We’re building this huge ecosystem that helps Veterans build businesses and be successful on their own — without fear for the future or restrictions on what they can accomplish," he adds. "True freedom; the American Dream.”

Patch has taken his desire for Veterans to experience the American Dream a step further by joining forces with a company called American Dream U. American Dream U helps Veterans make a seamless transition from the military into civilian life, sometimes while still on active duty. “No Veteran should have to go through what I endured when becoming a civilian,” says Patch.

“Any Veteran or civilian can grow a profitable business in a structured, systematic way. If you can be trained to be an elite war fighter, you can train yourself to be an elite civilian.”

Editor’s Note: The word “Veteran” was capitalized throughout this article because Patch believes it should be. “Veteran” should be a proper title because the title is earned, and Patch is leading the charge to make it so.

4 Veteran-Owned Companies to Watch in 2018

Veteran Franchisees, We Salute You (Infographic)

How This Former Submarine Officer Learned to Lead Under Pressure