Want To Start A New Business? India Might Be a Good Choice, Says Study

By Shreya Ganguly November 29, 2019
Opinions expressed by Entrepreneur contributors are their own.
You're reading Entrepreneur India, an international franchise of Entrepreneur Media.

A recent study by US mergers and acquisitions broker Latona’s revealed that India is the third most innovative country in the world after Luxembourg and Chile. 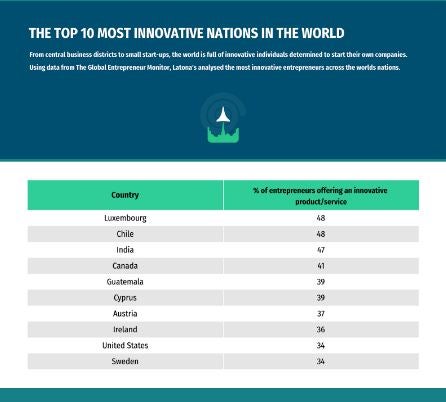 Latona’s report had analysed nations around the world on key indicators of entrepreneurial potential to understand which is the best country to start a business in. 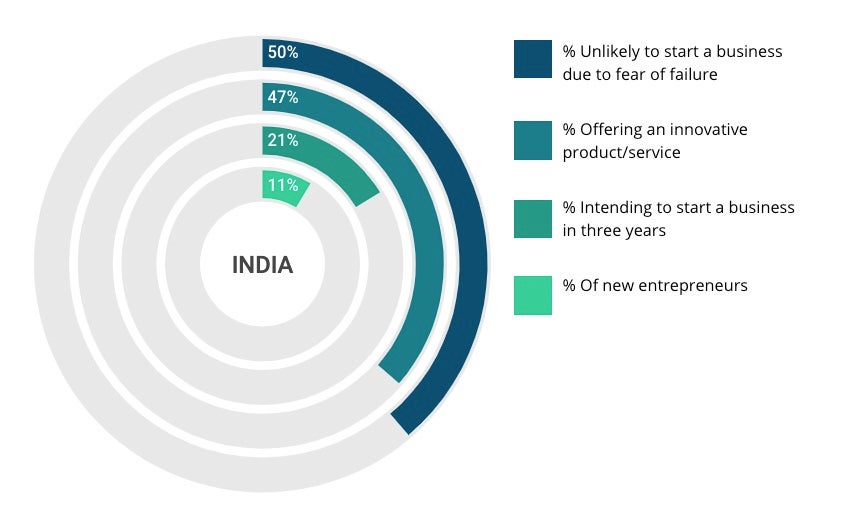 Some of the important Indian figures highlighted in the report are:

Fear of Failure: According to the report, 50 per cent of Indians are also unlikely to start a business due to fear of failure.

Entrepreneurial Intentions: The report also stated that 21 per cent of India have intention to start their own business in three years.

Innovative product/service: Being the third most innovative country, 47 per cent of business owners believe that their products are innovative and unique than others.

Business Training: The report also showed that India offers the fourth-highest level of business training and education in schools after Qatar, Netherlands and Indonesia.

Owing to several government initiatives boost the start-up ecosystem, India reached the 63rd rank in the Ease of Doing Business (EoDB) Index, according to the recently released Doing Business 2020 report by the World Bank. This is a jump by 14 positions from 77th rank last year.

“The Make in India campaign focused on attracting foreign investment, boosting the private sector—manufacturing in particular—and enhancing the country’s overall competitiveness. The government turned to the Doing Business indicators to show investors India’s commitment to reform and to demonstrate tangible progress,” the report noted.

Riding on the new policies, regulations and incentives, the Narendra Modi-led government is aiming to break into the top 50 of the EoDB index.

The Use Of Recycled Plastics In Packaging Of Food And Drinks Needs To Be Re-Deliberated: Experts