India Responsible For 67% Of Internet Shutdowns Across The World

According to a report by internet advocacy group Access Now, India was responsible for the majority - 67 per cent of the world's documented internet shutdowns in 2018 with 134 incidents

By Shreya Ganguly December 21, 2019
Opinions expressed by Entrepreneur contributors are their own.
You're reading Entrepreneur India, an international franchise of Entrepreneur Media.

Deeper internet connectivity has made the world smaller. News and information can spread like wildfire via social media. Internet has also helped people reach out to each other during the times of distress and come together during anomalies. However, precisely due to this reason, the Internet can also become harmful to peace when it carries false information across the globe. The “unfortunate killings” in India is one such example where false news about kidnapping led to several deaths across the country.

To maintain peace and harmony, governments and authorities may decide to shut down the internet at certain parts however, the rationale behind the decision is extremely important. According to a report by internet advocacy group Access Now, India was responsible for the majority - 67 per cent of the world’s documented  internet shutdowns in 2018 with 134 incidents. 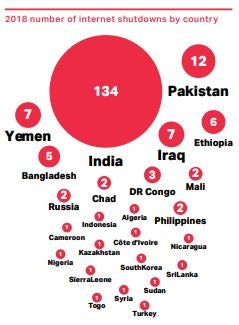 Currently, India is facing internet shutdowns at some parts amid the ongoing Citizenship Amendment Act (CAA) protests. On December 18, the Delhi Police Special Cell had directed the operators to shut down internet in some part of the capital as the number of protests and protestors grew across the region 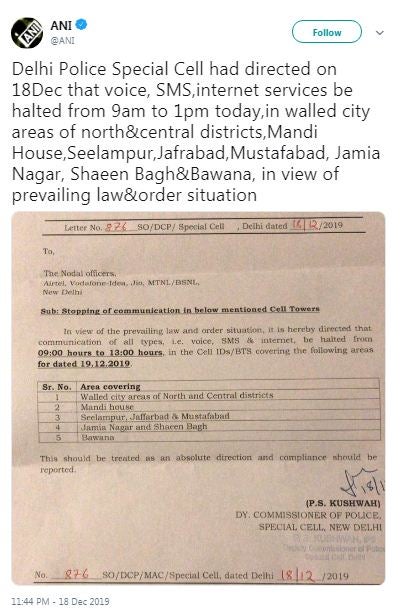 Apart from this, last week Assam government imposed internet blackouts in 10 districts of Assam for 24 hours and explained the act saying that the move was made to control violent protests against CAA. Several reports reveal that the internet was also suspended in Tripura, Meghalaya, Arunachal Pradesh, parts of West Bengal, Karnataka and Uttar Pradesh due to ongoing protests.

The internet has been shut down in Kashmir for 139 days as of today. The restriction was imposed  on August 5 after the central government revoked Kashmir’s autonomy and statehood under Article 370.  Apart from problems in communication, recent reports revealed that mobile phone sales have been plummeting in the state due to internet blockage. This has led several people on the verge of losing their jobs or not receiving their salaries. Reports have also revealed that the internet blackout has caused several people to migrate to other cities and find new job opportunities.

According to the report, rarely government justifications match the reason for shutdowns as reported by the media, civil society organizations, and activists. “When governments shut down the internet citing “public safety,” it is often evident to observers that, in reality, authorities may fear protests and cut off access to the internet to limit people’s ability to organize and express themselves, The data reveal that when authorities cite “fake news,” rumours, or hate speech, they are often responding to a range of issues including protests, elections, communal violence, and militant activity, among others. Using these threats as scapegoats, it appears that governments are leveraging shutdowns to shape the political narrative and control the flow of information,” the report noted. 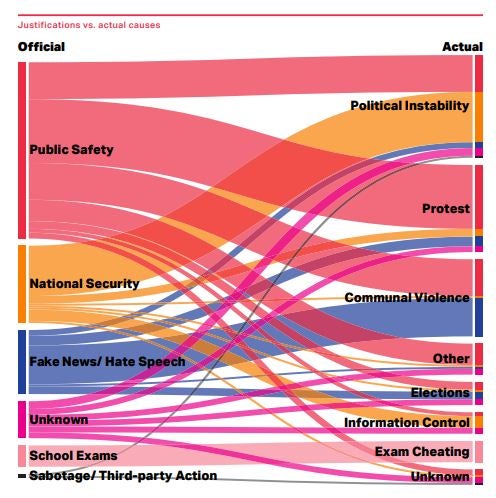 The Digital Revolution Has Arrived With a Bang: T.V. Mohandas Pai