Not China, But India Led In App Downloads In 2019

By Shreya Ganguly December 26, 2019
Opinions expressed by Entrepreneur contributors are their own.
You're reading Entrepreneur India, an international franchise of Entrepreneur Media.

The year 2019 saw many ups and downs for social media apps. While China-based Bytedance, TikTok and Helo, among others, received criticism across the globe for issues related to user data management and spread of misinformation, the social media platforms gained immense popularity around the world, especially in India. However, India surpassed China in terms of app downloads, according to a report.

The report titled ‘State of App Marketing In India 2019’ by AppsFlyer showed that Indian applications constituted about 41 per cent of the top 200 applications downloaded between November 2018 and April 2019, a notable increase from 38 per cent in 2018. While India recorded a growth, downloads of Chinese apps went down to 38 per cent from 43 per cent in 2018, losing the top slot. 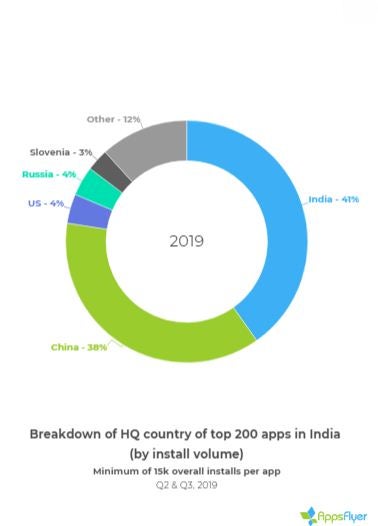 According to the report, growth in downloads of Indian apps was driven by shopping applications. 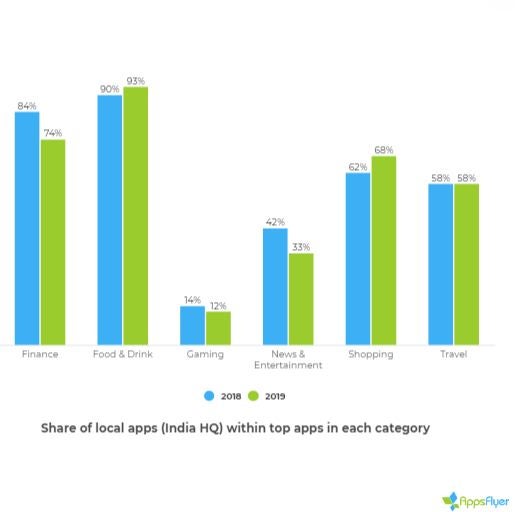 In total, India recorded 6.5 billion downloads during the second and third quarters of 2019. The report also showed that at least 3,300 applications had over 1,000 monthly non-organic users.

The report also stated that app retention rates improved year-on-year compared with 2018, due to heightened spending and the increased number of hours that India’s users spend on their mobile devices every day.

In terms of uninstall rates, the report showed that users have a higher tendency to uninstall utilities apps. According to the data, 57 per cent of users who uninstall their new apps within 30 days generally do so on the first day.

While India leads in terms of app downloads, the country is also one of the hardest-hit markets in the world for mobile app install fraud. The report revealed that finance is the most fraud affected vertical, followed by shopping and travel. 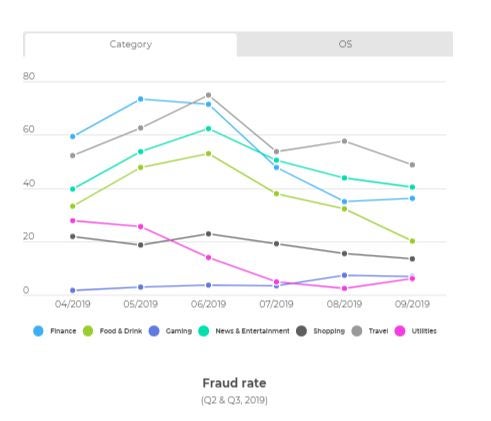 “From April to September 2019, AppsFlyer found that anywhere from 20 to 37 out of 100 non-organic installs in India were registered as fraudulent, surpassing the global average,” according to AppsFlyer’s 2019 APAC mobile fraud report.

According to the report, and massive growth of the Indian market; Android’s heightened vulnerability to fraud and fewer resources and lower-priced media sources are the major reasons behind increased app install frauds in India.