Entrepreneur Asia Pacific caught up with Lim recently to chat about her young days as a businesswoman, what she learned from her personal journey as the head of a fast-growing startup, and why she does not consider herself a feminist.

By Aparajita Saxena February 12, 2020
Opinions expressed by Entrepreneur contributors are their own.
You're reading Entrepreneur Asia Pacific, an international franchise of Entrepreneur Media.

The fashion industry today is a bit of a paradox: the biggest consumers of the fashion and clothing market are women, and they spend at least three times more on clothing than men, according to a Business of Fashion research.

Yet, only 40 per cent of womenswear are actually designed by women, and only 14 per cent of the 50 major fashion brands in the world have women in leadership positions.

For better or for worse, men have dominated the fashion industry since the very beginning, changing the functionality of clothing from a basic necessity to something that’s almost an adornment.

In fact, psychologists and anthropologists say that men in fashion have defined the way society has perceived body shapes and sizes through the ages, making decisions for the way a woman’s body should look and fetishizing certain aspects of the female body.

Even if that sounds like feminist hogwash, cultural studies have found that fashion brands led by women tend to feature more functional clothes, are more size-inclusive and body positive, and have a generally more positive and empowering branding strategy than labels designed by men.

With women-focused movements such as #TimesUp and #MeToo which helped put a spotlight on women in the workplace, the call for women fashion designers has never before been so strong as it is now, and instead of big label brands, it seems like entrepreneurs are leading the charge.

One such entrepreneur is Rachel Lim, the co-founder of Singapore-based Love, Bonito, which started off as a blogshop called Bonito, Chico in 2005, and was mostly a platform Lim and her two friends - Velda and Viola Tan - used to sell secondhand clothes as a way to earn some pocket money. 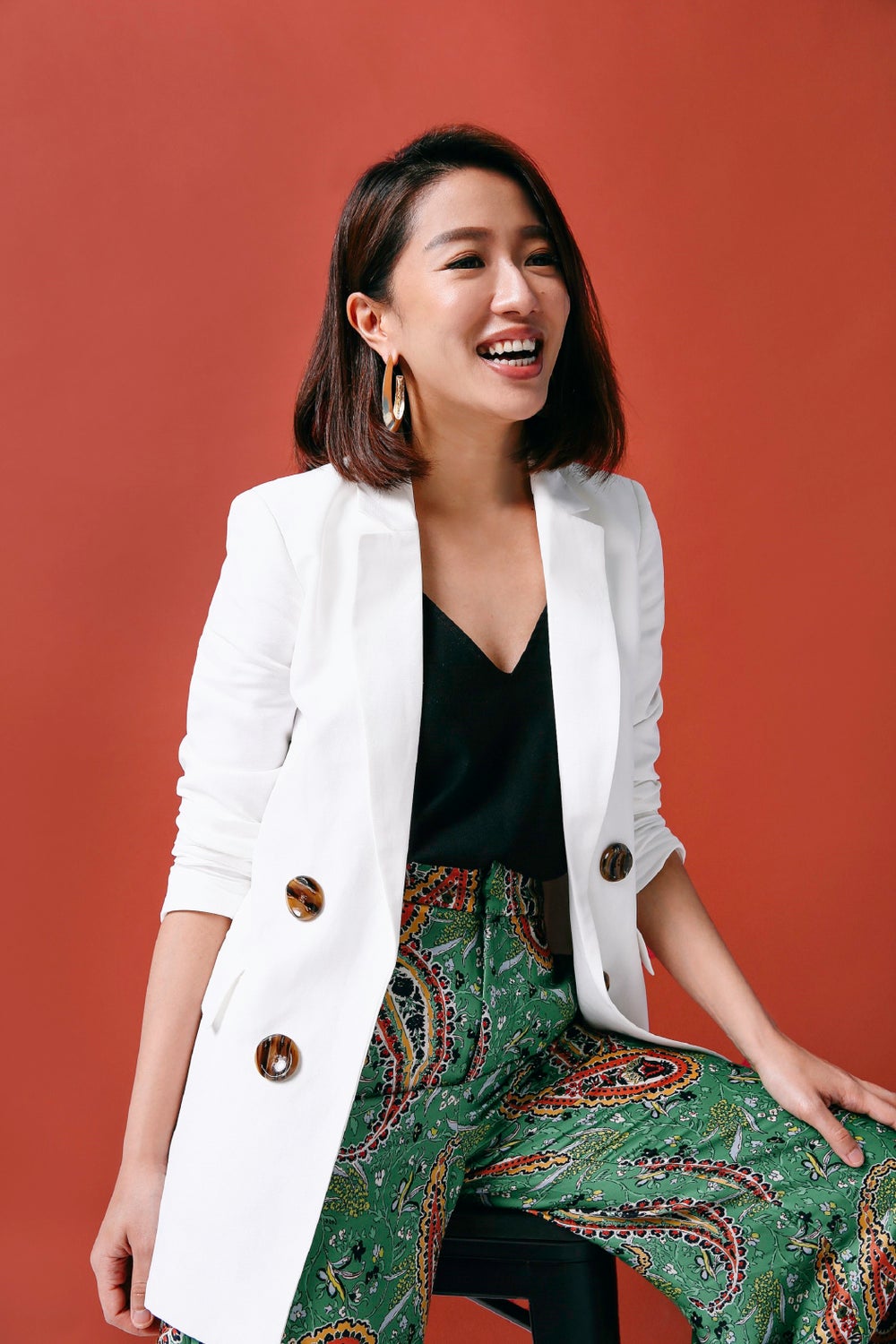 Bonito, Chico launched at a time when online shopping was still at a very nascent stage, but people took to the idea of buying clothes online like duck to water, kicking off a rollercoaster ride for Lim and her partners.

At the age of 19, when the company was growing quickly, Lim decided to take a leap of faith and drop out of Nanyang Technology University, just eight months before her graduation.

Imagine trying to row a boat when you’ve never seen a water body before. And so it was with Lim, who, with no previous formal work experience, and at the helm of a rapidly growing company, had to learn things the hard way.

“I had no one to work under or to learn from, nor did I graduate from business school. I would say my biggest challenge was not the lack of experience, but the lack of confidence - self-doubt was a huge obstacle to overcome.”

The key to triumph over self-doubt is knowing yourself inside-out, Lim tells Entrepreneur Asia Pacific in an interview.

“This forms the bedrock of your decisions, especially when it comes to choosing the (right) type of people you bring onboard to fulfil your company’s mission, at the various stages of growth.”

“When you truly know yourself, you embrace your strengths and accept your shortcomings: that’s when you can find the right people; people who are different from you, smarter, even, but aligned in values and direction,” she adds.

As is the mark of a true blue entrepreneur, Lim says she values every lesson her mistakes and setbacks have taught her.

The company rebranded to Love, Bonito in 2010, and instead of selling second hand clothes, the founders decided to venture into designing their own original pieces instead.

“Fashion continues to be captivating to me because it isn’t just a frivolous, superficial pursuit - here at Love, Bonito, we believe dressing well has an immense psychological effect - when you look good, you feel good, you stand taller, you speak a little louder and that’s the kind of confidence and spirit we hope to offer our customers,” says Lim.

While most global fashion brands target the body type of the archetypal Caucasian woman, Love, Bonito centers its pieces around the physique of Asian women - a decision that has brought much success to the company and helped it set itself apart from bigger fashion labels. Sales have grown quickly for the company, and it has even launched over 20 physical stores across Singapore, Malaysia, Hong Kong, Indonesia and Cambodia, among other Asian countries.

But the company isn’t just about fashion, explains Lim. Love, Bonito is where women can come and learn about themselves, their fashion sense, body types, and how they can embrace themselves.

“The fashion industry is the vehicle by which we reach out to communities of women and journey alongside them,” she says.

There is a distinct chasm though between Love, Bonito, and Lim, when it comes down to the philosophy of being a businesswoman, versus being a brand focused on women.

As an entrepreneur, a business owner, Lim does not see any difference between a woman and a man, and believes that those distinctions don’t serve to build anyone.

“I’ve never really thought of my journey in such dichotomous terms, male vs female, woman entrepreneur vs man entrepreneur. At the end of the day it boils down to attitude and mindset,” Lim says.

She views any discrimination or prejudice she experiences as just another obstacle that has to be overcome.

“To me, success looks like someone who’s bold and not afraid to challenge the status quo, with a courageous spirit; someone who dares to stand up for what he/she genuinely believes in, and this applies to any gender, man or woman.”

Lim also does not consider herself a feminist, she says, which could be confusing for some since the brand is all about empowering women to own their identities and feel comfortable in their own skin. But her rationale is that everyone is created with a unique purpose, and that it’s important to not bend to social pressures if one doesn’t want to.

“The secret is in first knowing who you are, your purpose and passion, then staying your path,” Lim says.

Want Tasteful Lingerie? Here's Where To Get It From