How These Couple Founders Are Mixing Business With Love

Entrepreneur India spoke to multiple entrepreneur couples to get a firsthand account of what it takes to start and build a successful venture with your partner.
Next Article Add to Queue

Nidhi Singh and her husband Shikhar have been working together for four years now. Ask the two whether being a couple gives them an extra edge in running their venture Samosa Singh and they agree in unison.  “We have been together for 10 years and covered a long way together. This has given us the power to understand each other better, both professionally and personally,” says 34-year-old Nidhi.

Singh’s is not an isolated case. Starting up with your spouse is becoming a fairly popular and dare one say, successful model for couples. And why not? Shared passion with your partner for a common goal seems to work remarkably well for a business.

“Being in a business with your spouse means you are working with a loyal and trustworthy partner whose interests are aligned with yours, which is fundamental to running a business. Also, since the two partners can relate to the pressure, it actually helps reducing the overall pressure,” says Devashish Chakravarty, founder and CEO of QuexZ.com, an online recruitment aggregator. 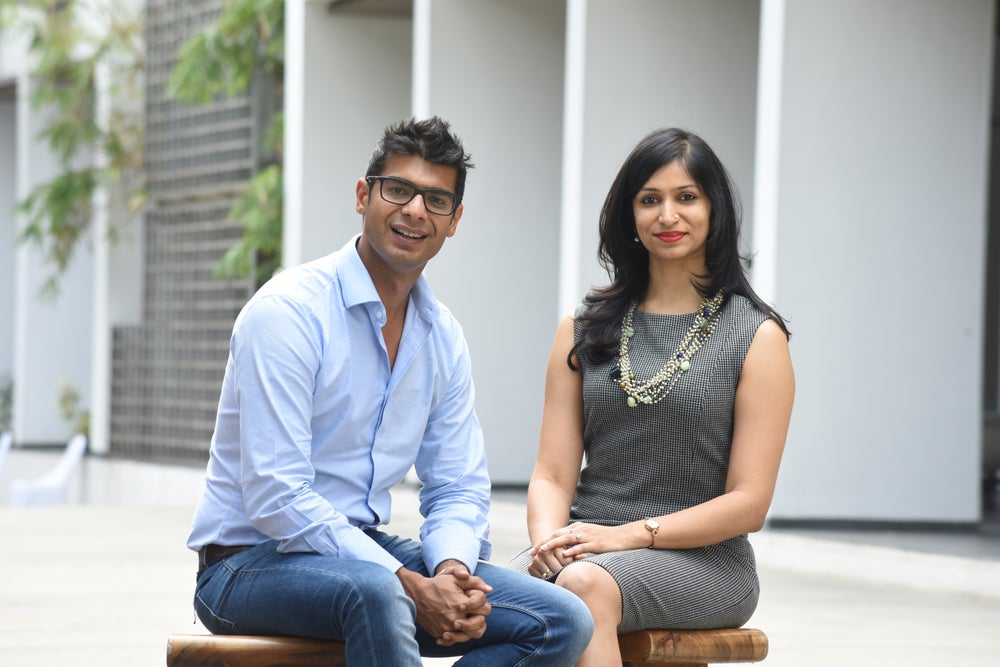 “When you are dealing with extreme pressure and stress, you get to know each other very quickly in every way—good, bad or ugly. That helps define roles in the business”

Roles: Gita handles the design part of things while Shezaan is more on the operational side.

Take the case of Design Café founders, Gita Ramanan and Sheezan Bhojani. Having known each other for almost 20 years, this architect duo has perfected the art of running a business with minimal conflicts. “Unlike regular couples who spend 2-3 hours in a day with each other, we’ve been spending 10-15 hours every day since 2001,” chuckles Gita. “We know each other so well that even when a business decision is taken without holding a discussion, you know that the other person will take your point of view in mind.”

But, mixing business and love comes with its fair share of challenges, say experts.

First, and most importantly, a couple taking the entrepreneurial plunge together entails a huge financial risk. “There is heightened financial risk in both spouses starting out together because both the partners have to quit their job,” says Amit Suri, a Delhi-based financial planner.

If you are planning to start it up with your spouse, here’s a four-point guide of do’s and don’ts for you. In fact, Entrepreneur India spoke to multiple entrepreneur couples to get a firsthand account of what it takes to start and build a successful venture with your partner.

Create a Financial Plan For the Family

Money, if not number one, is a major cause of conflicts. When you decide to start a business together, financials complicate further. Both the partners quitting their jobs can stretch the family’s finances. “Sometimes, couples liquidate all their savings for the business. This can prove to be costly if the venture fails as the family’s financial future is at stake,” says Suri.

The Samosa Singh founders took this astronomical risk of putting all their savings into the business and also selling their house. “More than monetary, there was huge emotional value attached to the house that we sold. That said, it was need of the hour and a well thought out step,” recalls Nidhi.

Experts advise against such drastic steps. “Given the financial insecurity that comes with starting a business, it is best to not put all your eggs in the same basket,” says Suri.

Rohit Shah, founder and chief executive officer of Getting You Rich, concurs.

“The couple will need savings to manage household expenses till the business takes off,” he says. “They should stack away a corpus worth at least 14-16 months of the home budget.” 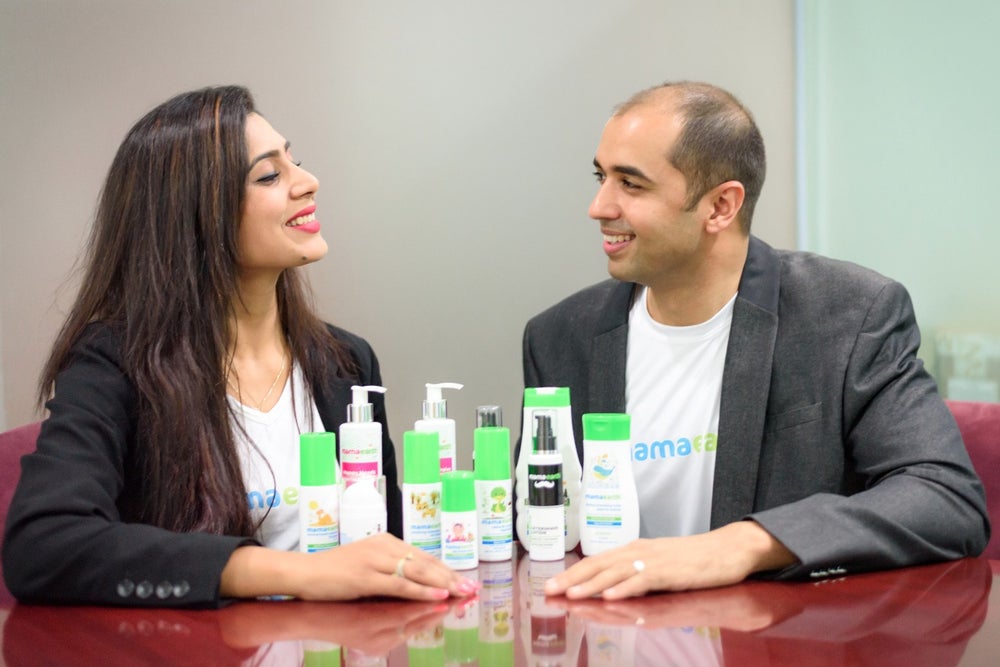 "It was a very natural decision to start the business together in this case. It didn’t even occur that there was any other option, we always thought we had enough."

Roles: Ghazal looks after new product development as well as the content and community strategy. Currently, she is also looking after developing a new brand for the company while Varun looks after the operations and business side of things.

Varun Alagh, 35, and Ghazal Alagh, 31, were cautious to draw a financial plan before launching Mamaearth. “We pulled out our statements of last 12 months to understand our expenses that we needed to save for. We also kept a small miscellaneous amount for emergencies,” explains Varun. Planning well becomes all the more important when you have a child, as was the case with the Alaghs.

“A young couple with no dependents and fewer financial responsibilities can take bigger risks but with a child, you can’t compromise on their future,” points out Suri.

It is possible that the process of ideation to execution happens quickly and the couple doesn’t get time to amass enough savings. In that case, one of the partners can continue with his/her job while the other sets up the business. The Singhs did exactly that. “Shikhar quit his job on the very same day we both agreed on the idea but I continued to work for some time to manage our daily expenses and streamline our finances,” says Nidhi. 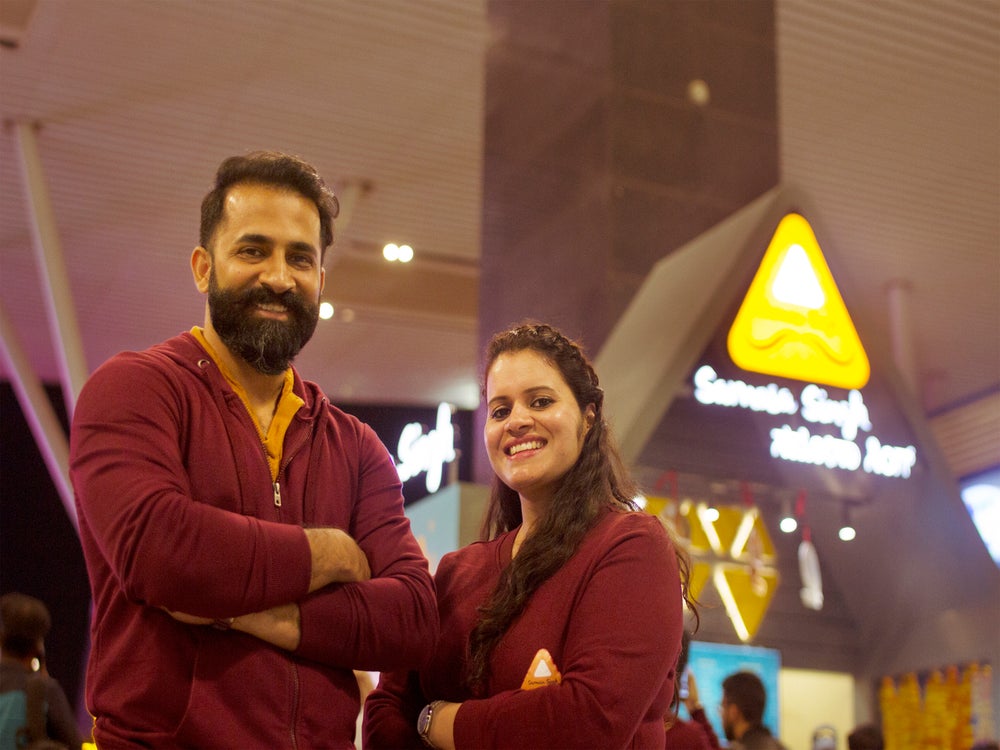 "Challenges and testing situations are common but we overcome it together. It, in fact, gives us the boost to work harder, put in more effort and excel."

Roles: Nidhi is the face of the company and is oriented towards brand building, sales and marketing while Shikhar is the brain building the company’s vision and defining the company's course of direction and strategy.

"This conversation did come, should we wait a little more, should we collect a little more money but I just felt, the longer we wait, the more difficult this is going to become,the golden handcuffs then don’t allow you to leave when your commercials become even higher," says Varun.

If you are servicing a loan, it is best to reduce or eliminate EMIs before you start the venture.

Most working professionals rely on insurance provided by the employer. So when you leave you job for your venture, you also lose on the insurance coverage, which is often both health and life.

Shah says that investments for all type of financial goals can wait till the venture takes off, but not insurance. “The couple must buy adequate term and health plans before they start their venture.”

Suri adds: “Don’t think of insurance as an additional cost at a time when you need to manage your spends prudently. In fact, an adequate health plan can come in handy in the case of a health emergency without you having to borrow or dip into your savings reserved for business.”

Varun was quick to buy a standalone health plan for his family soon after leaving his job. “I am a very strong believer of health insurance. I had adequate coverage from my previous employer but leaving the job was a stark reminder that I need to buy a standalone plan to ensure my family stays protected no matter what,” he says.

Since cash flow is a problem during initial days, it is easy to mix business and personal finances. However, experts advise against it. “When the business is small, there’s a tendency to make personal transactions directly from the business account. This is not the right approach,” Shah says.

One way to ensure this is opening separate bank accounts for the two. Second, when you don’t have a saving pool for your personal expenses, it is better to draw a salary from the business. “Segregating the two serves two purposes—you get certainty on your personal budget and the capital required to run the business,” Shah adds.

Varun and Ghazal were practical in that sense. Apart from cutting down on any lavish expenses, when they raised an angel round a few months after starting up, they started to draw a salary. Varun says, "I’m not talking about living luxuriously or matching your earlier lifestyle but at least not having to cut down on your basic needs. That would impact your work, so I was quite clear from the beginning about that fact. So we started taking salary very early on and it was a small amount but it helped us sustain."

When a defined salary is drawn, you can plan business operations better from the available funds.

While sharing a business with your spouse gives you the advantage of sharing the pressure, the downside is that work never stops.

All the four entrepreneur couples Entrepreneur spoke to agree unanimously. That said, they add that the founding couple should work on this aspect soon enough before it takes a toll on your marriage. 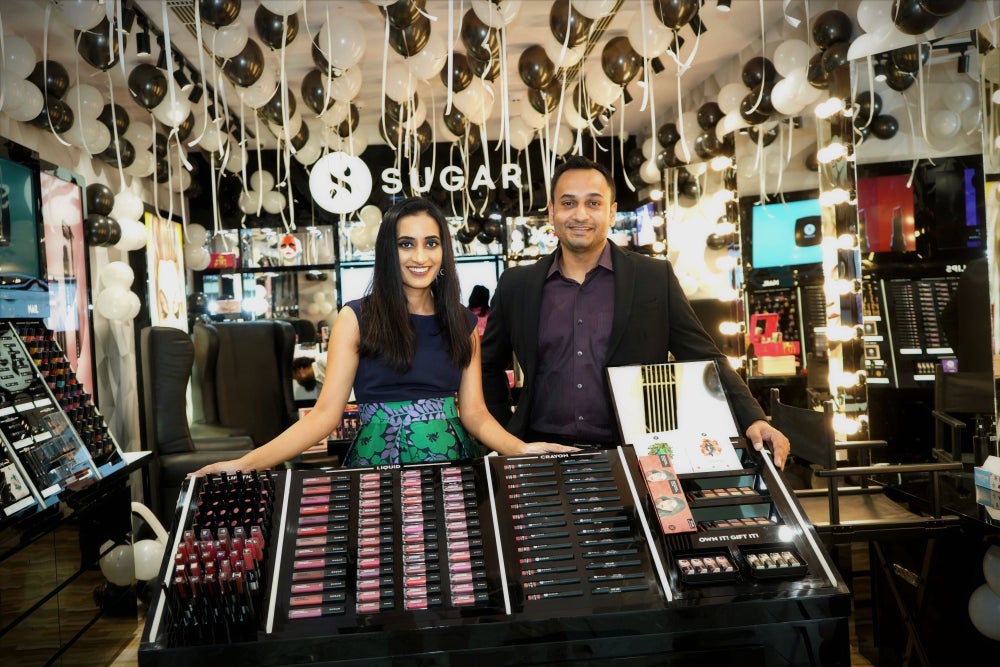 "Even before starting up, we divided roles and responsibilities and agreed to steer clear of each other’s way to reduce conflicts."

Vineeta Singh and Kaushik Mukherjee, co-founders of SUGAR Cosmetics share their experience of juggling their new venture with responsibilities of becoming new parents. “Being new parents is typically a very stressful time for any couple and even more so when you’re also running a company together. But we soon figured out a way to divide responsibilities better,” says Vineeta.

Gita of Design Café says that there are no set rules to strike a balance between your work and marriage. It’s a team effort and comes with trial and error. “As you get to know each other’s strengths and weaknesses, it’s important that you create clear definitions of work roles,” she says.

Apart from helping to strike a balance between work and personal life, demarcating roles also helps in reducing conflicts at work. “When you are in each other’s work all the time, it’s very difficult to avoid conflicts,” Gita says.

In fact, experts advice having a written agreement in place which clearly states both the founder’s roles and stake in the company. Such an agreement will also be helpful if the marriage turns sour and the couple has to separate. “The venture will not suffer if it comes down to that,” says Suri.

The case of e-commerce marketplace ShopClues is a fine example that things can go terribly wrong between couples. A personal and subsequently professional spat between Sandeep Aggarwal and Radhika Ghai Aggarwal, two of the company's co-founders, had become an ugly talking point in public domain a couple of years ago.

Mukherjee and Singh have a shareholders’ agreement ever since they got investors on board. It is not a pre-nuptial, but they are grateful to have got this agreement early on. “No matter how much data you get, decisions tend to become subjective and that can really add strain to any business as well as personal relationships,” she says.

However, Mamaearth's Varun disagrees when it comes to signing a piece of paper for couples running businesses. "We are a culture which believes in making it work," he says.

"We are not a culture which believes in quitting when it comes to relationships in India. I think that’s what would reflect on startups as well. And that culture of making it work is what we believe in rather than putting in such agreements where you always believe there is an option."

Happy Valentine's Day: The Pandemic Was a Boon for Online Romance Scams

What the Average American Spends on Valentine's Day

Believe It or Not, Valentine's Day is Around the Corner. Take Advantage of This Sale on Flowers.