About 70 per cent Indians own a life insurance policy, but only about a quarter have a pure life term plan, shows a joint study by Max Life Insurance and Kantar IMRB. Even among the 28 per cent owners of term plans, almost 55 per cent reported an insufficient cover.

However, the silver lining is that awareness around term insurance plans is higher at 57 per cent. “Increased awareness is followed by action, which means we can expect more individuals to buy term plans in the coming years,” said Prashant Tripathy, Managing Director and CEO, Max Life Insurance, during the event. 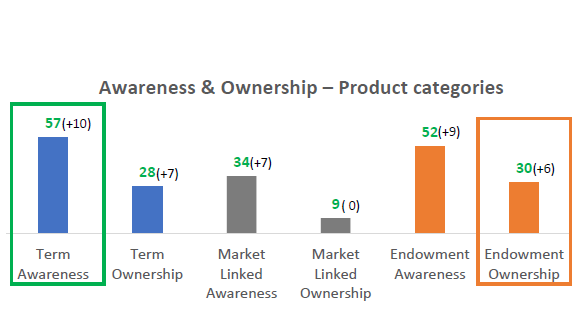 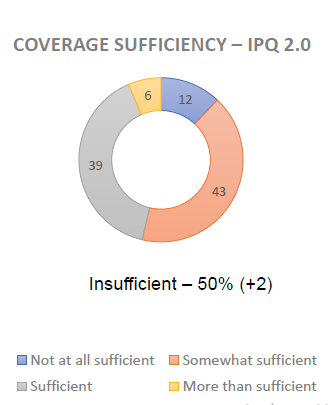 IPQ is the degree to which an individual feels protected from future uncertainties, on a scale of 0 to 100. Developed by Max life with KANTAR, the tool’s main purpose is to assess how protected urban India is. It is based on the attitudes, mental preparedness around future uncertainties, awareness and ownership of life insurance product categories, such as term plan, endowment and ULIP.

Delhi and Hyderabad scored the highest on protect quotient with IPQ of 47 and 46, respectively.

Tier 2 cities are most financially vulnerable, having scored the lowest across all three categories. 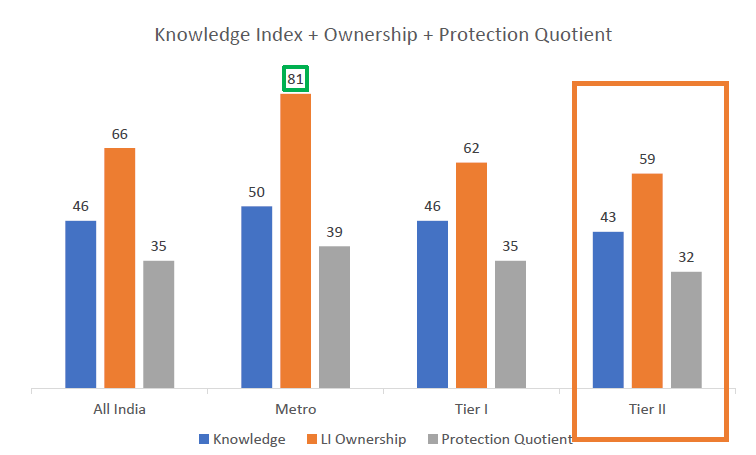 Indians prefer savings over protection, says the survey. Perhaps for this reason, almost 68 per cent respondents reported return on premium as the most important benefit they would like in their term plan. It is no surprise then compared to term plan and market linked products (ULIPS), endowment products have maximum takers across the country. 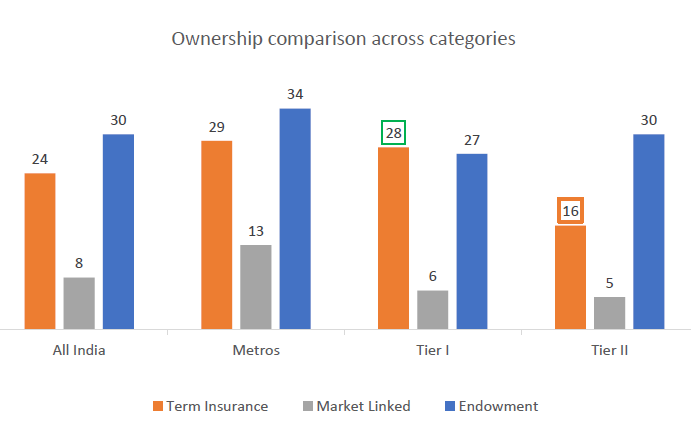 In terms of age demographic, millennials and non-millennials are equally aware of life insurance products, however ownership is high among non-millennials by 7 per cent. The reason for this could be that a fair share of millennial population (born between 1982 and 1996) is below 30 years and do not have financial dependents.