Sudden announcement of a countrywide lockdown on 23 March to keep coronavirus spread in check crippled operations of online grocery delivery platforms. Nine days later, e-commerce companies have gradually resumed services across cities but the struggle is far from over for them, shows a survey by community platform LocalCircles. 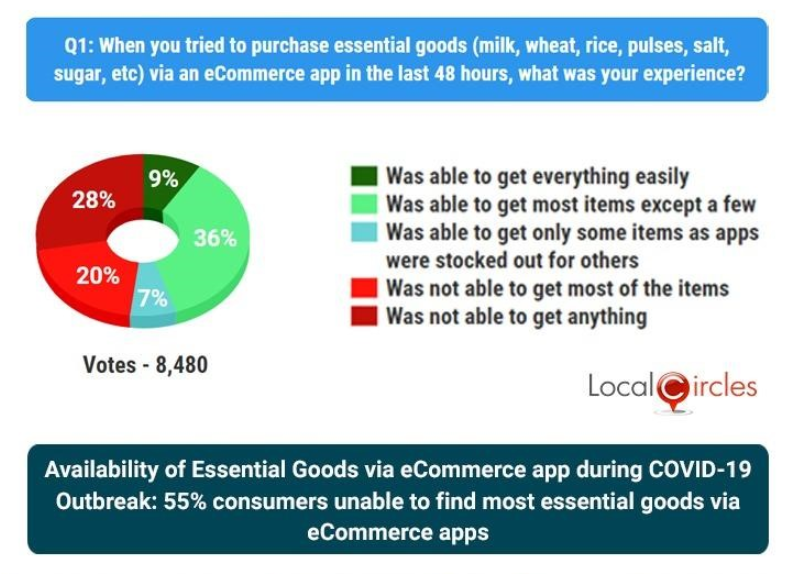 Though the government authorities are trying to remove hurdles in the way of essential supplies reaching consumers, the progress has been rather slow. Looking at the previous surveys conducted by LocalCircles, availability of essential items has been improving only marginally every second day.

However, compared with data from 23-24 March, the percentage of consumers who were able to find essentials has increased from 21 to 45 per cent over the last one week. 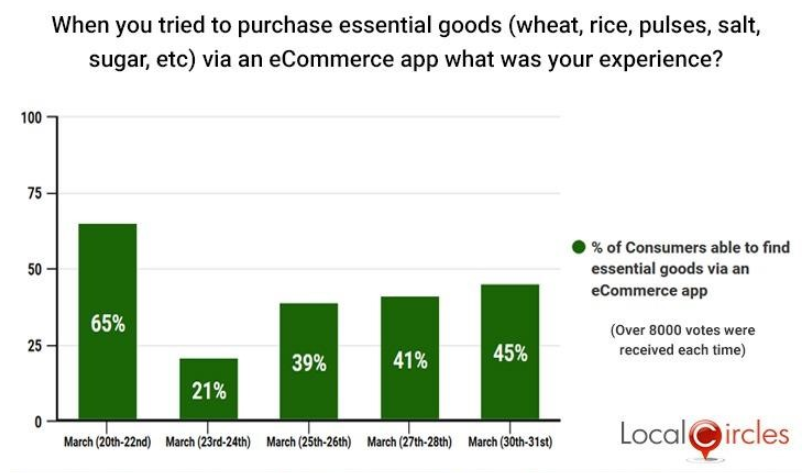 Permission to open warehouses and curfew passes to delivery workers has only solved half the problem for delivery companies. Shortage of workforce at warehouses and for delivery purposes is the biggest challenge these platforms are facing right now as migrant labour move back to their hometowns.

As a result, most ecommerce platforms are still not accepting orders for essential goods in most cities and if an order is accepted, long fulfillment time of 5-6 days is being promised to consumers, as per the survey report. In fact, consumers have also reported that some of the platforms are doing last minute cancellations on 25-50 per cent of the items ordered. 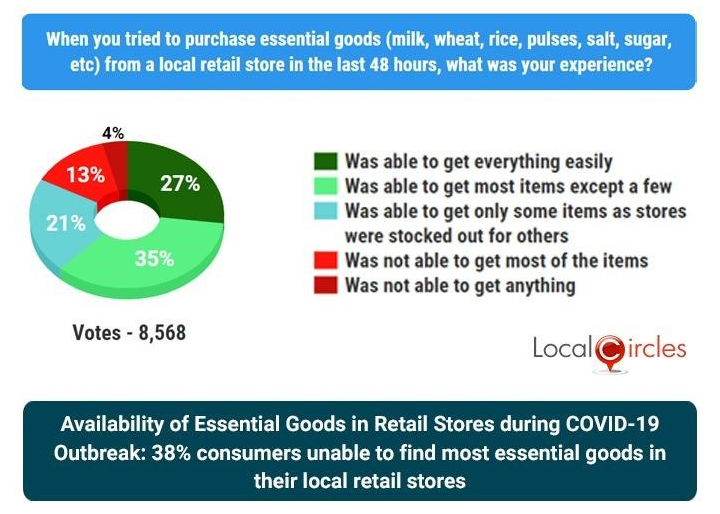 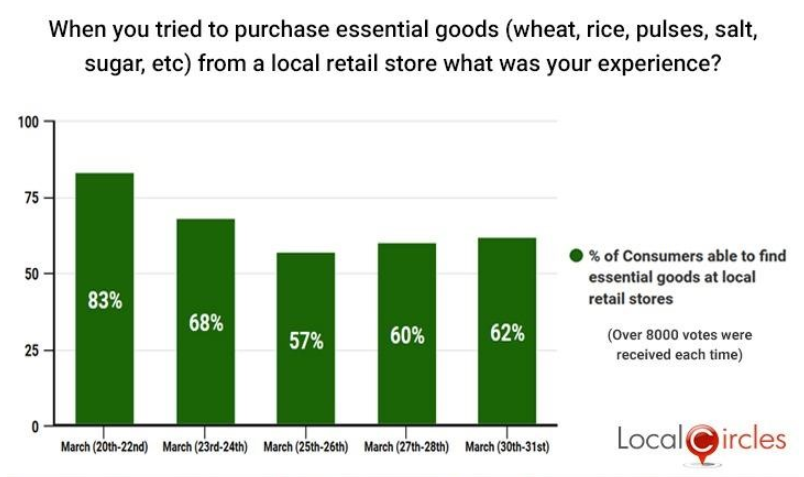 Interestingly, two days after the lockdown was announced, availability of goods at Kirana stores dipped notably, with 57 per cent consumers reportedly able to find essentials on March 25-26, compared to 68 per cent two days prior to that. Entry of trucks barred at state borders along with hoarding and panic buying by consumers can be attributed to this drop.