According to a survey by LocalCircles, 81 per cent respondents supported lockdown relaxations with social distancing norms at offices, shops, and other places after May 17 in red zone districts, except the ones which have a high virus load.

By Debroop Roy May 13, 2020
You're reading Entrepreneur India, an international franchise of Entrepreneur Media.

Indian Prime Minister Narendra Modi said on Tuesday that a fourth phase of lockdown will happen, albeit in consultation with various state governments. According to a survey conducted by community platform LocalCircles, 81 per cent respondents said they supported lockdown relaxations with social distancing norms at offices, shops, and other places after May 17 in red zone districts, except the ones which have a high virus load.

The survey, which received more than 21,000 votes from people in over 277 districts, found that 24 per cent want significant relaxation with all offices and businesses being allowed to operate with social distancing norms and 57 per cent feel it should be “somewhat relaxed” and offices should operate at 33 per cent capacity.

Majority of respondents were in favor of a full lockdown in red zones that have the highest number of fresh COVID-19 cases. 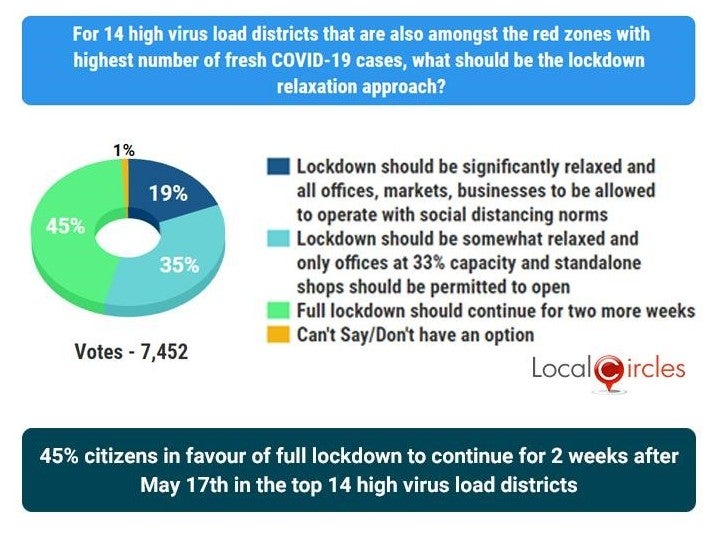 In a previous survey conducted by the platform, 74 per cent citizens had said that the high virus load districts should be kept under complete lockdown and no relaxations should be given.

No Mood For Travel

One of the first industries to be negatively impacted by the Coronavirus outbreak was the travel industry, with all kinds of movement except for the ones that facilitated essential goods, restricted.

Only 11 per cent of the respondents said they would surely travel in such a scenario. 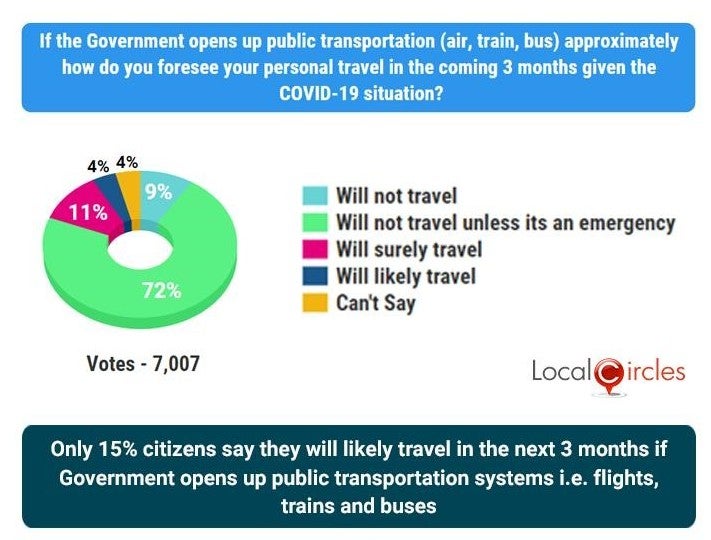 LocalCircles said it will be escalating the findings to key stakeholders in the central government and various state governments.

There have been over 75,000 confirmed cases of the virus so far in India, while nearly 25,000 people have reportedly recovered. Maharashtra has the most number of confirmed (over 24,000) cases among Indian states, followed by Gujarat, Tamil Nadu and Delhi.