Empathy, Not Metrics, Has the Power to Push Ideas Forward

Architectural technologist and former teen Google-coding prodigy Iddris Sandu on the importance of intuition in decision-making.

By Danielle Sabrina June 9, 2020
Opinions expressed by Entrepreneur contributors are their own.

In a time set still by disease, ignited by social injustice and rocked by a tumultuous political landscape, a better future may be just over the horizon if we’re willing to do things differently. Change isn’t going to come; it’s here. It’s demanded. And it’s long overdue.

Empathy-based entrepreneurship and business models are part of the answer, or rather, the correction to what our business-as-usual has been. By tuning into the feelings of other people, to the inadequacies of our world, we can create opportunities that cultivate multi-faceted solutions and collaborations that far surpass the hyper-focused growth strategies that result in lackluster solutions and team burnout. 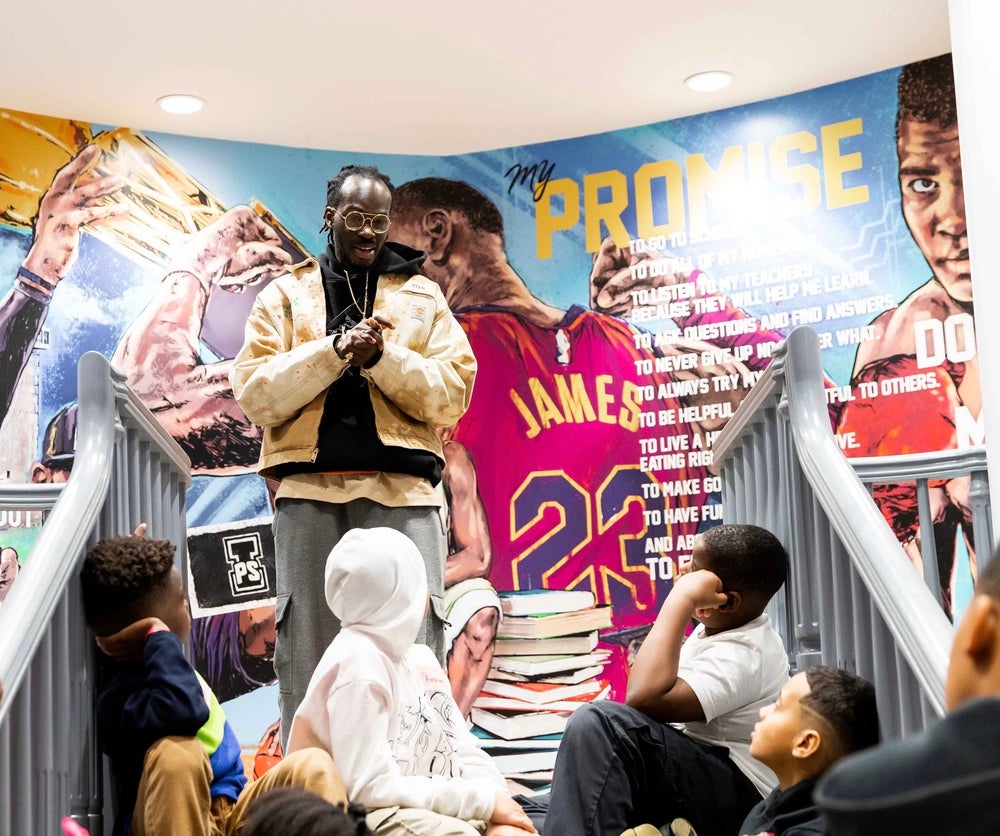 When we begin to factor empathy into our business decisions, it forces us to become more present and mindful. In turn, this heightened mindfulness has a ripple effect. Our actions are no longer just a means to a bottom line, but instead become a dialogue of outreach, understanding and change. Success is not so much defined as a just series of numbers as it is by the cultural shift and betterment of society. This shift has the power to occur in the wake of the entrepreneurial process if we’re committed to leading and creating through an empathic lens.

Related: What Entrepreneurship and Parenthood Taught Me About Empathy

Our capacity to step into another person’s or community’s experience and attempt to feel the problems they face is the gateway to the development and proliferation of future technologies.

Lacking an understanding of different people and experiences or, worse, not realizing the significance or value in them, holds back both enterprise and progress as a whole. “This is a generation where we see people caring about each other more than ever,” explains Iddris Sandu, a leading architectural technologist who started coding for Google at 13 years old. And therein lies the problem. He adds, “The individuals care about people while the corporation and the companies don’t.”

Businesses obsess over numbers while ignoring the people who represent those numbers. “Representation is simply to be given access on platforms that weren't created for us to begin with,” says Sandu, who at 23, is the founder of ethosDNA. “I'm fighting for an opinion, I'm fighting for me to be considered on something that technically doesn't have to be inclusive of me to begin with.” Now, more than ever, the disconnect is glaring.

Sandu is considered one of the most gifted futurists of our time, having been honored at the White House for his accomplishments at 15 years old following his internships at Lockheed Martin and Boeing the year prior. While many high school students were out partying, Sandu spent the later part of his teen years developing STEM programs with the City of Los Angeles and creating algorithms for Instagram.

Sandu explains that empathy and spirituality are always a guiding force in his endeavors and eventually lead him to launch SpatiaLABS, an immersive creative agency known for its iconic collaborations, including a recent initiative with Facebook and Lebron James’s I Promise School for Black History Month.

“The numbers don’t lie," continues, regarding the importance of intuition in decision-makin. "But the value of the numbers fluctuate, and that’s what people don’t understand." Put another way, only using the data, numbers and the metrics to frame and make decisions inevitably alienate you from the the humanity inherent in your work.

Gut instinct is a beautiful and underutilized tool each of us has. Intuition is, perhaps, the closest thing we have to magic itself, and success can often be attributed to how much and how frequently a person is willing to hone in and listen to it, even when others advise against it. Just as empathy adds a deeper level of understanding and compassion to a business or product, intuition provides experience-specific insight and guidance during the creation process.

“Entrepreneurs want to study the metrics  and forget the main point of spirituality," insists Sandu. "You’re limiting your intrinsic value by not submitting to the will of empathy."

We must be able to exist in the space of our intended audience, take the time to genuinely feel what mental and emotional molecules continuously vibrate within that space, and from that formulate a product or invention that actively works toward bettering that experience, that existence. Right there is the link connecting empathy to entrepreneurship.

Related: How Companies Are Leading With Empathy

Our world screams with seemingly endless problems, imbalances and injustices that have been ignored for far too long, and those most affected by these issues must be heard understood. They must be part of the dialogue. We must not only be willing to adapt our philosophies, but do so rapidly with steadfast consistency in order to catapult authentic, real change.

From concept to prototype to iteration, all the way to presenting and marketing a final product, the journey taken is well-mapped and blindly followed. However, what empathy does is encourage us to look through a new scope and enrich the philosophy on which all decisions that happen within the process are based. And if empathy is the foundation on which the path is made, empathy, more than metrics, is also the power pushing the idea forward.

Danielle Sabrina is a celebrity publicist and the founder of Tribe Builder Media, an award-winning boutique PR firm. Before founding her agency she started her career on Wall Street at just 19 years old becoming one of the youngest traders in the industry. Known for her media and brand strategy, her results-oriented reputation through the years has gained the trust of many high-profile CEOs, professional athletes, and celebrities making her one of the most sought-after brand and media strategists. Additionally, she was named Female Entrepreneur of the Year, CIO's Top 20 Female Entrepreneur to follow and Entrepreneur Magazine’s expert contributor.

Will Business Travel Ever Return to Normal?