The first day, first show of Bollywood movies on OTT? Just sit at your home and get movies of Akshay Kumar, Alia Bhatt, Ajay Devgn, Abhishek Bachchan and more home delivered to you
Next Article

The first day, the first show might on OTT? This might have been impossible, but now it's a reality. Just sit at your home and enjoy the biggest movies from your couch. Who would have thought the way we consume entertainment could transform so much?

Covid-19 effect transformed a lot of industry, most were forced to move online and expect the digital age. Something similar happened with Bollywood. Movie theatres were no longer an option. For how long could makers stall their films from being released? Well, due to the pandemic OTT platforms saw a huge surge in the viewership with people around the global consuming entertainment content from the vicinity of their houses, it also pushed movie-makers to accept the new change.

Disney+Hotstar launch amid lockdown was already a smart move, going one step ahead they even announced the launch of Disney+Hotstar Multiplex, yet another impressive step in the way of digital entertainment. The OTT platform will enable its viewers to watch the first day, first show of films from anywhere.

The trend started with Amitabh Bachchan-Ayushmann Khurrana starrer, Gulabo Sitabo getting a digital release on Amazon Prime Video earlier this month. Now others seem to be breaking the conventional releasing format as the pandemic has made it impossible for people to step out of the houses and visit cinemas around them. 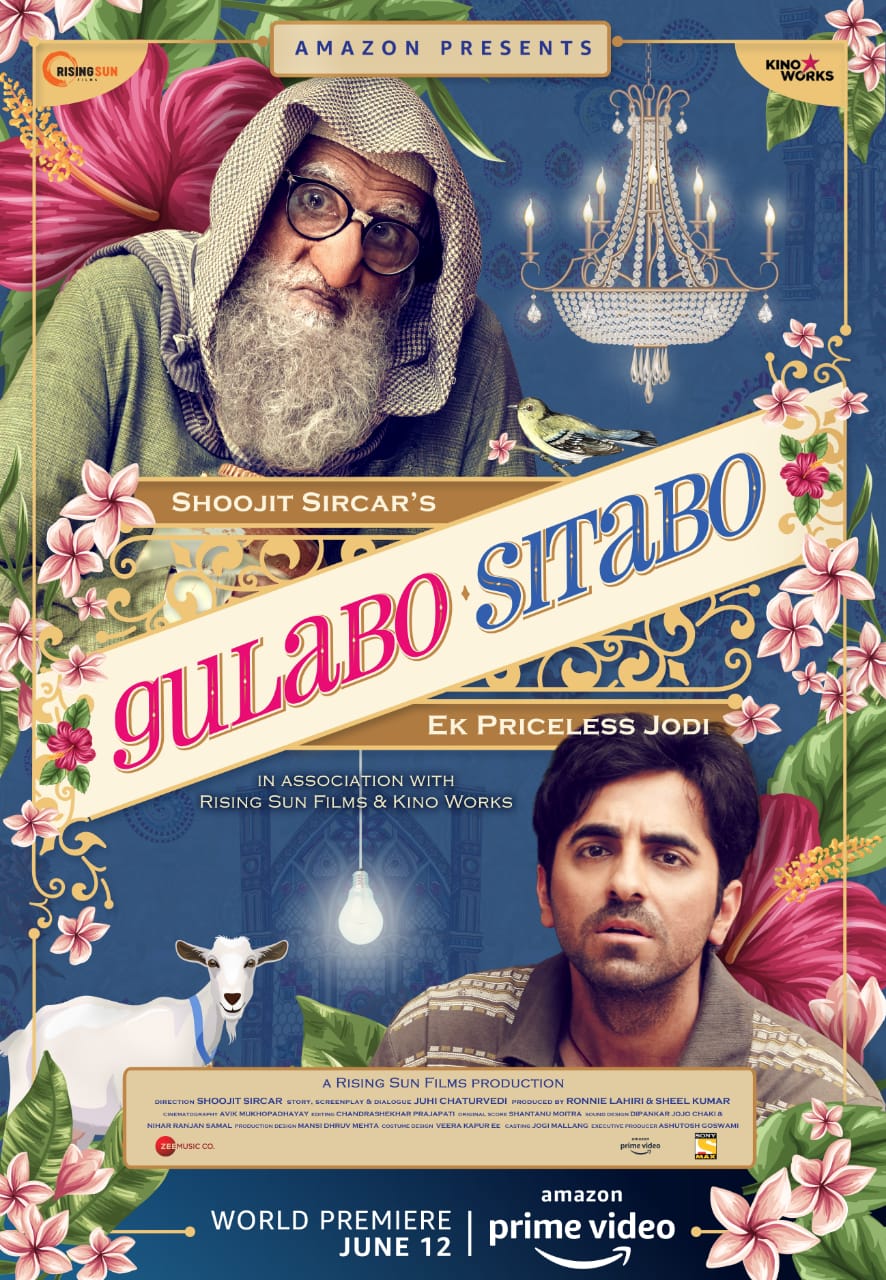 In fact, it's interesting to see how movie promotion trends have also changed. Once which was aggressive, all-out, now actors and filmmakers are using digital platforms and coming up with new techniques. Like for instance, the Gulabo Sitabo team took to social media and challenged people with a tongue twister. The digital world is truly transforming every part of our lives. 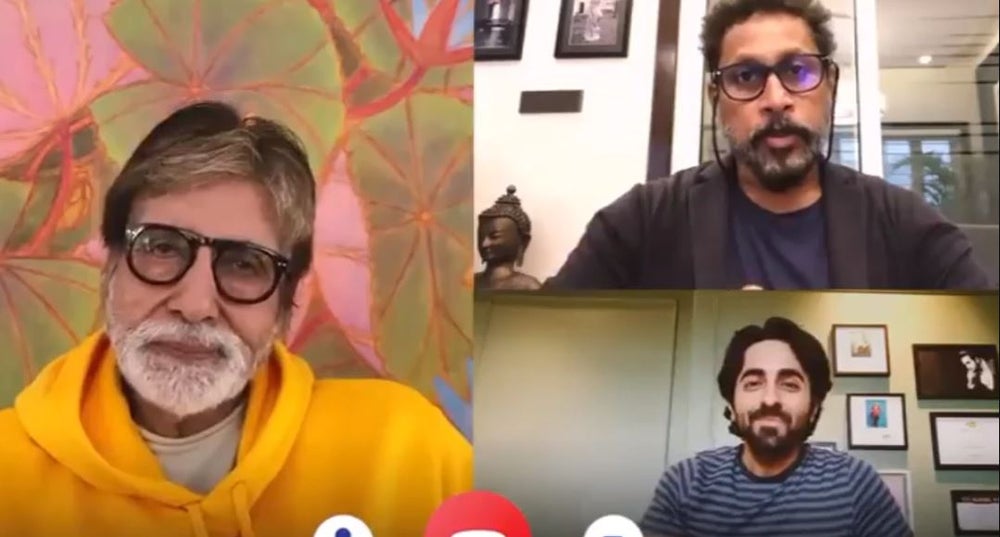 With Disney+Hotstar Multiplex stepping in, one can certainly see movies will now be making its way on OTT and digital releases are here to say. We can always debate about the cinematic experience and the disruption, however, it's great to see how some of the production houses can finally see the potential OTT's have. This change might even see popular filmmakers and actors directly collaborating with the OTT platforms to create originals with them, something that consumers would love to see.

Starting from July 24, Disney+Hotstar will be giving us the first day, first show experience. The first movie to hit the platform will be Akshay Kumar-starrer horror-comedy Laxmmi Bomb. The platform will also release six other films Ajay Devgn's war drama Bhuj: The Pride of India, Alia Bhatt's Sadak 2,  the Abhishek Bachchan-starrer The Big Bull, the Vidyut Jammwal-starrer romantic thriller Khuda Haafiz, and the Kunal Khemu, Rasika Dugal-starrer comedy-drama Lootcase, — which were originally slated to première in theatres. 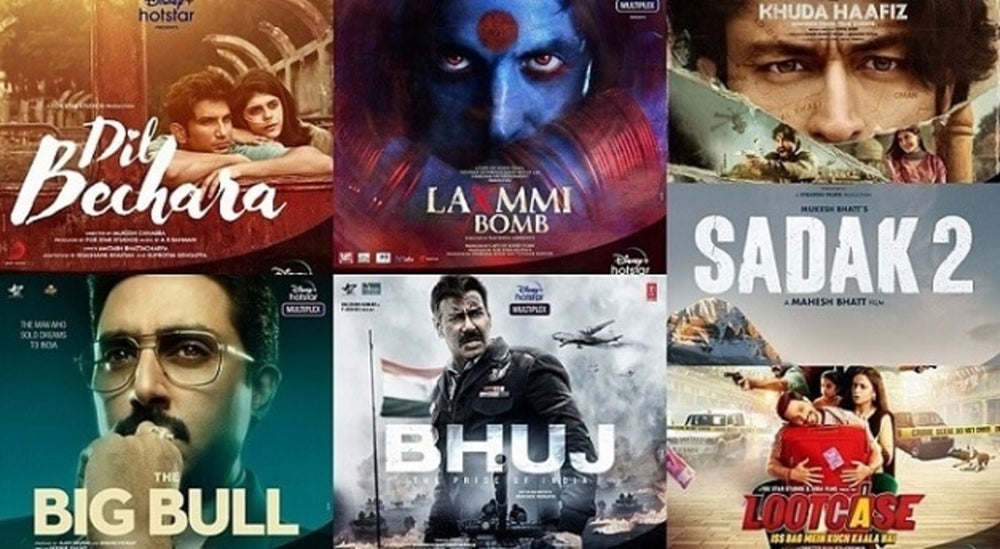 Another luring factor is that one can watch these films throughout the year with a small membership of  INR 399 on Disney+Hotstar VIP, which is almost the cost of a one-time multiplex ticket. A Disney+ Hotstar Premium subscription covers all 'VIP' benefits.

Talking about the same Uday Shankar - President, The Walt Disney Company APAC and Chairman, Star & Disney India, said, "At Disney+ Hotstar, we firmly believe in pushing boundaries to achieve the unexpected. A few years ago, we took an audacious step of bringing sports closer to people by streaming it live on mobile devices - a move that forever changed the course of LIVE sports in India. Today as we launch Disney+ Hotstar Multiplex, we find ourselves yet again at the cusp of making a revolutionary change by bringing the biggest Bollywood movies directly to millions across the country. We are happy to partner with the best directors and most talented actors, and provide them with a platform to present their masterpieces."

Makers are also partnering with other leading platforms like Netflix and Amazon Prime for movies that will skip the theatres and make digital releases. Soon we will see Janhvi Kapoor’s Gunjan Saxena: The Kargil Girl, releasing exclusively as a Netflix Film in 190 countries. Vidya Balan's Shakuntala Devi, directed by Anu Menon-directed will premiere on Amazon Prime Video. 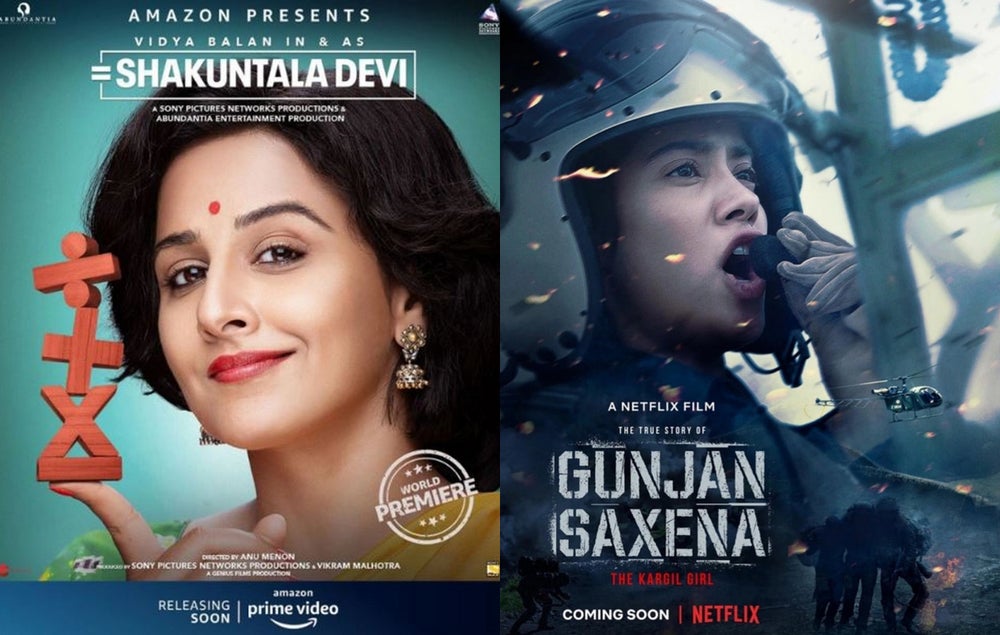 One of the leading Indian film institutes, Whistling Woods International (WWI), has also collaborated with Disney+ Hotstar, to release short films by its students on the platform. Short films like Alaksha, set against the backdrop of the 26/11 attacks on Mumbai, Hoop Diaries, a 2014 sports drama, Manorath, inspired by Rabindranath Tagore’s short story ‘The Postmaster’, among others will be available for the viewers under the ‘Short Films’ section. This step opens the door for amateur and beginners who will be able to showcase their makings in front of millions.

Many might claim that due to limited avenues, the makers are left with no other choice. This actually will help a lot of small-mid budget movies to make an impact. OTT's not only are more accessible to a larger audience but at the same time, give similar visibility to all content. Unlike, theatres who work on a revenue sharing-model which works more in favour of the big-films. The result is often small-budget movies don't even get the recognition it should unless made by a popular director, stars a known actor or is backed by a big-banner.

However, it is also the fact that movies made in 100 crore club will never hit the OTT platform, as they will never be able to pay them the revenue that multiplexes do. It's all about ROI at the end of any deal. So watching Shahrukh Khan or Salman Khan on your home-screen might not be a reality in the coming months. But certainly, many movie-makers have a new avenue and they no longer need to be dependent on big screens for getting an acknowledgment and space.

Digital releases are here to stay and give the new potential to makers who haven't been able to enjoy big releases because of budget constraints.

#4 Entertainment Hacks to Create a Cinematic Experience at Home