Popular Influencer BeYouNick also announced one of its kind whopping 10 lakh rupees PubG match. In an exclusive conversation with Entrepreneur India, the content creator tells us all
Next Article

The IPL is just about to begin and fans are pretty much excited. In India, cricket isn't a sport but a religion. Before cricketer Ajinkya Rahane gets ready to rock the oval field, he tired turned into a comedian and worked his magic even there.

The popular cricketer collaborated with social media influencer and digital content creator BeYouNick, who is known for his slapstick content. Ajinkya and Nick have a lot in common than one knows of and that is what drew them together for this collaboration. The cricketer during his initial days used to stay at Dombivali and Nick is from there.

Talking about what clicked between the two Nick told Entrepreneur India, "What can possibly click for us apart from the fact that we both are from Dombivli, we both love our chai, we both love our caps and the love for sports! A lot of things clicked for us."

When realised their fans too wanted them to collaborate, they joined the hands together. In the funny sketch video, both are playing each other character's and pulling their legs. 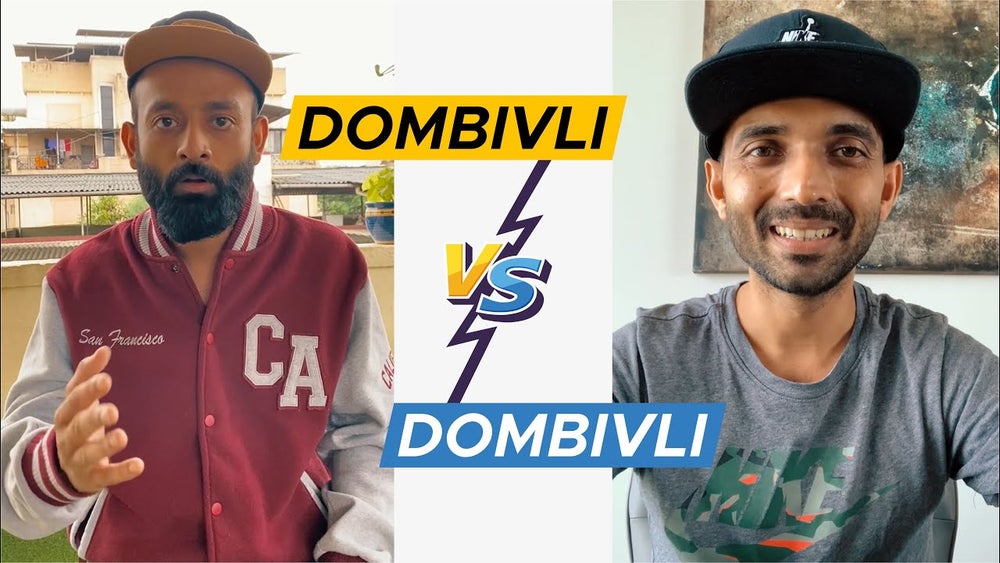 Talking about the collaboration he said, “Well, the whole 'We look similar' bit has been on the internet for long. It was funny when it first happened on comments and then we even referenced it on some of our videos. So to be honest I’ve been wanting to do this Collab for a while now and when the 100MB team reached out, we quickly jumped in."

With over 8 million followers across various social media platform, Nick is known for creating unqiue content. When asked what makes this video different he said, "We wanted to make a joke about the similar looks comment, so the idea was there but then we also wanted our usual twist on it and it worked."

Talking about what's next Nick has also announced a whopping 10 lakh rupees PubG match. Giving details about the same he said, "Well, the lockdown has changed a lot of things. Earlier we used to have a proper fan meet events where we had a lot of interaction, but now it’s not possible anymore. I did a lot of live sessions, some just for fun, some to raise funds for good causes. But in these live sessions, the interaction is usually limited to only comments. So the idea was to take the meet and greet format into the virtual world where we can all have fun. Then we thought why not sort of help them win something and make it more fun and UNIQUE."

So those who want to be part of this the idea is quite simple, just head to the vlog channel, bring your team along if you want to. Turn the notifications on and wait for more details.

"I will be putting the details of the game on the stories for my subscribers and they can join and play. I know a lot of my viewers are extremely good at gaming so I selected my team which is made of two equally bad players: Mumbiker Nikhil and I, and two good players Mortal and Scout who are the favourites in the gaming community and good friends," he added.

Nick calls it the most awaited collab ever. "You can take men out of Dombivali but never Dombivali out of men...Hai na @ajinkyarahane"

Check out the video here: