Back-to-school season was always busy for Michelle Parrinello-Cason, but widespread closures of public schools have put her in even great demand. And she has advice for parents and educators alike.

When Michelle Parrinello-Cason and her business partner, Blair Lee, launched SEA Online Classes (the acronym stands for Secular, Eclectic, Academic) in June of this year, there was still no way to know whether schools would reopen. But they knew their model had to accommodate not only their core community — secular homeschooling families — but parents and children first navigating how to augment, or temporarily substitute, traditional K-12 education with remote learning.

For Parrinello-Cason, the endeavor was an extension of her work running Dayla Learning, a resource site for families homeschooling their kids in the humanities, since 2018. She soon found a kindred spirit in Lee, who had been overseeing SEA Homeschoolers (of which SEA Online is an offshoot) as of 2015.

The goal of SEA Online is to provide homeschooling families located anywhere with easily accessible, secular curricula that's been selected and vetted by Parrinello-Cason, Lee and other experienced academics. The goalposts shifted slightly, however, once the duo realized there’s a greater demand for — or at least more inquiries into — their services and homeschooling methods writ large than ever before.

Parrinello-Cason, who is a mother of two herself and has also taught in on-campus environments, caught up with us from her home in St. Louis about ramping up SEA Online to meet the moment, changing preconceptions about homeschooling and how parents of any background can use this period as an opportunity to explore all options. 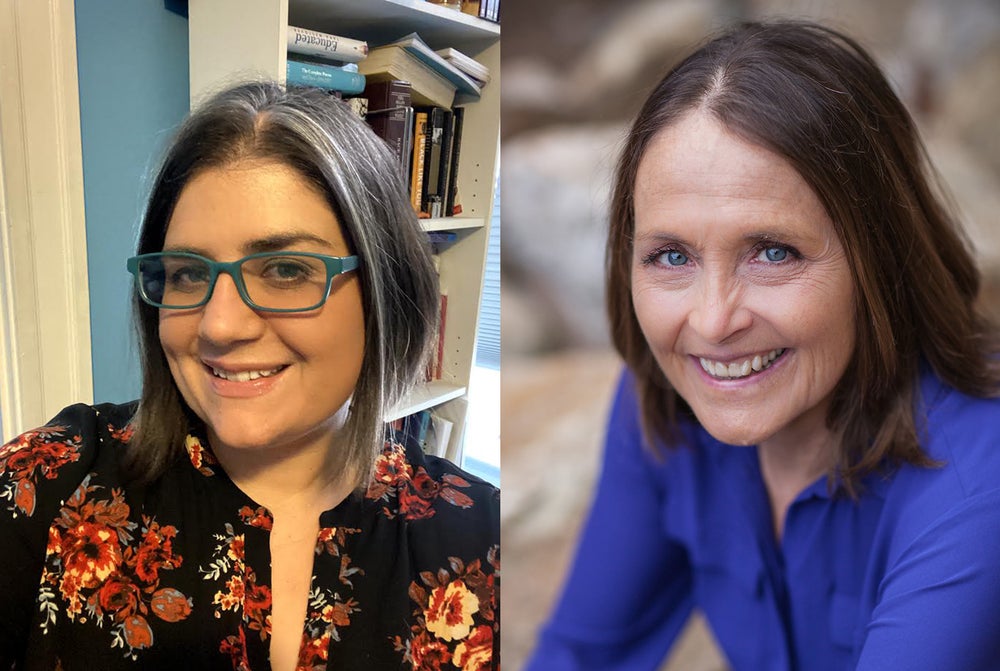 When schools first shut down last spring, did you anticipate bracing for new inquiries about the fall?

I don't think it was immediate. Back in March, we were still thinking, “Oh, you know, by the time that fall classes roll around, things will be back to normal.” But when it became pretty apparent that things weren't going to be back to normal, it did really impact the way that we thought about that platform. We recognized the demand was a lot higher than we were expecting and that there were a lot of people in our community new to homeschooling who we're looking for options they hadn't been before. So we did grow faster and launched bigger than we had expected to.

What were the biggest challenges in adjusting for that growth?

When we were going to do a very small pilot, we were trying to keep our expenses really low. We ended up going with Teachable, which has an existing LMS platform, but we [initially] were going to create something in-house and maybe use something like with WordPress plugins and create our own LMS system. But having done that would have required more time and trial-and-error. Because we recognized how quickly we needed to scale up to meet the demand of our audience, we went ahead and budgeted for the expense of using a platform that was already in existence.

Have you had to be emphatic in your messaging about how homeschooling can be for anyone, not just families from more religious communities?

Absolutely. That was already the work — advocating for the secular homeschooling community and making sure that we had high-quality curriculum options out because most of the curriculum that has been available for decades in the homeschooling community has been very religious. The influx of new homeschoolers has largely been people who are looking for secular materials because they're coming from public schools where that was already the norm. To know we can assure them that there are high-quality materials out there that do meet those needs is an important part of this.

Is your ultimate goal to market your model as a permanent alternative to traditional schooling, or is it more about introducing it as something supplementary for the uninitiated?

It really is a pretty different approach than the traditional classroom, but we also know that a lot of people use homeschooling in periods of transition in their own lives, so they might only do it for a year or two. And in those situations, if they are expecting to go back to a brick-and-mortar traditional classroom, it really can just be a supplement. So we have tried to create classes and materials and resources that meet families where they are and help them get to where they want to go, and we let them know that there is no one way to do homeschooling. You can always adjust it as you do some trial-and-error.

What about all the studies suggesting kids needs to be back in school for the social development as much as anything?

I understand that. I was there too when I was an unexpected homeschooler. When I first was entering into this world, I was like, “Oh my gosh, my kid's not going to have any friends. What am I going to do?” But there is a very robust homeschooling community. It may not be the majority of parents, but it certainly is a very active and supportive community. And even traditional homeschoolers are struggling this year because our co-op can't meet in person and our field trips can't be in person. So we're also trying to find ways to have social activities through virtual opportunities and adjusting to that kind of thing too. But I think that we are already used to that flexibility and being able to adapt on the fly in a way that gives us an advantage in this position.

I take it, then, that SEA Online is doing well so far?

Yeah. Because our platform is new, we don't have numbers to compare it to, but it is certainly up from our expectations because we were expecting maybe six or seven classes with two or three teachers. And instead we now have six teachers 30 classes and two book clubs that offer nine books each. So it’s 48 classes really, and they're almost all full. Now we're trying to figure out, “What is that going to look like in the spring?” Because hopefully a lot of brick-and-mortar schools are back in session. We’re trying to figure out how to make sure we're meeting the needs of our audience when our audience isn't sure what their needs will be in the next step.

So you’re prepared for the likelihood that when schools resume, this surge of interest in SEA Online might dip a bit.

If we lose a lot of people who are just here temporarily, we have a passionate, really connected audience who is going to want these online classes and experiences for their learners for the long term. We’re trying to make sure that we're walking that balance of really tuning into that specific need that is going to remain. It might not be quite as robust, but I know that those people are still going to be there. And a lot of the investments that we were planning to make some time down the road, we were just able to make them a lot earlier because of this surge. Not everybody is going to continue on this path, but I do think that some people will have found it accidentally and decide that it does work best for their families.

To be honest, it sounds if you’ve been quicker to innovate than a lot of the brick-and-mortar schools. What do you think has been the biggest obstacle for traditional educators right now?

I really feel for teachers and administrators in brick-and-mortar schools, because a lot of this has just been uncertainty. I have the benefit of certainty. I know that students signing up for my classes are going to have stable internet access and microphones and cameras that work and a quiet place to do their work because people who come seeking out my classes do so with that understanding in mind. [Public school] teachers and administrators making these choices don't know that all of their students are going to have those things. They don't know that all of their families are going to be interested in that. And so I think that the uncertainty is what has really caused some bumps in the road for them. If we had known in April, “Hey, we are 100 percent all going virtual in starting August 20,” I think teachers would definitely have been able to rise to that occasion. Instead, we've gotten a lot of, “Well, maybe we're doing a hybrid model. No, nevermind, now we're doing all virtual. No, nevermind, now we're meeting in person.”

Do you view the trend of independent homeschooling pods popping up in suburban areas as a threat to your business model?

We've been approached by some people who are in small pods asking, “Hey, can we get our group into one of your sections?” So I don't think that it’s a threat to us, because those individuals meeting in person in those small groups still need a curriculum. They still need the expertise and the content to deliver really great classes. And especially if those pods are going to have students across mixed ages and mixed abilities, they're going to have to differentiate for a lot of different needs. The kinds of classes and experiences we're offering probably compliment those more than they compete with them. There's eventually going to be a normal on the other side of all of this, but there's always going to be a need for individualized education that meets learners’ unique needs. That’s what we're trying to deliver. We were doing it before this happened because there was already a demand, so I feel like that demand is definitely still going to be there.

Any last words of wisdom for fellow parents pulling their hair out?

I would say nothing is permanent. Don’t feel like any choice that you make right now is a choice for forever. And that kids are more resilient than we give them credit for, and learning happens in ways that we don't expect. I know it’s extremely stressful right now, but put a little more trust in our learners to be able to get a lot out of situations that aren't ideal, because kids really can rise to the occasion if they're given materials and opportunities that will help them get through this.