Karma Ekmekji, founder of #Diplowomen, co-founder of 3QA, and a consultant with UN Women, on how generations of Lebanese women developed strength, a practical business acumen, and a problem solving attitude.

Our next Entrepreneur Middle East Live's Against All Odds webinar interview, staged in partnership with du, happening on Thursday, September 17, 2020 at 5pm (UAE), will host Karma Ekmekji, founder of #Diplowomen, co-founder of 3QA, and a consultant with UN Women. (Register for the webinar by clicking here.)

Ekmekji has been advocating that women should play a greater role in peacebuilding around the world, and especially in the Middle Eastern countries. In Lebanon, after the massive explosions at the Port of Beirut on August 4, 2020, that caused massive deaths, injuries, and overall destruction of the city, Ekmekji says, her goal has become more important than ever.

Karma Ekmekji is the founder of #Diplowomen, a global initiative aimed at sharing knowledge, developing mentorship opportunities and strengthening networking in the field of diplomacy, peace making, mediation and negotiation. She is also the co-founder and member of the Executive Board of 3QA, a MENA-based social enterprise that offers quality assurance services to the third sector in the Middle East. 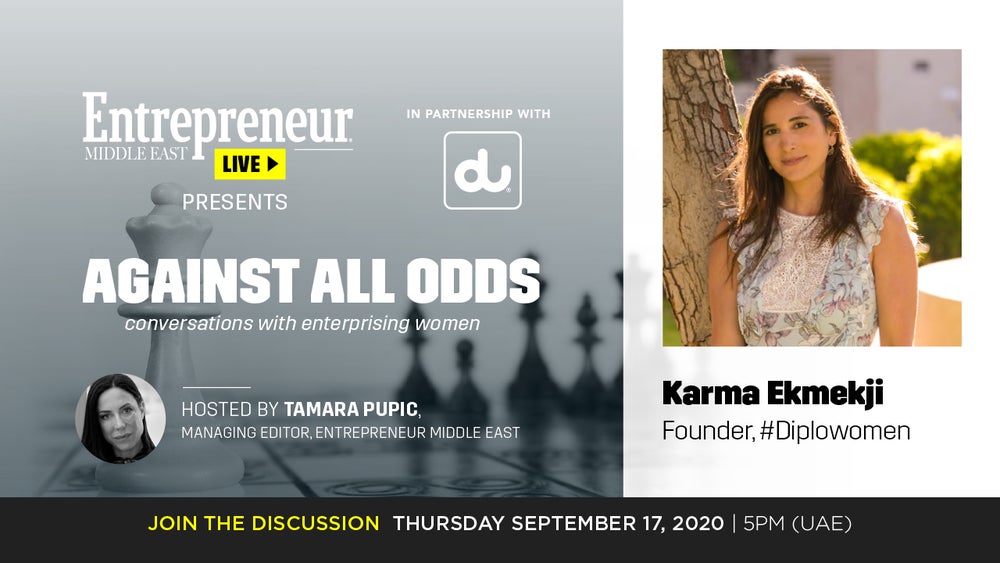 In the Against All Odds webinar, Ekmekji will give us an overview of how enterprising Lebanese women have been playing a crucial role in rebuilding Lebanon after many of its crises, including a civil war, a state of financial collapse, high unemployment rates, a global pandemic, and now the Beirut blast of August 4.

This will be a story about how the constant living in a state of survival has led to Lebanese women developing strength, a practical business acumen, and a problem solving attitude which, Ekmekji advises, should be used for a greater good of their country and the whole region from now on.

Prior to this, she was the International Affairs and Relations Advisor to former Prime Minister of Lebanon Saad Hariri, where she served as the focal point for all international dossiers for eleven years.

Prior to joining Saad Hariri’s office upon his appointment as Prime Minister in 2009, Ekmekji was the National Political Officer at the United Nations Special Coordinator’s office in Lebanon where she briefed the Special Coordinator on domestic political developments and strengthened the office’s network base with Lebanese political parties.

She had also served at the UN Secretariat’s Department of Political Affairs in New York HQ. 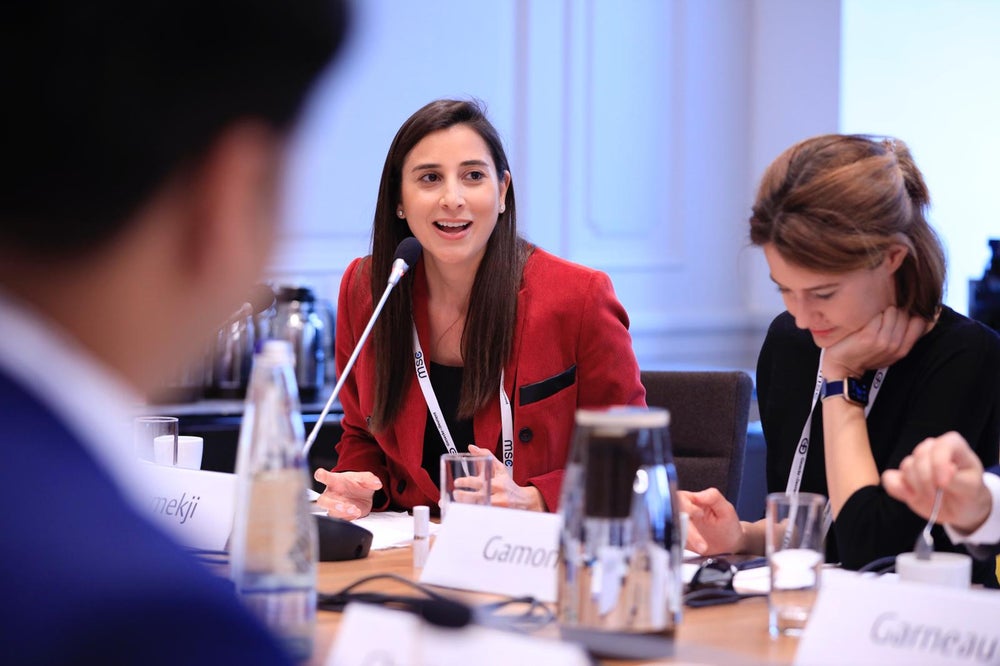 Ekmekji was a policy analyst for the International Foundation for Electoral Systems (IFES) tasked with conducting extensive research on electoral systems and reforms and with providing technical assistance to various regional Government agencies. She was present at the Doha Agreement in May 2008 to lobby Lebanese political parties to introduce reforms to the electoral law. She has extensive experience in water-diplomacy, maritime border disputes and was an active member of the Blue Peace Initiative.

Ekmekji, a lecturer in international affairs and women peace and security, was selected as a Munich Young Leader for the year 2020. She was also selected to take part in the European Union Visitor’s Programme in 2019 and is a member of the Aspen Global Leadership Network.

She is a member of the British Government’s International Leaders Programme and a “Personnalite d’avenir” – selected by the Quai d’Orsay. In 2012, Ekmekji was named one of 2012’s top 99 foreign policy leaders under 33 years of age by the Diplomatic Courier. She earned her Master of Public Administration from the School of International and Public Affairs at Columbia University, where she was a Fulbright Scholar. She is a fourth generation AUBite, and a Penrose Award recipient.

Staged in partnership with du, the webinar will be held at on Thursday, September 17, 2020 at 5pm(UAE). To register and reserve your spot, please click here.