While the number is high, the case count only represents 1.4 percent of the company's total workforce in the U.S. Amazon refrained from stating how many workers later died.
Next Article


Nearly 20,000 US employees at Amazon have contracted Covid-19 since the pandemic began, the ecommerce giant revealed on Thursday.

In a blog post, Amazon decided to disclose the case count, citing the need for businesses and governments to share best practices in fighting Covid-19.

The company says 19,816 “front-line” workers at Amazon warehouses and Whole Foods Market in the U.S. caught the virus between March 1 and Sept. 19. And while the number is certainly high, the case count only represents 1.4 percent of the company’s total 1.37 million person workforce in the country.

“Based on this analysis, if the rate among Amazon and Whole Foods Market employees were the same as it is for the general population rate, we estimate that we would have seen 33,952 cases among our workforce,” the company added. “In reality, 19,816 employees have tested positive or been presumed positive for Covid-19 — 42 percent lower than the expected number.”

An exception was in Amazon's Minnesota facilities, which had a 3.17 percent infection rate, higher than the state's 1.58 percent rate. In other words, for every 1000 workers Amazon had in Minnesota, about 31 have come down with the virus. 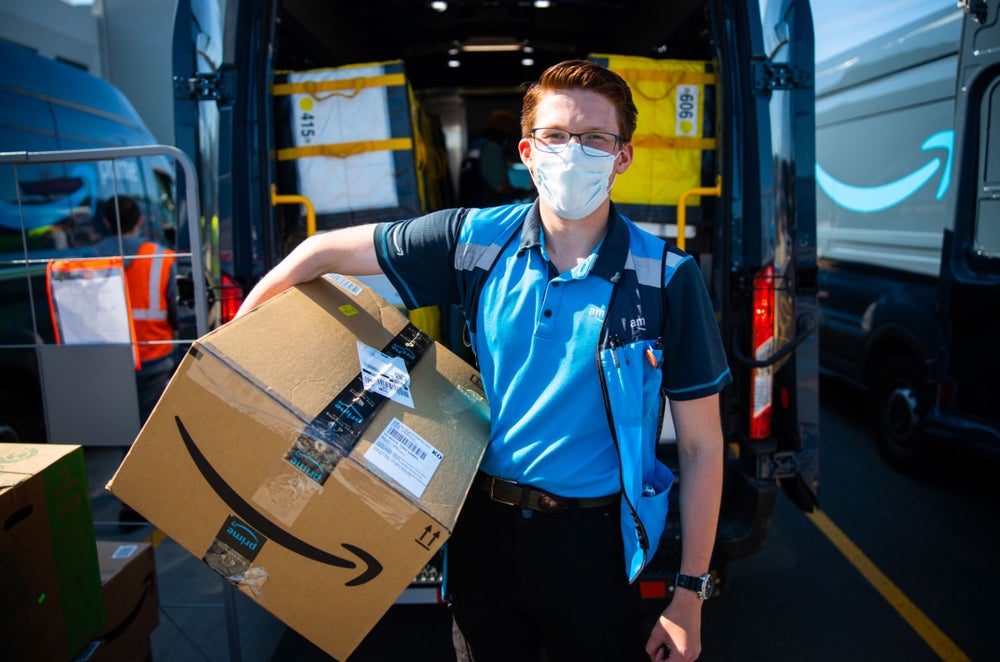 Related: Donald Trump and Melania Have Tested Positive for Covid-19

The company arrived at the 19,816 figure by including both confirmed COVID-19 cases at Amazon facilities, and “presumptive cases.” Since April, the ecommerce giant has also been working to develop its own Covid-19 testing capabilities, allowing it to screen employees for the virus, even when they show no symptoms.

How the 19,816 workers became infected was left unsaid. The company also refrained from estimating how many infected workers later died from the virus.

While Amazon is pointing to the relatively low infection rate as a success, critics are blasting the company for taking so long to disclose the information. "Since March, workers and their communities have been demanding these numbers from Amazon. Workers faced retaliation, including the risk of losing their job, just for standing up for their own health and the health of their neighbor," said Athena, an activist group against Amazon's labor policies.

"Now we know why the corporation refused: Amazon allowed Covid-19 to spread like wildfire in its facilities, risking the health of tens of thousands of people who work at Amazon — as well as their family members, neighbors and friends," Athena added.

#Amazon so you decided to release this right before your major sale season nice try we’re not buying it! How many of your employees have DIED??? answer that for us #cancelprime #BoycottAmazon https://t.co/KuFXla0rhR

However, Amazon pointed out: “A positive test does not mean someone became infected as a result of their employment with Amazon — these individuals can be exposed in many ways outside of work.”

To ramp up the Covid-19 testing, Amazon has been investing “hundreds of millions of dollars” in the project. By November, it expects the company can conduct 50,000 tests a day across 650 sites. “And because we've built this testing capacity ourselves, we're adding to the total number of tests available — not taking supply from others,” the company added.

To prevent the virus from spreading among workers, the company has also distributed over 100 million face masks, and implemented social distancing measures and routine temperature checks across Amazon work sites. As a result, the company says there’s a low risk of employees contracting the virus while on the job.

Amazon’s blog post arrives a day after NBC News published a report on how company employees say they’ve been left in the dark about Covid-19 infection rates at their work sites. That’s left some employees unsure if they’ve come in contact with co-workers who contracted the virus.

The company has also faced protests from workers who say Amazon failed to do enough to protect them from the virus. However, Amazon's blog post today tries to portray the company as having the pandemic under its control.

"Since the beginning of this crisis, we've worked hard to keep our employees informed, notifying them of every new case in their building," the ecommerce giant claimed.

Massive 62% of Americans Living Paycheck to Paycheck, Many Convinced Finances Won't Recover Until 2022

The 4 Most Useful Pieces of Money Advice No One Ever Wants to Hear, According to a Financial Planner