WhatsApp will let us silence people and groups for life

According to WABetaInfo, some users with access to beta version 2.20.201.10 discovered this long-awaited feature.

By Entrepreneur en Español October 2, 2020
This article was translated from our Spanish edition. Opinions expressed by Entrepreneur contributors are their own.

Why do they mute people and groups on WhatsApp? Many do it for mental health, others because we need to focus during the day on things that have nothing to do with the application.

But, we agree that there are people and groups that sometimes we would like to silence forever. However, the messaging application does not offer this option, it only lets us do it for eight hours, a week or a year. Although everything indicates that we will soon enjoy the feature.

According to WABetaInfo , some users with access to beta version 2.20.201.10 discovered this long-awaited feature. This means that in the future the option to silence groups and people for life may be available. 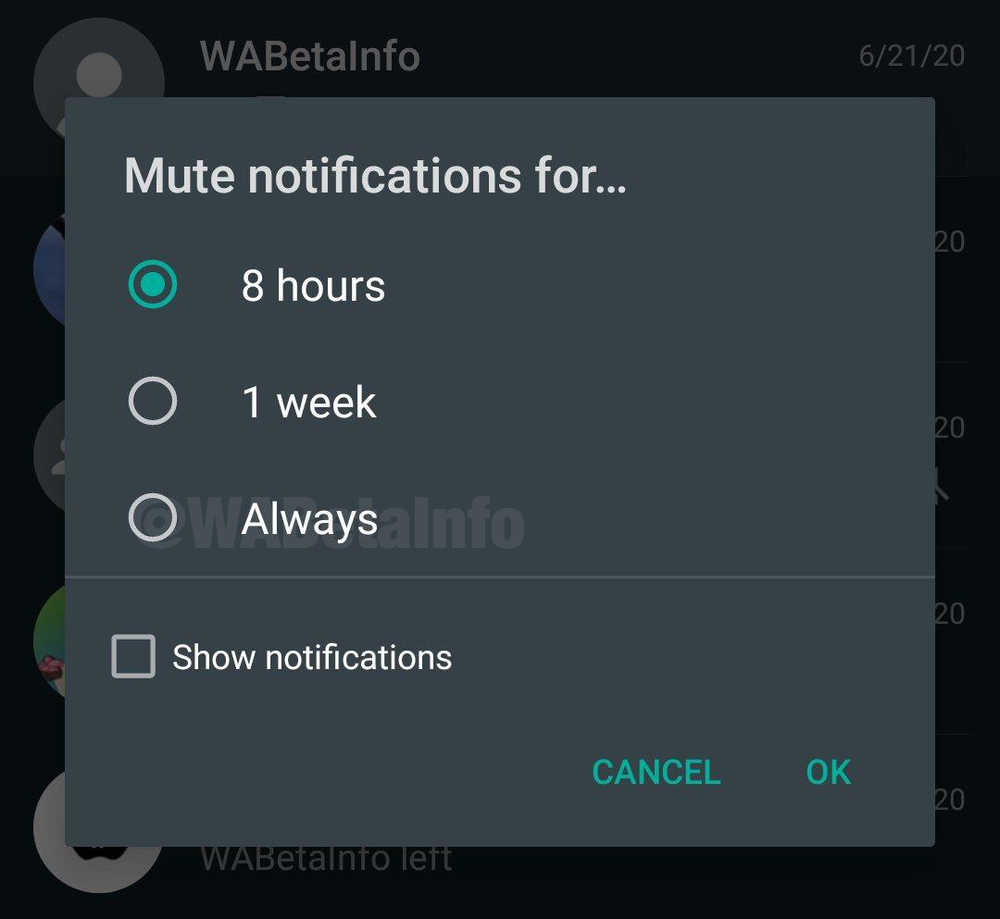 By deploying the alternatives to silence a group or person, the one-year alternative disappeared and was replaced by “forever”.

Who or who would you silence forever?

WhatsApp renews voice messages, these are the new features