CEMEX-Tec recognizes projects that seek to transform the world

33 projects from 13 countries were awarded in the categories: Transforming Communities, Social Entrepreneurs, Community Entrepreneurship and Collaborative Action.
Next Article

Entrepreneur en Español
Entrepreneur Staff
October 5, 2020 6 min read
This article was translated from our Spanish edition using AI technologies. Errors may exist due to this process.

For 10 years, the CEMEX company and the CEMEX Tec de Monterrey Center for the Development of Sustainable Communities have awarded this award in order to support high-impact projects that promote economic growth and social commitment of communities, with an emphasis on preservation of natural resources around the world. 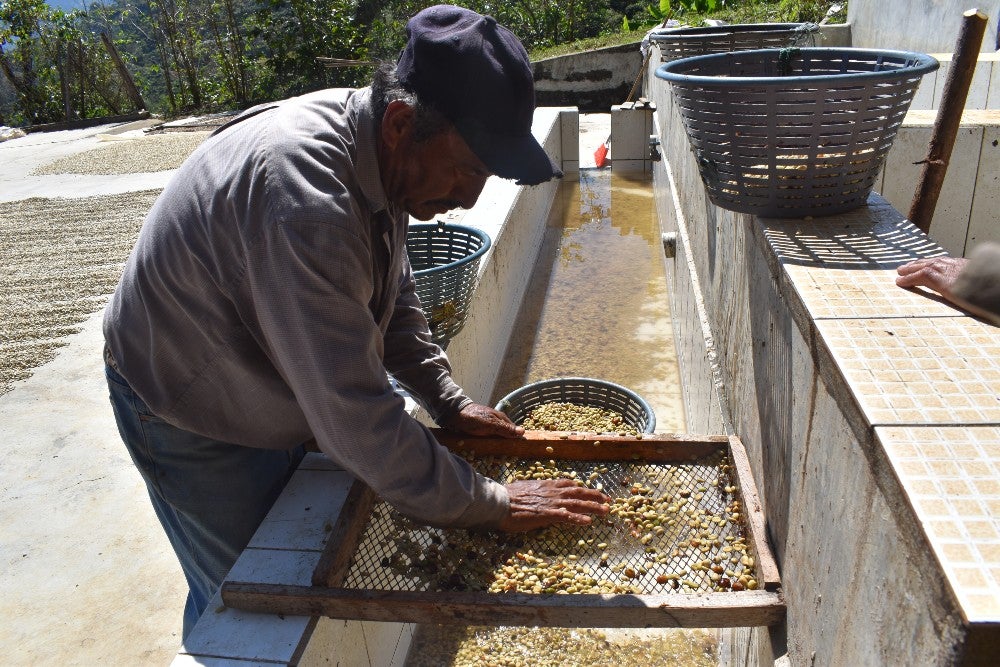 “For CEMEX, innovation is part of our DNA, so the CEMEX-Tecnológico de Monterrey Center contributes to our purpose of building a better future. This year we celebrate 10 years of social entrepreneurship that contributes directly to the well-being and development of more sustainable communities and cities, ”said Ricardo Naya, President of CEMEX Mexico.

In her message during the virtual event, Martha Herrera, Global Director of Social Impact at CEMEX and Director of the CEMEX-Tec de Monterrey Center for the Development of Sustainable Communities , commented: “I am proud of the trajectory and growth that the CEMEX Award has had -Tec, we already have a decade where we have grown hand in hand with the winners and our allies, it inspires me to continue growing hand in hand with more than 8,600 entrepreneurs from 90 countries, let's continue building community together ".

This 2020, due to the contingency due to the COVID-19 pandemic, registrations for the CEMEX-Tec Award were open from February 13 to June 30. 381 students and 1024 professionals participated, of which 51% are women and 49% are men with an average age of 32 years. Of these, 54% have a bachelor's degree and 29% a postgraduate degree.

The 1405 participants come from 61 countries, with Argentina, Colombia, Costa Rica, Ecuador, Spain, France, Mexico, Peru, the Dominican Republic and Venezuela, the countries with the highest number of registrations. 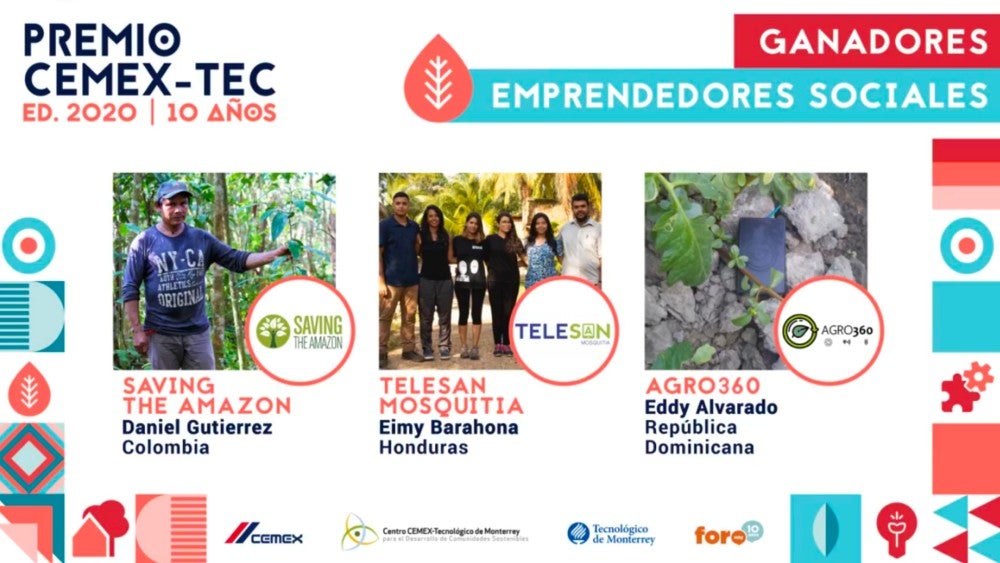 On behalf of the Tecnológico de Monterrey, Juan Pablo Murra Lascurain, Rector of Professional and Graduate Studies, highlighted: “For our Institution, the CEMEX-Tec Award is one of the programs with which we strengthen the ecosystem of entrepreneurship and social impact around the world, and we are very proud of the growth and international positioning it has had ”.

The Award was awarded at the end of the Experience Weeks, from September 21 to October 2, in which participants had the opportunity to exchange experiences and learn about the trajectory and advice of speakers such as Ron Garan, former NASA astronaut; Mathew Manos, CEO of Verynice; and Cristina Ortiz, coordinator of the Business Innovation Node at the Universidad Iberoamericana del Golfo.

For Nadily Nega's team, international winner in the Transforming Communities category : "The CEMEX-TEC Award is the opportunity to demonstrate the capabilities of communities that have not been able to demonstrate to the world their knowledge and their contributions to the culture and economy of their countries. For our team it is the possibility of putting our technical knowledge into practice and being citizens who actively work in the construction of solutions to problems in our society ".

The Rescue team for native coffee varieties, national winner in the same category, also said: "Our project seeks to implement science in solving a social problem such as rust that affects coffee crops. The CEMEX Award -TEC represents an opportunity to improve the intervention in the coffee community and, like the project, it is by and for the coffee producers ".

The Experience Weeks were held in partnership with Ashoka, Disruptivo TV, Impact HUB, yCo, MakeSense and Unreasonable México. The event culminated in a celebration, where the artist Caloncho performed his songs.

In the 10 years of the CEMEX-Tec Award, it has received a total of 5,443 projects from 90 countries, adding more than 8,600 people who have submitted ideas with which they seek to change the lives of their communities of origin and the entire world.

How Entrepreneurship Is Helping to Save Puerto Rico

10 Business Ideas to Make Easy Money and Change the World