Which countries drink the most coffee? (Infographic)

Coffee is one of the most traded merchandise in the world and one of the leading fair trade products.

By Mónica Mena Roa in collaboration with Statista in Spanish

This drink with many variations is considered essential in many countries. According to estimates from the Statista Consumer Market Outlook , average consumption in the Netherlands is 8.3 kilos per person per year. In Nordic countries such as Sweden (7.6) and Norway (6.6) consumption is also quite high.

In Brazil, which is the main producer and exporter of coffee in the world, an average of 5.1 kg of this drink is drunk per year, while in traditionally importing countries such as the United States or Japan, consumption reaches 3.5 kilos and 2 kilos per year, respectively. In Italy, the country of espresso par excellence, 4.7 kilos are consumed per year, while Spaniards do not reach 3 kilos per person per year. 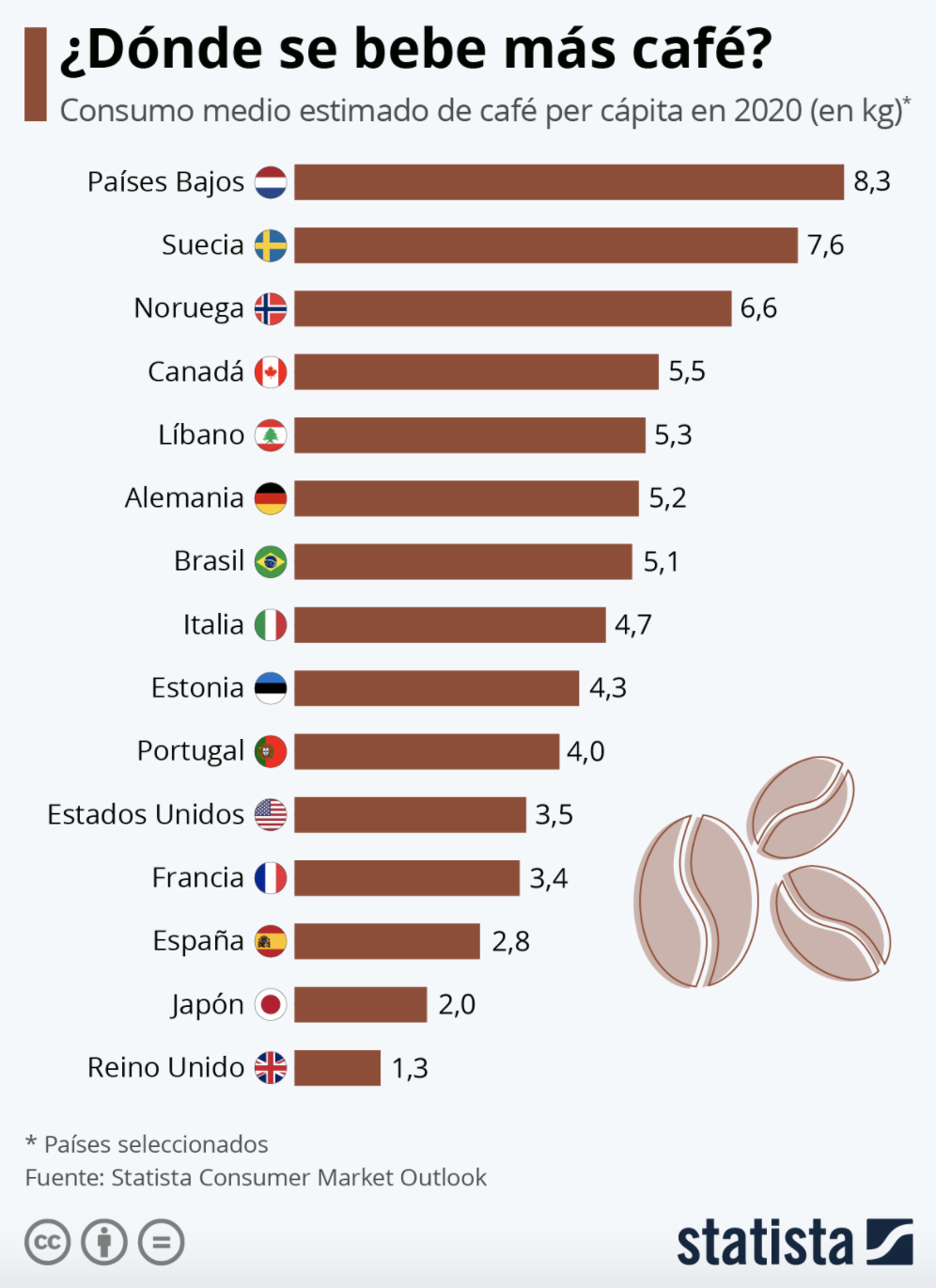 How much does a cappuccino cost in Latin America ?: Infographic