From a bra to a booth: learn the story of Eva, the device that detects breast cancer early

Eva Center is a smart booth that offers an experience powered by a digital infrared imaging device and artificial intelligence approved by the FDA.
Next Article

María Arcia
October 19, 2020 13 min read
This article was translated from our Spanish edition using AI technologies. Errors may exist due to this process.
Opinions expressed by Entrepreneur contributors are their own.

A series of unfortunate events led Julián Ríos to start his career as an entrepreneur at the age of 16, as the young man lived through the emotional and physical effects of breast cancer with his mother who suffered from the disease. This motivated him to do his bit so that fewer and fewer women had to go through this condition.

“Eva was born five years ago through a very personal motivation, my mother was a breast cancer survivor on more than two occasions and then passed away from the disease. The same story is for my partners, Raymundo and Antonio my co-founders. And as a result of this personal event, we could not sit idly by and decided to dedicate our days to working on something that would prevent some women from suffering what our loved ones have suffered, ”says Julián Ríos in an interview for Entrepreneur en Español .

Julián's first development was a wearable ( wearable device) that was basically a bra they called Evabra, with which it was possible to detect breast cancer in its early stages through biosensors. However, together with his team, he realized that it was not going to fulfill its mission: to reach all possible women. 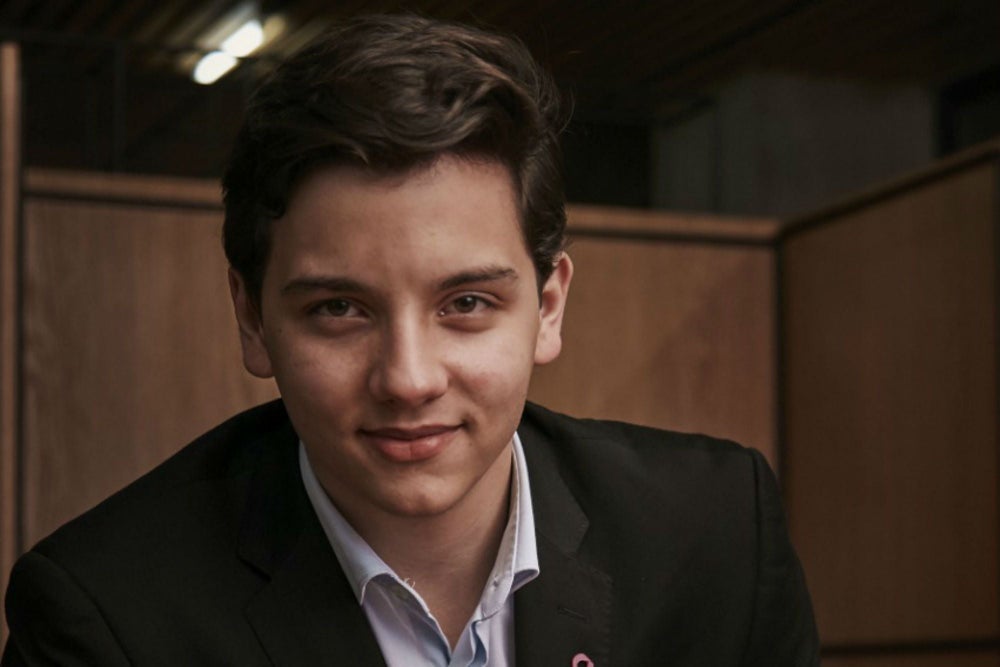 "After 3 years of work and thousands of dollars in investment for this project we realized that we were not fulfilling the original mission, which was to save as many lives as possible, simply for the sale price of the device it would have been a product that only 0.01% of the population could use ”, he says.

From a bra to a booth and a full membership

Evabra's goal was that by means of a heat sensor it could detect breast cancer in an early, private and non-invasive way. Despite the fact that the team of entrepreneurs and researchers no longer develop the bra but a booth, the purpose remains the same:

"Functionally analyzing the chest through thermal readings, through artificial intelligence but in a more sophisticated technology that is the technology that Eva uses today, which does not require contact on the chest, basically it is the analysis of the thermal pattern of the breastfeed from a distance ”, explains the young man.

Higia Technologies , the old name of Julián's company, evolved together with their product, now it is called Eva and they offer a care center so that women can take a private exam in commercial places, they also have a membership that gives other benefits in the area of ​​women's health. 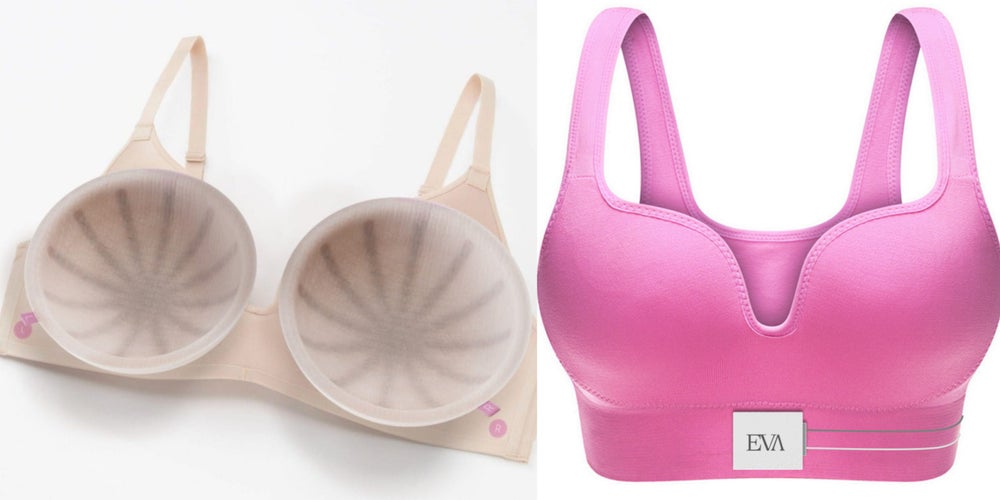 “Our membership offers women a mammogram that is interpreted by our radiologists, almost unlimited studies in Eva, they can be done once a month or every three months, gynecological oncology consultation if something abnormal is detected in the masto or in Eva so that you do not have to go through the waiting times of the public system and an insurance of breast and cervical ovarian cancer. It is an insurance that compensates in 100 thousand pesos in case of being detected. So Eva, more than just the Eva Center product, aims to be a whole ecosystem of solutions to effectively prevent and combat breast cancer ”, says Julián.

Women can access membership online or purchase it at the centers, although they do not yet have national coverage.

The entrepreneurs have collaborated with institutions such as the Institute of Social Security and Services for State Workers (ISSSTE), the Mexican Institute of Social Security (IMSS), Stanford Medicine X, and others to achieve the technology they offer today. Likewise, it is a method approved by the Food and Drug Administration (FDA) in the United States, by the CE Marking in Europe and is regulated by the Federal Commission for the Protection against Sanitary Risks (Cofepris ) in Mexico.

In private and fast

Eva Center is a booth that will be located in shopping malls around the Mexican Republic, the women will be received by a doctor, who will be in charge of entering them inside the booth and in complete privacy they can carry out the study alone.

Once inside, the machine will proceed to examine the breast through the creation of a thermal map using infrared light. This analysis has a cost of 400 Mexican pesos (approximately 19 dollars) and lasts less than 10 minutes.

"What we evaluate is the difference in thermal patterns within the chest and what I mean by this is the differences in breast metabolism and that shows us that there are more cells reproducing in an area or that there are more blood vessels in some area. So it is a very different method from mammography because mammography is an anatomical analysis that tells you whether or not there is a mass. What we want to know is how the breast is behaving from a cellular perspective, ”says Julián. 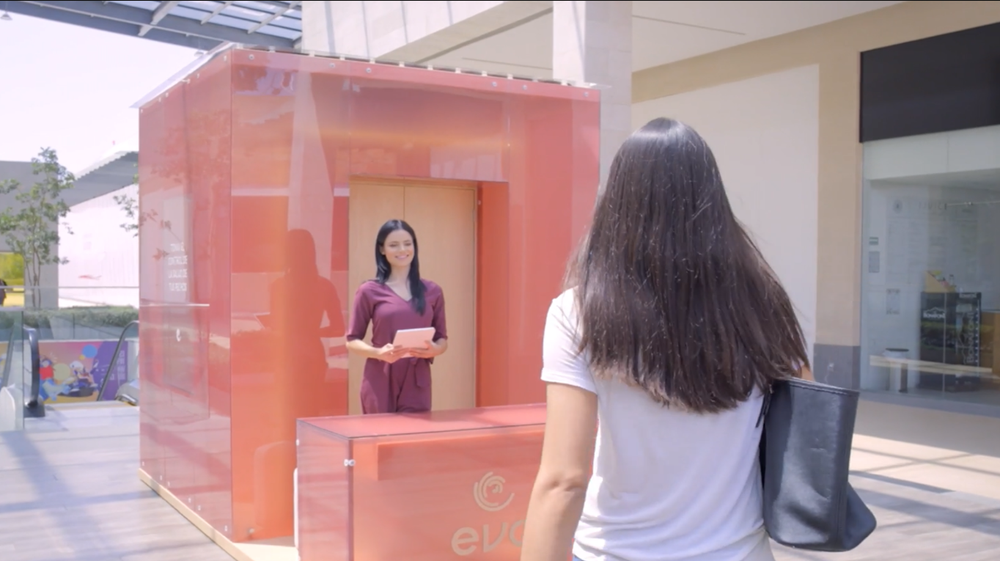 Through the measurement of the thermal patterns of the breast it allows to detect thermal anomalies of zero point one celsius, according to the entrepreneur. After the women undergo this analysis, a certified radiologist in clinical thermography makes the risk assessment and gives the result between 24 and 48 to the patient.

"And this principle of seeking to detect cancer in particular breast cancer by means of functional analysis of the breast, is not new since 1970, but it is until now that we can take advantage of much more sensitive and more precise temperature measurement tools together with tools of artificial intelligence to be able to give an effective and precise analysis to the woman for the case of breast cancer ”, explains Julián.

"We do not intend to replace mammograms"

This product is not intended to replace mammograms, rather it wants to become a complement to help early detection of the disease, which is the second cause of mortality in women between 20 and 59 years of age in Mexico .

"Something that I always like to make very clear is that we do not intend to substitute mammography in any way, it is a method other than ours that complement each other very well, there is research where it has been proven that if a method like Eva is used together with a mammogram, the accuracy is up to 98% compared to just getting a mammogram which is 80 or 85% depending on who is interpreting it or only Eva, which is also a number between 80 and 85 percent. So, they are methods that together are more powerful and we don't want women to use one or the other, we want them to finally use both, that is why we have our membership, which is the backbone of our entire company ”, says Julián.

Likewise, the 21-year-old says that this product does not emit any type of ionizing radiation and the patient is not touched at any time, making it "an incredibly noble and safe method."

Eva already has teams in the ISSSTE 20 de Noviembre, the National Cancer Institute of Nicaragua, in private gynecological oncological clinics in San Luis Potosí, Guadalajara, Jalisco, and in shopping centers in Mexico City, State of Mexico, Monterrey and Puebla .

For now, Julián's company focuses on this product and membership and they are not producing bras, but they do not rule out developing a team that can go to people's homes.

"That will be when the economies of scale and the technologies we use have an accessible price for the general population, today we want to see and help as many women as we can and we can do it with many Eva Centers."

Just over $ 10 million in four years

Julián Ríos started this company when he was 16 years old and today at 21 he reports that one of the greatest challenges is being able to materialize something this ambitious at such an early age and with so many knowledge gaps.

In 2018, Y Combinator, an accelerator from Silicon Valley in California, had the opportunity to participate, where they received an investment of $ 120,000. They also managed to attract the attention of some of the most important funds in the world: Khosla Ventures, Hummingbird VC and Sound Ventures, and interesting personalities such as actor Ashton Kutcher, Jessica Livingston, co-founder of Y Combinator and Paul Buchheit, creator of Gmail, who invested 5 million dollars in them. 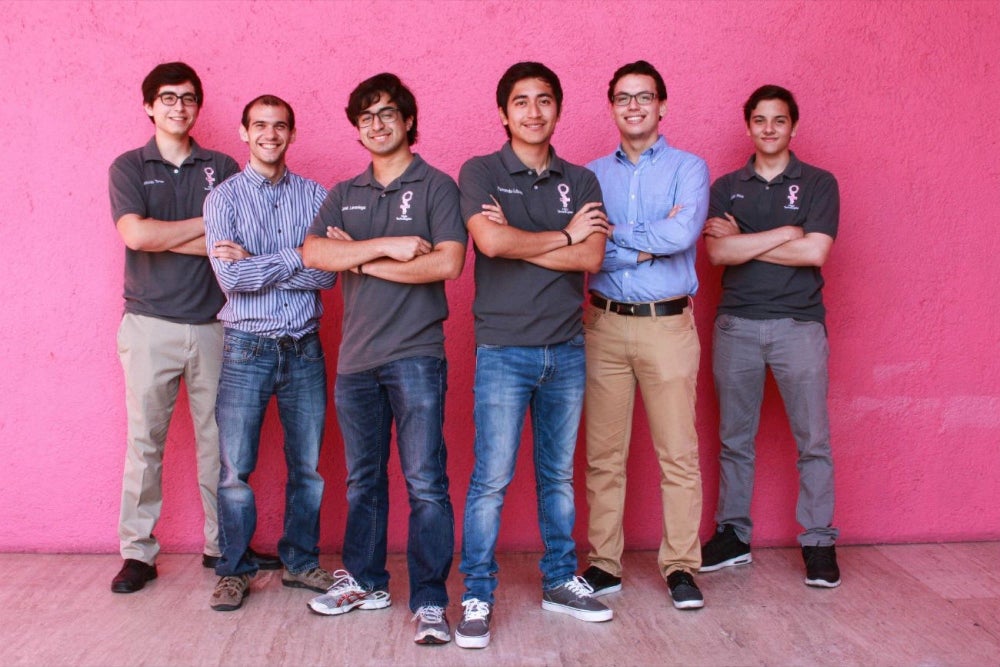 It was thanks to this participation that they began to make their way. However, it was not easy, "since the reluctance to new technologies of a guild as established as the doctor is great ... everything has been a challenge but the mission we have is so tangible and so close to our hearts that there are very few things that really deter us. "

In this way, they have been raising capital, and in their most recent round of investment where Kaszek Ventures joined, they raised around three million dollars, "bringing the total fundraising to a little more than 10 million dollars in the last 4 years of company history ”, explains Julián.

“We are going to use this capital to continue saving lives, we only have six centers, we seek to have national coverage and we want the vast majority of women to be part of our membership, which we see as the best package to be protected from all sides. Someone who has seen breast cancer three times tells you, once with my grandmother and two with my mother, if they had had a product like these or a service like these, their life would have been easier, the suffering would have been less So our mission is to reach more Mexican women and after that continue to venture into this investment fund ”.

In this context, Julián shares three tips to achieve an investment: