Puerto Rico's child entrepreneurship and its philosophy of changing the world

The fact of being at risk of poverty has not been an impediment for Julio and Kevier to create their own company to help the planet.
Next Article

Alejandro Bazo Montoya
October 30, 2020 3 min read
This article was translated from our Spanish edition using AI technologies. Errors may exist due to this process.
Opinions expressed by Entrepreneur contributors are their own.

Julio and Kevier, two Puerto Ricans only 10 and 11 years old, make accessories and household products with their own hands using recyclable materials that they find on the street or that family and friends give them as gifts.

Despite being at risk of poverty, the small entrepreneurs, with the help of the Friends of Puerto Rico foundation, were able to create their own company which they called New World (New World), and with which they are dedicated to seek sustainable ways in the elaboration of their crafts to join the cause of reducing pollution worldwide.

"We want to save the world with our products," they commented during an interview for Entrepreneur in Spanish. In addition, they pointed out that the name of their company comes from the interest of creating positive changes in order to allow a new beginning for the planet.

Lamps, necklaces and earrings are the products born from the creativity of Julio and Kevier, who comment that, to make these, they only use cans, lids and thread. 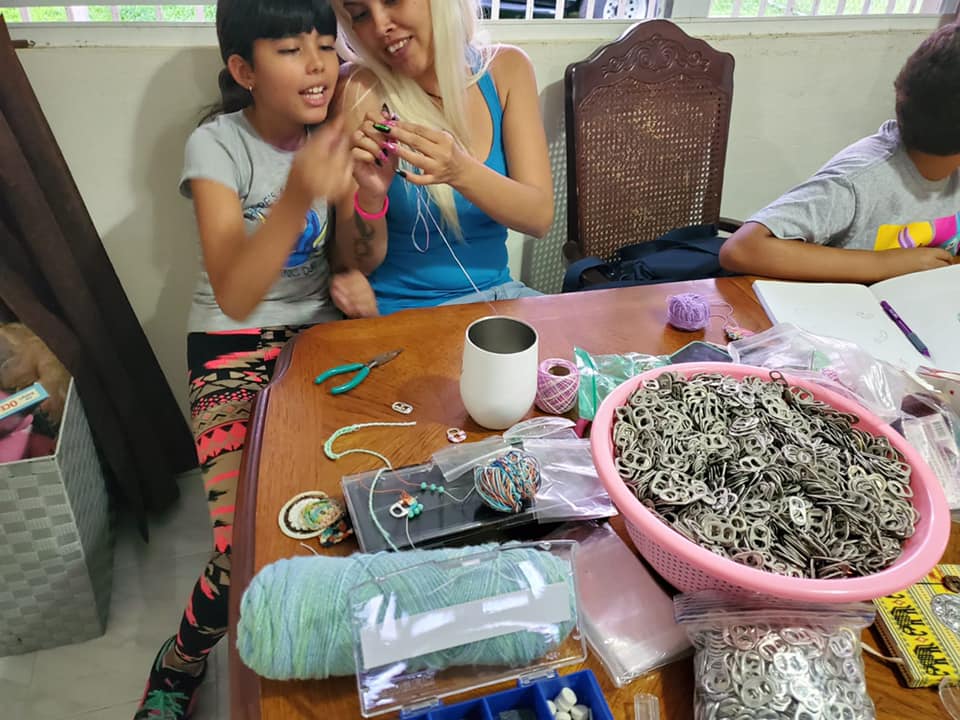 Currently, the crafts are only sold to family and friends, however, both hope that in the future their inventions will be acquired around the world.

A program to promote child entrepreneurship in low-income areas

Most of the American children living in poverty are in Puerto Rico, 56% of them live under low income levels. Through the non-profit organization Friends of Puerto Rico, the SEEDS program seeks to develop children like Julio and Kevier to transform them into leaders and social entrepreneurs with the aim of making their generation the first that will not live in poverty.

“These children have endured poverty, earthquakes, tsunamis and hurricanes. They deserve the opportunity to be heard, ”said Marie Rodríguez, SEEDS coordinator.

The purpose of SEEDS is to develop entrepreneurial skills in students who are between 9 and 12 years old to have in them skills that can benefit their professional future, as well as their commitment to society.

Since its implementation in 2019, the program has managed to create until today, 25 companies together with 100 students from various public schools, who, like Julio and Kevier, are committed to creating positive social change through the vision of their companies.