The recently concluded festive season sales and falling daily new Covid-19 cases have uplifted the mood of the nation. About 77 per cent Indians in a survey by lending platform IndiaLends said they are optimistic of economic recovery, of which 49 per cent reported they expect the turnaround to happen in the next six months.

IndiaLends conducted a nationwide survey of nearly 1,700 respondents that comprised of both the salaried and self-employed.

As per the findings, 27 per cent respondents believe the economy will turnaround in the next three months, 22 per cent said it will take three to six months and nearly 28 per cent are still weighning on the pandemic as they expect the economy to fully bounce back in the next six months to one year. 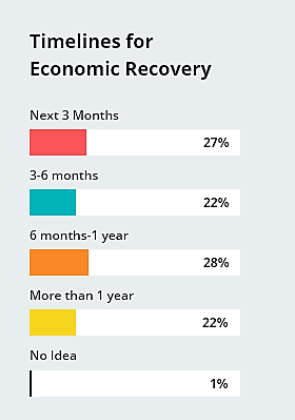 Micro and small businesses were the worst hit due to Covid-19 led lockdowns, with many even forced to shut shop. However, as the economy is heading back on track, people are optimistic about starting new business.

Further, at least 7 per cent of the respondents said they would opt for a loan to pay for upskilling courses, indicating the impact of Covid-19 on jobs and the need to utilise free time to acquire new skills.

Additionally, 11 per cent respondents plan to take a personal loan to meet increasing household expenses towards consumer durables, such as dishwasher and washing machine, as people continue to work from home amidst the pandemic. 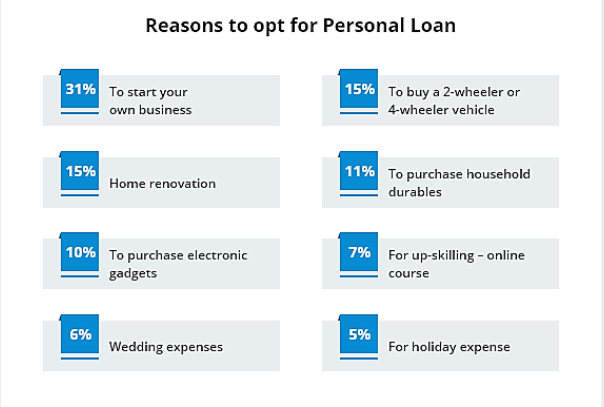 “There are clear signs of a business revival and consumer confidence. This is evident in the uptick in loan applications from enterprises such as MSMEs as well as individuals, including millennials, and the many reasons they are taking those loans. Our latest survey reveals that businesses and individuals are keen to return to a ‘new normal’ life and start 2021 on a positive note,” said Gaurav Chopra, founder and CEO, IndiaLends, in a statement.