The fast food company in partnership with Unilever's The Vegetarian Butcher introduced the Whopper Vegetal.
Next Article Add to Queue

María Arcia
December 2, 2020 3 min read
This article was translated from our Spanish edition using AI technologies. Errors may exist due to this process.
Opinions expressed by Entrepreneur contributors are their own.

Are you ditching the meat and craving a hamburger? Burger King presented its most iconic burger, but with plant-based meat. It is the Whopper Vegetal , which is already available in more than 200 restaurants of the chain in Mexico.

"This time we wanted to amaze the entire Mexican market and satisfy our guests who are looking for new alternatives, that is why we created together with The Vegetarian Butcher , from Unilever , the first Whopper plant based in Mexico," he commented in the presentation , Guillermo Hermosillo, Marketing Director of Burger King Mexico.

According to Unilever representatives, the Whopper Vegetal was developed specifically with “flexitarians” in mind: meat lovers who want to cut back on their consumption, without sacrificing taste and texture.

“This option smells, cooks and tastes like beef, but is 100% plant-based… It was developed specifically with meat lovers in mind, but who want to leave it out of their diet for a couple of days at a time. week without compromising the experience of its consumption and taste ”, said Adelma González, CEO of Unilever Food Solutions.

I had the opportunity to try the dish and what I can tell you is that indeed the flavor and texture are very similar to that of beef. The truth is really amazing when you try it. However, when you open it, you will notice a slightly different smell than a traditional Whopper. In my very personal opinion it looks like a normal hamburger and tastes like meat, but it doesn't smell like meat. 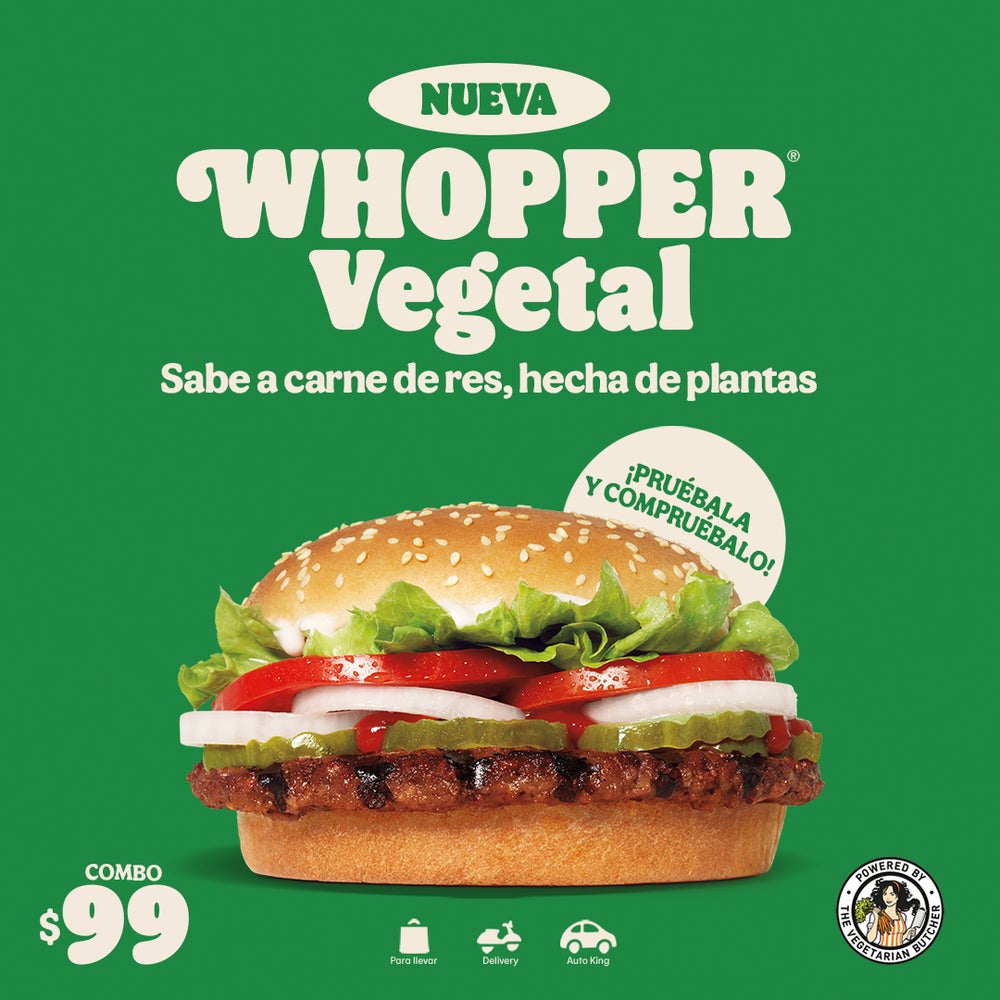 The food is available in more than 200 Burger King restaurants, nationwide, for a price of 99 Mexican pesos in combo, it can be purchased directly at the counter, Auto King, and with the delivery partners of the fast food brand .

The hamburger meat was developed by The Vegetarian Butcher, a Dutch company founded by Jaap Korteweg, a ninth-generation meat-loving farmer who decided to go vegetarian after the swine fever outbreak. It has soy, wheat, herbs, and vegetable oil as its main ingredients.

The Vegetal Whopper is a hamburger with 45% less fat and 30% fewer calories than the beef of an original Whopper, according to Guillermo Hermosillo in the press conference.

According to Euromonitor's annual Lifestyles Survey 2020 , 28% of Mexicans consume less meat today. The research showed that 48% of these people reduce their intake of meat products for health, 11% for animal awareness, and 6% for sustainability.

This launch comes a year after Burger King's alliance with Unilever-owned The Vegetarian Butcher in Europe, the Middle East and Africa. It is important to mention that it is NOT a vegan product, since the meat is cooked on the same grills as the other Burger King Whoppers.

8 Controversial Marketing Campaigns That Paid Off